When your league has 3 of the top 5 preseason teams, you have to expect league depth to be a major talking point at Big Ten Basketball media days, and the coaches didn't disappoint.

Almost to a T, every Big Ten coach raved not just at the strength at the top of the conference, with preseason national title favorite Indiana at the top spot, followed by Michigan and Ohio State, but in the middle and bottom. Minnesota head coach Tubby Smith said he expected the Big Ten to place more teams than they ever had in the NCAA tournament this season, and with at least 9 schools that could credibly claim a tourney birth as a season goal, that is certainly possible. Multiple coaches cited not just the improved talent level, but the experienced and strong coaching staffs as the reason for the strong depth.

That doesn't mean there weren't a few fairly new faces in the crowd. First year Nebraska head coach Tim Miles was unquestionably the star of the press conference. Miles faces a tough rebuilding job with Nebraska, a program that isn't located in a talent-heavy area and lacks depth and playmakers on the current squad. He talked about expanding recruiting into the B1G footprint, along with Colorado and Texas, but got the most attention near the end, when he trolled the Cubs-fan heavy press corps ("I'm a Cardinals fan...I know we've been doing it a long time to ya!"), and then tweeted a photo of the press corps, while explaining how his 12 year old just taught him out to use his camera phone. Nebraska may not be very good this year, but Miles will never be boring.

Ohio State certainly expects to be one of the top teams in the Big Ten, and enters this season with high expectations, even with questions about rotation, or who might pick up some of the scoring load left by the departing Jared Sullinger and William Buford. When we asked if Matta expects a 3rd player to step up the scoring responsibilities or for more of a by-committee approach, Matta went with the later. "I've always said the best teams I've ever had you never knew who was going to be the leading scorer. It's kind of emerged throughout the course of the game, and I view this team as that's what is probably going to happen for us."

That by-committee approach will certainly have to depend on players who weren't getting a lot of minutes last year. Matta, Aaron Craft and Deshaun Thomas all raved about how the team as a whole is progressing, although Craft and Thomas both mentioned Amir Williams and Sam Thompson as players who have shown growth in particular. Thomas thinks that both can pick up an increased scoring load, saying "I'm not sure how teams are going to be able to double team me all the time, with all the weapons we have." OSU will still need strong years from Craft and Thomas, both preseason All-Big Ten selections. 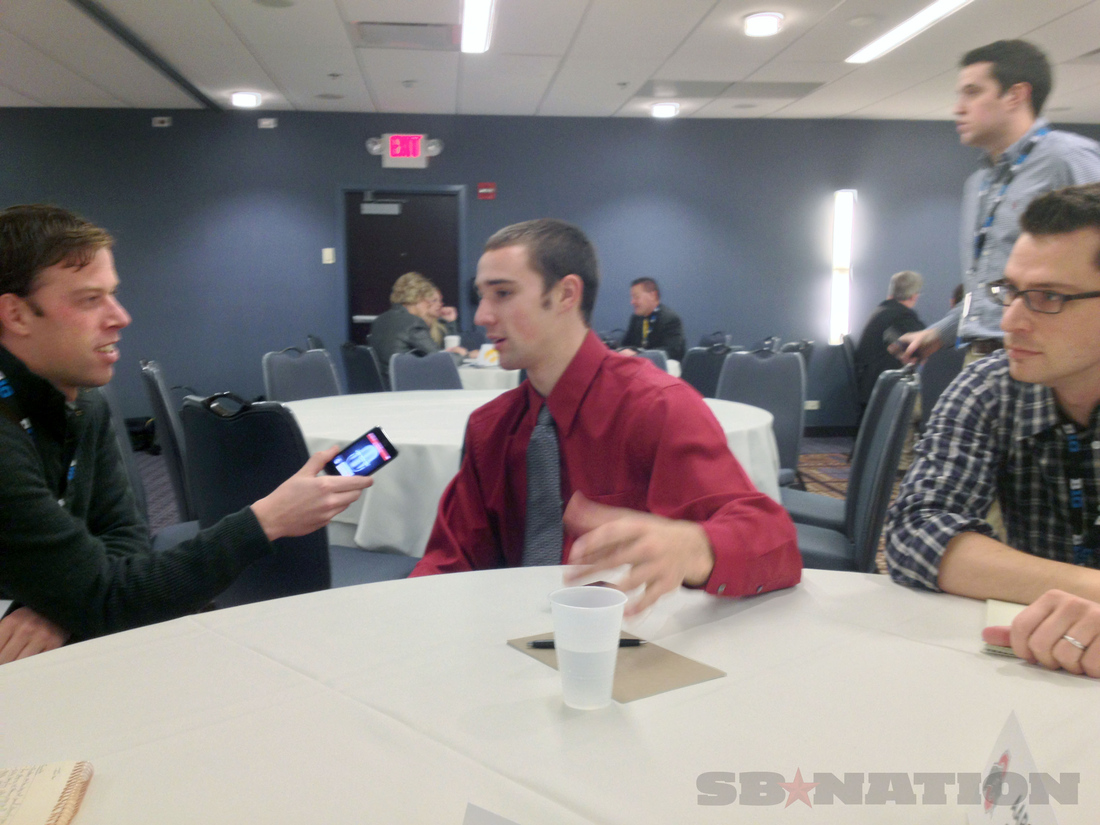 They will certainly need every weapon they can get, give the rigors of the conference schedule. Both Indiana coach Tom Crean and Michigan State coach Tom Izzo said that winning on the road in the Big Ten is one of the hardest things to do in college basketball, and Craft and Thomas didn't disagree. Thomas singled out Purdue in particular, saying "that place is so loud!" To prepare for road games, the Buckeyes blast loud music at practice to simulate not being able to hear plays or communication as well. When asked to compare B1G crowds to other places they've played, Craft added that Kansas was tough as well ("I have no idea how they cram so many people into that building"), but that the physicality and isolation on the road makes every Big Ten game a battle.

Matta didn't give many clues as to what the starting lineup might look like, as the team is still trying to figure out exactly what they have and who they are. They know they have an electric scorer in preaseason all Big Ten Deshaun Thomas, who has had a very productive summer. Matta noted that Thomas has lost weight, and that "the light is on for him in terms of what he needs to be an effective player." 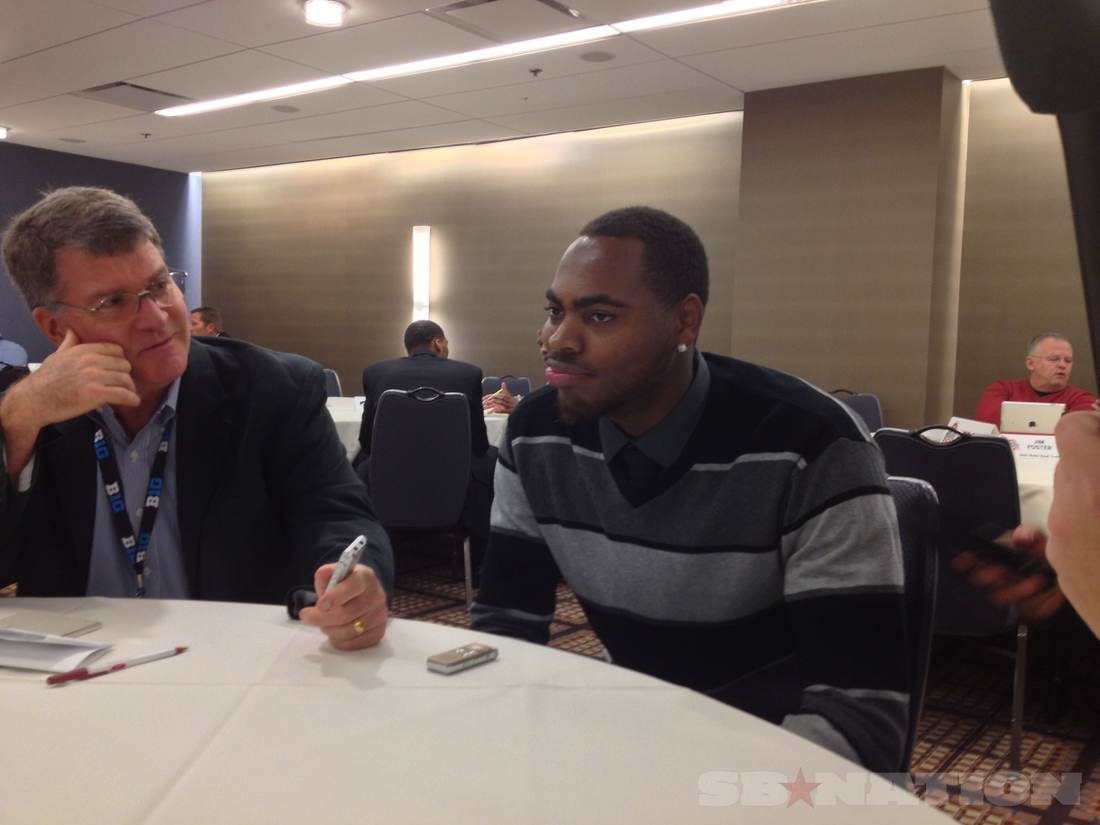 As for what that light might mean, Thomas added that he's really focused on his ballhandling skills, knowing when and how to attack, and conditioning. Given how flexible this roster is, Craft says he can see Thomas moving between being a guard and a big man, depending on the situation, saying "he'll probably take whatever is harder". Both players were adamant that they were prepared to do whatever they needed to win, whether that's Craft being more aggressive with his shooting, or Thomas drifting outside, depending on the situation.

Ohio State isn't the only team to have questions. Michigan head man John Beilein said that he isn't sure exactly what his starting rotation will look like, and may not know until Big Ten play. While Tubby Smith says Gopher star Trevor Mbakwe is healthy, but they plan to bring him along slowly. Wisconsin has to break in a new point guard in Josh Gasser. Virtually every team has some level of uncertainty heading into the season, and knowing the meat grinder of a schedule and the quality of players, we should be headed for some unpredictable games and amazing performances.

All of that PLUS the Tim Miles twitter feed? If that doesn't get you excited, I don't know what will.