First we got a glimpse into what the uniforms looked like. Now more detail on the black facemasked reportedly chrome helmets.

The hysteria surrounding Ohio State's 2012 Nike Pro Combat uniforms rages on as an Ohio State fan on Twitter pointed out to Chris Creamer's Sportslogos.net a not yet for sale t-shirt which pretty clearly exhibit the same black facemask clad helmets we saw in the leak from the Ohio State athletic department's official team store yesterday. The irregularity of seeing an Ohio State helmet with a non-traditional facemask remains probably the hardest part to get past of what we know of the design, but the rest of the helmet certainly doesn't disappoint.

The wider helmet stripe in many ways calls back to the that of the 2011 Ohio State Nike Pro Combat uniforms.

Given the wealth of leaks in the last 24-48 hours, it seems inevitable (particularly given the proximity to The Game) that an official announcement concerning the uniforms should be out shortly. How far the rest strays from what we've seen remains to be seen.

Here were the stills of the t-shirt showcasing the close up views of the helmet: 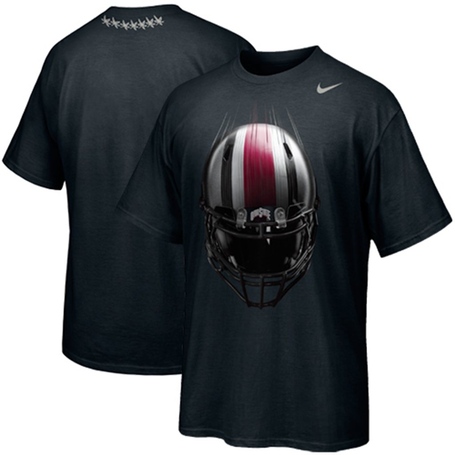 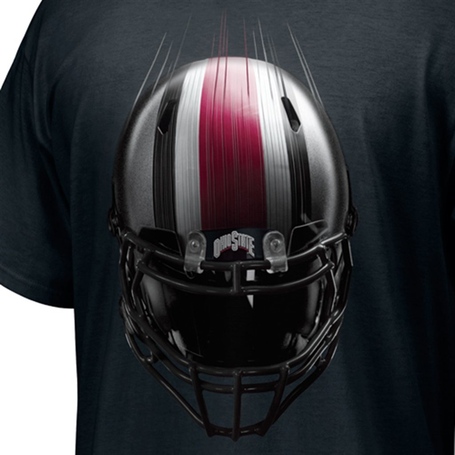 UPDATE: Reader @KJHill42 shared that they ordered similar merchandise yesterday from the same site but even though the gear in question is also no longer for sale, they received notice today informing them that it had shipped anyways. The plot thickens: 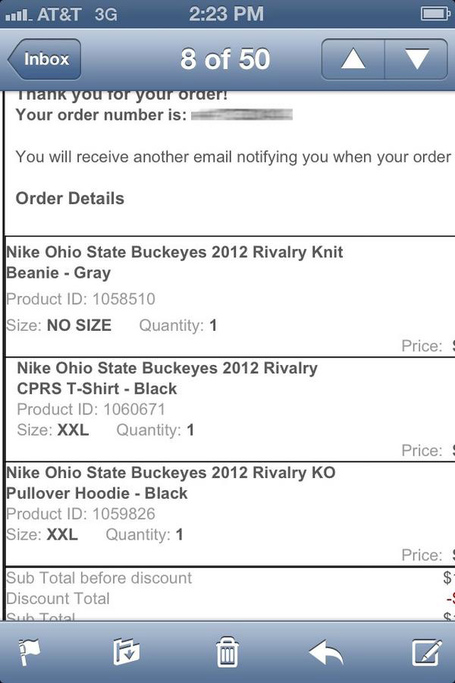