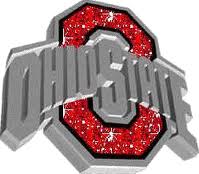 I'm not going to bore you with specific differences between Jim Tressel and Urban Meyer, however numerous they may be. That point is worn out like that suit your dad gave you that you just grew out of. What I do want to focus on is the future path of the program, and it's CEO, Urban Meyer. Let's take a look at day 1.

Meyer made it no secret that he intends to leave favoritism, seniority, and Ohio roots, as things of the past when it comes to "deserving" meaningful playing time in the scarlet and grey. The above mentioned tended to play a significant factor into suiting up on Saturdays all too often in the past. Not Anymore.

Remember Adam Bellamy, Brian Bobek, TY Williams, Ricquan Southward, and Jamie Wood? You sure don't. Bellamy and Wood were really the only two that touched the field for the Bucks at some point in their careers. Whether injury related (Jamie Wood) or not, all of the above and then some have left the program. This is only first wave I might add. Expect several more players to take their talents elsewhere in the off season. This attrition represents a few things:

1) This is a football business; an organization with a certain set of expectations that places personal accountability for the team's sake very seriously. What happens when you were work in an organization and you can't get it done, or you come in with a bad attitude? You get fired or you quit. It's that simple. Let's not mistake you're also going to college to get an education; but in the case of these athletes, you have a responsibility to a team outside yourself.

2) Unless your name is Braxton Miller, repeating a mistake can be very costly. You can throw Christian Bryant's name in that hat as well, as he continues to defy the odds every game. Small mistakes will kill you with this coaching staff. I think everybody has been pumped about Rod Smith and his progression over the past several months-and then he fumbled the ball against Illinois in the 3rd quarter. You didn't see him the rest of the game. I guess the point is that playing time is truly earned in this system-at the same time, you can relinquish it just as fast-the best players play period. That true mentality has its feet firmly in the ground in Columbus now.

3) Meyer knows that the more recent typical BIG 10 athlete can't compete with the likes of growing SEC powers, etc. If you follow recruiting, you've noticed a sharp drop in the # of offers to Ohio's finest. That's not a coincidence. Meyer believes firmly that recruiting is a national battle, and he intends on the Buckeyes being in on all of it. Only 4 of the top 10 committed recruits to this point in the season are from Ohio. Of the remaining targets, it can be argued that not one of the 5 most wanted are from the Buckeye state. I'm told that while Meyer knows the value of maintaining great relationships with high school powers in Ohio, he and his staff likely only see anywhere between 5 and 8 prospects a year being taken by the team. As every year, the top 5 are almost sure offers right out of the gates, but to think that the Buckeyes may only have 25 percent of their roster occupied by Ohio kids in the next 3 to 5 years is certainly shocking when comparing it to the past.

4) WATCH OUT FOR 2014-THAT CLASS WILL BE THE BEST OHIO STATE RECRUITING CLASS IN RECENT MEMORY. If you can remember that you heard the names Raekwon McMillan, Dashawn Hand, Jabrill Peppers, Nick Glass, Dante Booker, Clifton Garrett, Andrew Brown, and Jalen Hurd, and that you heard them here first, that would be greatly appreciated. All of these recruits will be on hand for the OSU/TSUN game on November 24th, adding a whole heap of gas to that ol' fire. That 2014 class could keep growing in number with further attrition

5) Overall the program is changing and it's not one of these slowly but surely gigs-I mean are you betting against this team going 12-0 this year? I'm not. Meyer knows how big this turnaround is; losing your head coach and going 6-7 in one year to possible AP national championship consideration and a 12-0 record the next year. Don't discount how big of an impact and statement that is. I think it can be argued that even in a year where Oregon, K-state or even Notre Dame winning a national title is big news, that this is, Ohio State rebounding like this and going 12-0, is a bigger story! This truly changes the face of the Big 10 and the future outlook of the conference. And the real difference, people actually believe and expect it to happen. If you're a Buckeye fan, truly ask yourself this, would you believe this team would close out the next two games and go 12-0 if Jim Tressel was flying the plane?