Any excuse I have to post said play I will until the end of time. Also, MGoBrian has a tremendous year-that-was recap on the painful 2011 Ohio State Buckeyes.

The gold standard of Ohio State podcasts is joined by the Dispatch's Ohio State beat writer Bill Rabinowitz. They discuss what was, what will be, and what Pope Urban's reign means to OSU football.

Tippy Dye: the original Troy Smith. All around boss.

More on the turn around undergone by Corey Linsley since Urban Meyer and co. came into town. Also some perspective on Jack Mewhort's continued evolution.

Turner not bothered by 'fabrications' in book

Evan Turner's denial game, much like his NBA one, still needs some work.

Oh, GG. You were looking so good! Even though his general point is right, his timing and delivery could use work. The "I haven't read most of it" take doesn't exactly lend one valid criticism license either. 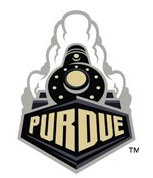 Why that smoke doesn't look at all like a... Welp. It sure does.

Jim Delany managed to compare the bcs discussions to the Egyptian spring and also referenced ostrich races. No real news, however.

Lime-A-Rita, Bud Light Puts Margarita Flavors in a Can

Coming soon to an off-campus Ohio State living room near you.

Say goodbye to your social life.

The internet has a greatest hits album.