A Modest NCAA Proposal: Realignment? How About Relegation?

Share All sharing options for: A Modest NCAA Proposal: Realignment? How About Relegation?

My major sports loves are college football and professional basketball, but for the rest of my family, soccer is king. My mom grew up in Sao Paulo. One of my uncles even played club ball there, so when the World Cup rolls around, intensity in my family approaches a level typically reserved only for religious devotion ("Matt, it's time to go to church." "But Brazil is about to play Poland!" "...turns out we can have church at home today"). Like a lot of folks, I dutifully gave the EPL a try during college, to try and sustain that level of energy.

I never got into it. I'm sure the fact the games would play during weird hours of the day didn't help, or the fact that my ADD-ravaged American brain couldn't handle 80 min without scoring. The lack of a salary cap, draft system, and tacit acknowledgment that more than half of the teams don't have a chance in hell of winning the league bugged me a little bit too (I guess I think that every team should have a chance at a title without having to resort to being purchased by a shady Russian oligarch. If that makes me a football 'outsider', then so be it).

But you know what is awesome about the EPL? Relegation.

For those who aren't familiar with the process, the bottom three teams in the EPL standings every year are banished to a second division (which is somewhat analogous to the minors). The top finishers in the second division are also promoted to the EPL, and so forth along all the varying levels of English soccer. This system is used in other leagues around the world. Under this system, technically any squad at any level could win the highest championship, so long as they could sustain a strong enough record to be promoted. Plus, you have a reason to watch games between terrible teams at the end of the year. Everybody will play hard every game to avoid being relegated. 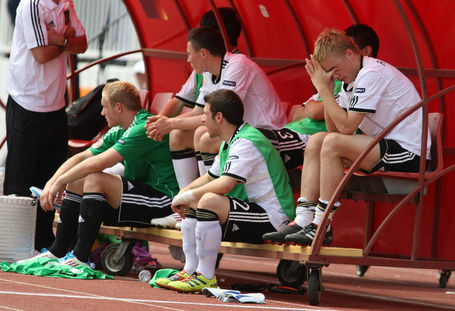 "Please don't make me play in the WAC."

When you explain this process to American fans, they often think of the tankapalooza at the end of the regular season and wistfully sigh. "That sounds totally awesome. I'd love a way to force the Charlotte Bobcats to play teams in Idaho", before they remember "but American minor league teams are typically used as a developmental tools for major league franchises, rather than independent entities. The system wouldn't work here". This is true of just about every sporting arrangement....Except one: College football.

Waitwaitwait, don't close down the article and go back to Facebook just yet. Hear me out for a second.

I propose that the major conferences align themselves as such:

Big East----NL West (oh c'mon; like anything else about this conference makes sense). 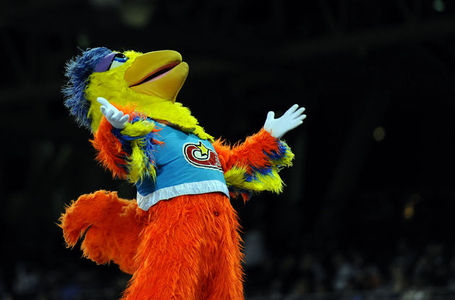 Why is this a good idea?

And now, some possible concerns:

So I'm not seeing too many downsides here, but I am seeing a way to eliminate some boring and dumb football games near the end of the season. Save the harumph-harumph-tradition-Rose-Bowl-student-athletes for Delany's next press conference.