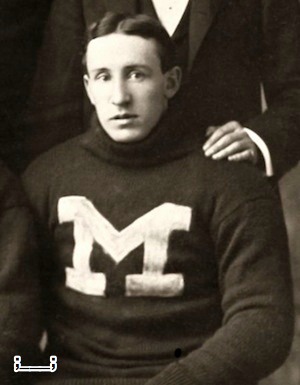 The Original Terrified Michigan Punter
More alternate uniforms on horizon for Michigan football team, AD says
Could Oregon of the West be just on the horizon for that state up north? But remember, thank god they don't wear Pro Combat's like Ohio State.
Meyer's candidness a change of pace - Dotting The 'Eyes
From The Vest? You might say that.
The Associated Press: Big Ten network cuts academics, citing low ratings
If a network eliminates its 3 am infomercials, does anyone who doesn't wake up to them after passing out on the couch following a long day of couch tailgating notice? (H/T Jason of Eleven Warriors)
SMRT FOOTBALL: FIVE VERTS - Every Day Should Be Saturday
If four verts f***s the prom queen, five verts has a grotto full of them.
Michael Rosenberg's final Free Press column: We all have a shot at happiness | Detroit Free Press | freep.com
Never been a huge Rosenberg fan, but he's no Drew Sharp and this was a nice farewell.
SEC and Big 12 Champions to Meet in Post-Season Bowl Game > SEC > NEWS

The SEC and Big 12 collude to launch the Rose Southwest, effectively marginalizing the Capitol One Bowl in the process. Touché, Slive. Touché.

This Week In GIFs: Mostly Just A Bunch Of Terrible Athletes - SBNation.com

Alas, everyone's playing for second this week behind Thunder Dan.

For the weekend, the official recipe for Liquid Dope

If you elect to make it, godspeed.