God speed, Jordan. This would seem to be a solid fit for everyone involved.

Chad starts a look into whether it's more important to have an elite defense or an all-world offense. The results may surprise.

Just received word that Long Beach State will be coming to play OSU in men's hoops on 12/8. cc: @steakNstiffarms

A tourney team, at least. Should be make for a decent OOC regular season opponent.

Lorenzo Neal says decision was 'personal'; Buckeyes still very much on his radar.

The defensive coordinator role fits him like a trusty glove.

A Horseshoe filled with orange and black? Ohio State switched from those colors to scarlet and gray in 1878. library.osu.edu/find/collectio…

Imagine what could've been...: 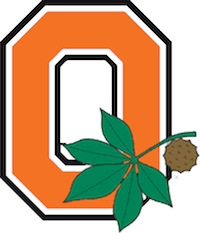 To Win the Big Ten, Rule the Skies - The Only Colors

You should probably read this.

Horace E. Cow for hegemon of the universe.

Power stuff from the author of "Friday Night Lights".

The best multimedia stack in the world gets to strut it stuff.

A cure for the case of the Mondays: