Part one of a two-part epic. Look for part two later today on EDSBS.

ATTN. STAR MAKERS - I am Dr. Luke Fickell, Physical Harnesser of Destruction. I recently found myself with a lot more spare time than I had at this time last year and have used accordingly to produce a sci-fi epic I see as a real game changer. I penned it with my long term writing and creative sparring partner, Doctor Professor Vrabro, Esq. As you can see by our many professional titles, we are very serious, hardcore sorts of literary bros. We seek an advance payable in the form of a lifetime supply of grey market 'JACK3D'. You have 24 hours. 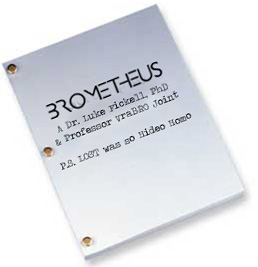 EXT. DINO-EARTH, PROBABLY AT LEAST 10-15 YEARS BEFORE THE BIRTH OF OUR LORD. LOOKS LIKE JURASSIC PARK MEETS VIAGARA FALLS BUT OLD AS SHIT

A TURBO RIPPED SPACE TIM TEBOW is like so jacked. His tear-away tee tears away on its own just by his breathing in and breathing out. He seems kind of thirsty and spent though. Could definitely use a mad protein power play.
TURBO RIPPED SPACE TIM TEBOW
Father, forgive me, for I am parched.
Out of nowhere there's like this SICK CANISTER OF SPACE PROTEIN. It looks DOUBLE CHOCOLATE BROWNIE BLAST FLAVORED. Just GOOD AS F. He slams that 'ish but something's not right. He's... Too swoll. His muscles are flexing out of control and we cut to a bitching CGI of spread offense plays running through his head. Team are winning like all the national championships and Urban Meyer is there holding up like 10,000 Crystal Footballs. Explosions go on in the background because, DUH, EXPLOSIONS. Something else happens and it's not clear kind of vague but awesome. DEUS EX MACHINA, BRO.
FADE TO FUTURE

Yo V-Dawg. You TOTALLY gotta see this shit. 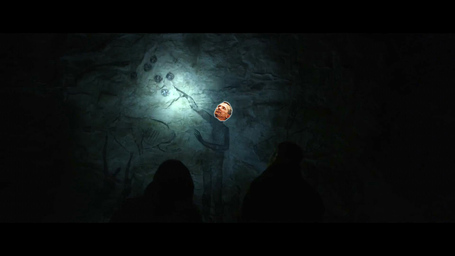 It's not a map. It's an invitation... To the most bangest space party, like ever. You see those space orbs?

Um, bro. Not gonna lie; they sort of look like some giant shriveled old alien balls.

Nah, dude. That's just what footballs look like.. in space.

So like, what do they want? Do they want us to have an epic space dream about that time just after our mothers died our dad and I were at an African funeral and it turns into this big stupid existential poop show where I eyeball the crucifix he's wearing and it's all like 'is there a god or are we created by space people or some bullshit?'

Hardly, yo. I'm just reading between the lines here, but I think those bad ass looking space dudes revolutionized this jam it down your throat offense called the 'spread'. I think they want us to come learn it from them.

Heh. Jam it down your throat. And spread? Is that short for spread what I think it is?

I think we both know the answer to that.

EXT. ESTABLISHING SHOT OF THE BROMETHEUS. Only the SICKEST RIDE EVER TO SPACE CRUISE FOR ALIENBABES, GO ON MISSIONS FOR OLD BROS IN TACKY LOOKING FACIAL PROSTHETICS, AND LEARN SPACE OFFENSES. 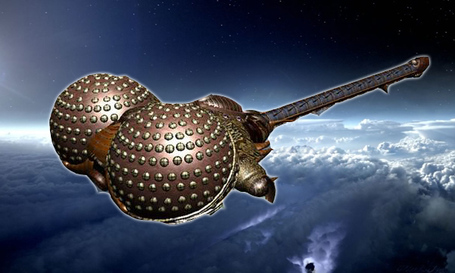 There is no context or rhyme or reason why everyone is taking a bro siesta in space but they are. Our doctors who are also archeologists are probably also well networked and like can totally get space missions paid for on a moments notice, when the m.o. is learning some space offense or chasing space tail. Maybe a little bit of column a, a little bit of column b.

We could have some establishing shots of stuff going on around them while they're sleeping but they're probably dreaming about crazy college fiestas which are way more interesting.

This KIND OF NOT STRAIGHT LOOKING ROBOT BRO wakes everybody up, most notably our two doctors who are also archeologists. There are other supporting characters (mostly hot chicks), but who cares about them because DOCTORS WHO ARE ALSO ARCHEOLOGISTS... IN SPACE.

Everyone's throwing up from the shock of their bodies leaving 2 years of space sleep. Who knows how future science works.

Throwing up is just backwards eating. You have to eat right to train right and you have to throw up right to untrain, am I right?

Hello, my name is David. Irrationally instead of being powered down for much of the last two years of our space mission to conserve energy, I watch shitty retro TV and films, and use Rosetta Stone. You can never learn enough languages!

I know not of what you speak. I am here to be the surrogate son to some anonymous rich old guy and deliver quirky facial expressions and one liners. Have I mentioned I serve bar, as well? 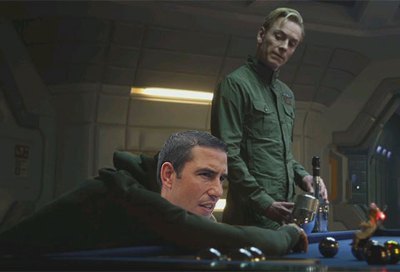 THE ONE NOT WHITE GUY. NO HE WON'T DIE FIRST. WE'RE NOT RACIST, BRO.

So not to waste anybody's time I'm just going to go ahead and get down to business. I mean, I want to make sure all of our jobs are safe, but then again I'm just the athletic direct... I, I mean captain. Contrary to reports attributed to me, this ship is not facing any violations. So in that case, what are we doing here? 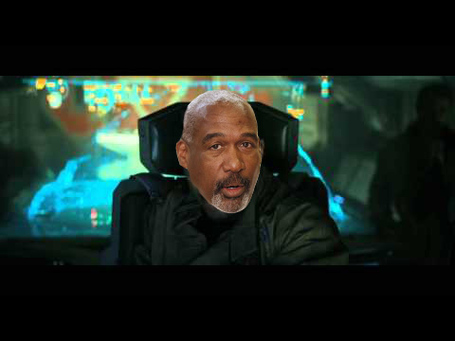 So Dr. Vrabro Archeologist and I found these sick cave drawings. Pretty sure they're from space because they look space-ish. Without doing any further research, I think we can safely conclude they were an invitation from an advanced alien race to come learn a space offense. We guessed on what planet they were from because it's the future and intuition is crazy sick developed in the future. This whole mission will probably be really deadly and stuff but.... Maybe there'll be space babes?

Well that's all I needed to hear. Let's take the BROMETHEUS down for a landing. Because, I'm the captain.