There's something special about suiting up for duty, no matter what your vocation. Little is more memorable for a class of incoming college freshmen student athletes then the first time they step on to campus or the first time they put on the uniform they'll aim to do justice during the next four to five years of their lives. Who can fault them for taking a moment to mark the occasion? 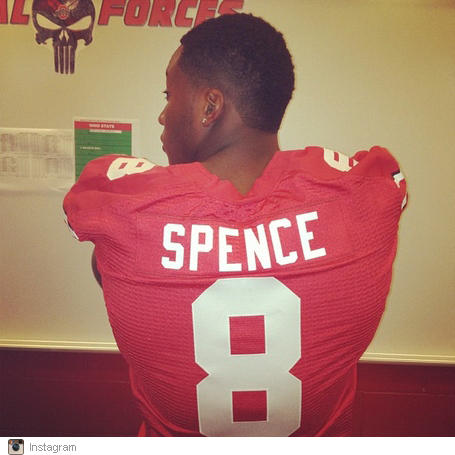 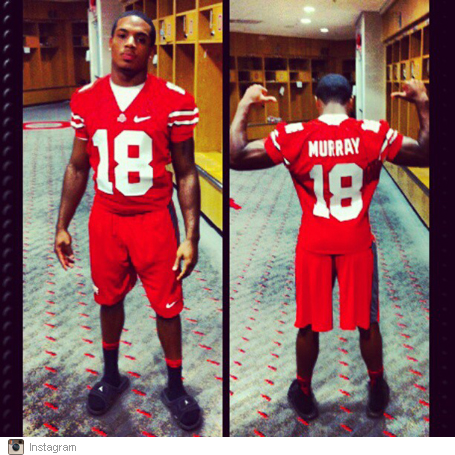 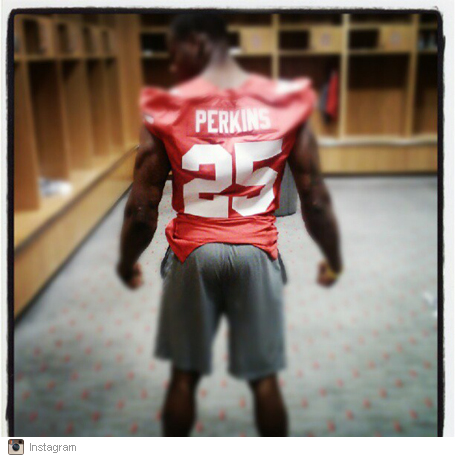 Four star athlete David Perkins is no exception. Wearing 25, the linebacker to be will target to disrupt plays at a clip not always seen at the linebacker position even in a historically strong LB breeding ground like Columbus. 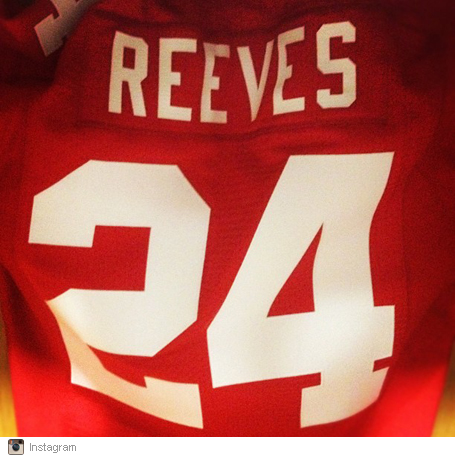 Four star defensive back Armani Reeves joins the party letting everyone know how much he digs his numerical homage to Shawn Springs. Now he'll attempt to make his body of work on the field come anywhere close to the Ohio State legend's career.

Freshman linebacker Jamal Marcus dons the same number that luminaries such as Maurice Wells rocked in years prior. 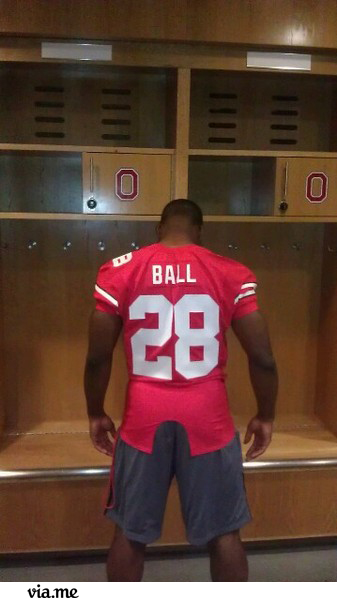 Last and certainly not least, running back Warren Ball does his best Beanie Wells immitation. He now aims to ball so hard opposing defenses will want to fine him.