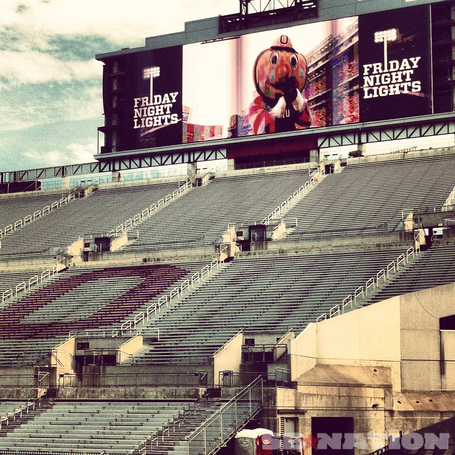 Ohio State's inaugural Friday Night Lights has come and gone. Several hundred fans braved the elements and took in what on some levels was an important recruiting leverage tool for media days buzz recipient Mark Pantoni and first year Buckeyes head coach Urban Meyer but was also a less than enthralling experience overall for an uninitiated fan base. With estimates having some nearly 10% of the crowd recruiting analysts (or self professed ones), the event lacked the pizazz and fervor of even some Spring Games, which to the casual fan, isn't saying much.

Our staff on hand described the event as "cool in that you got to feel relatively close to the action" but hardly an easy sell over all. The afternoon's weather certainly didn't help and students not being on campus probably did the event no favors overall.

While we could wax analytical about Thaddeus Snodgrass looking the part or Drew Barker living up to the hype, none of that really matters. This event is less about adding notes to scouting dossiers nor discovering hidden gems than circumventing the hostile waters of a limited contact period and allowing coaches to up their personal q scores in the mind's eyes in a limited number of the top talent from future high school graduating classes.

Whether or not we (or any fans out there for that matter) get off on AC/DC being blasted at shrill volumes or slickly edited for all intents and purposes YouTube highlight videos of Buckeye football of yesteryear being shown on the big screen, all that matters is those targeted recruits feeling something visceral they can file away in their subconscious when they make the decision where to spend their three-to-five years as student athletes.

There in lies the final destination, and by all accounts, it was reached.

For those who elected to watch The Dark Knight Rises a second (or third) time and/or stay dry instead Friday evening, here's a brief look into what you may have missed: 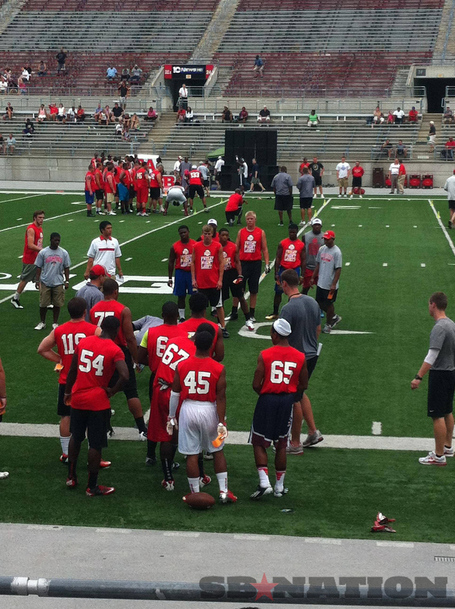 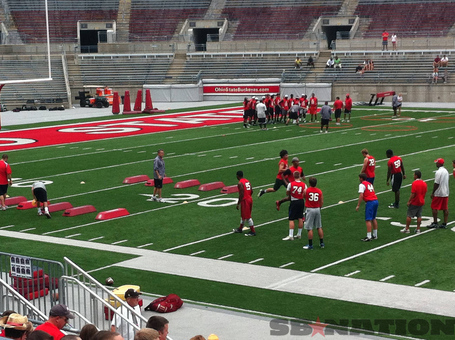 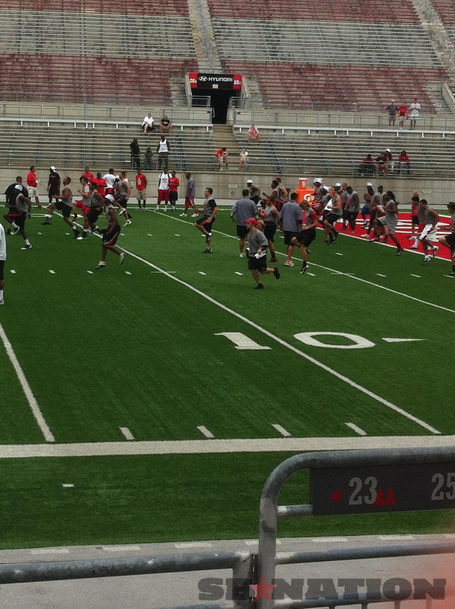 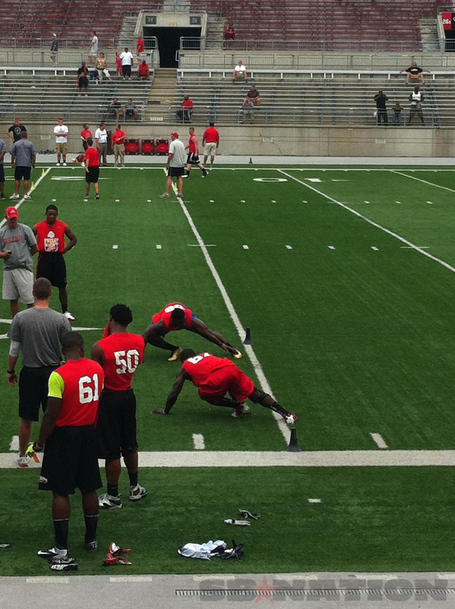 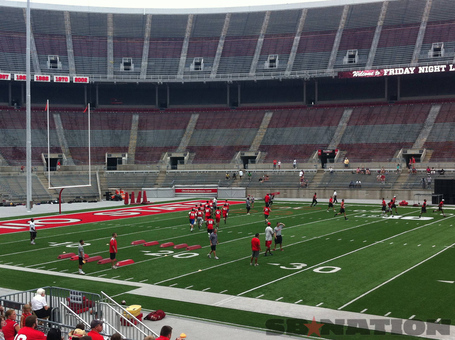 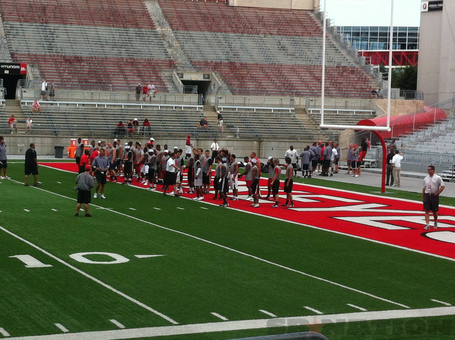 DJ Byrnes and Whitney Monbeck contributed to this report.