Ohio State made their debut Tuesday evening in the ESPN family of networks' answer to HBO's Hard Knocks in a series titled "ESPN All-Access: Ohio State Training Days". The show was about what you'd expect: somewhere between a propaganda film and a YouTube hype video. John Simon and Zach Boren were featured in talking heads prominently and there was plenty of shots of Braxton Miller and co. in action. A few of the highlights (plus the schedule for the remainder of the series): 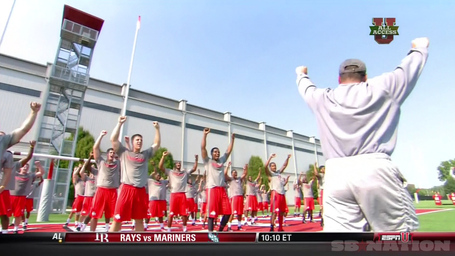 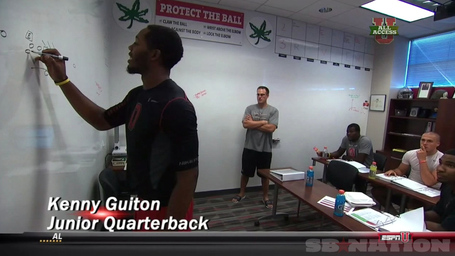 And of course, ice baths being cold, to say the least:

If you want to see what you missed, check out ESPNU at 10 PM EST this evening.

And for the rest of the showings, see the following: