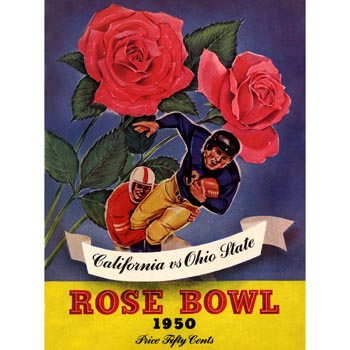 Cal entered the game #3 and with National Title hopes boasting a 10-0 record. Ohio State entered #6 and with a record of 6-1-2. 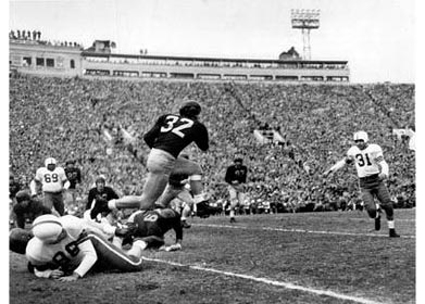 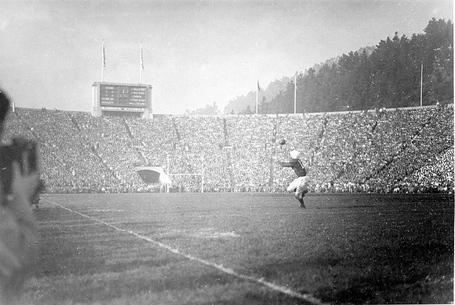 Both teams started off quite slowly not scoring in the 1st quarter. At half time, Cal was up on the Buckeyes 7-0. Head Coach Wes Fesler coached his Buckeyes up and to a big 3rd quarter, scoring 2 TDs and a 14-14 tie going into the final quarter.

Deep in the 4th quarter, with about 2 minutes to play, a 17-yard field goal by James Hague would lift the Buckeyes to Rose Bowl victory and end Cal's journey to an undefeated season.

The MVP of the game was RB #33 of the Buckeyes, Fred "Curly" Morrison, with 119 yards on the ground (could be 127 yards, depending on who you ask). Morrison would go on to be a top 10 pick in the following NFL Draft (drafted by the Chicago Bears, but would spend the latter half of his career with the Cleveland Browns). In 1993, Morrison was inducted into the Rose Bowl Hall of Fame. 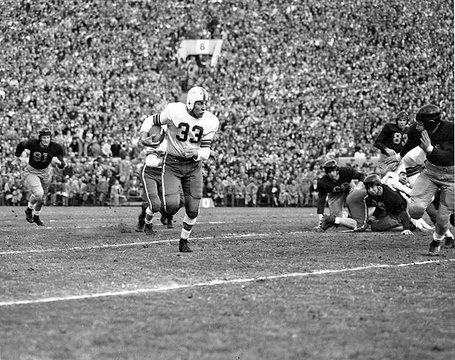 This was Ohio State's first Rose Bowl victory and avenged the 28-0 1921 Rose Bowl loss to Cal, which was a meeting of undefeated squads.