Bradley Roby has taken the brunt of criticism lately, let's take a closer look at his last two performances.

Bradley Roby came into the season as the top cornerback prospect in the country and a perennial top 15 pick. After being suspended for the first game of the season, Roby has been criticized since his return and especially after back to back sub par performances versus Wisconsin and Northwestern. The secondary has looked lost the past two games and the preseason All- American is getting most of the blame. Roby is known as a physical cornerback who is great in run support and may be a lock down corner on Sundays but his play has been alarming lately, or so we think.

I re-watched both the Wisconsin game and the Northwestern game to see where Roby has struggled and here are my findings:

Other: Very good in run support, made one tackle for loss and registered eight total tackles.

* Abbrederis finished with 10 receptions but three of those were clearly not on Roby. It is tough to know what defense is called in but the three other catches looked like they were not on Roby.

Wisconsin Conclusion: Bradley Roby's scouting report tells us that he is a very physical corner that excels in press coverage and this was the first time that he has been asked to trail one receiver (Abbrederis) around the field for an entire game this season. The coaches dialed up press coverage on Abbrederis on 21 out of 57 snaps, out of those 21 times that Roby pressed, Abbrederis was targeted seven times and they completed two of those passes. In press coverage, he was flagged for one penalty (holding), broke up two passes and let up a touchdown where Roby actually had great coverage on but Abbrederis made a great play on the ball.

When Roby played off of Abbrederis that is when he got abused. Joel Stave targeted Abbrederis and Roby ten times and completed five of those passes and drew a pass interference penalty. Roby only broke up one pass and had an interception on a poorly thrown ball. As I said earlier, it is tough to tell on the television what type of coverage was called but Abbrederis was in Roby's zone on these plays when he made the catch.

Overall, Roby is great in press coverage and I think that Coach Fickell needs to play to his cornerback's strengths more often. The box score read that Abbrederis torched Roby, recording 10 catches for 207 yards and a touchdown but in reality, when Roby was asked to play to his strengths, he held his own and played like an All- American. Sadly, Abbrederis may be the only receiver that Roby will be asked to press and follow around this season so we may not see him play this aggressive for the rest of the conference slate.

1. Here Roby is lined up in single press coverage on 3rd & 8. Roby gives Abbrederis trouble off the line and gives him no space to make the catch, breaking up the pass perfectly. 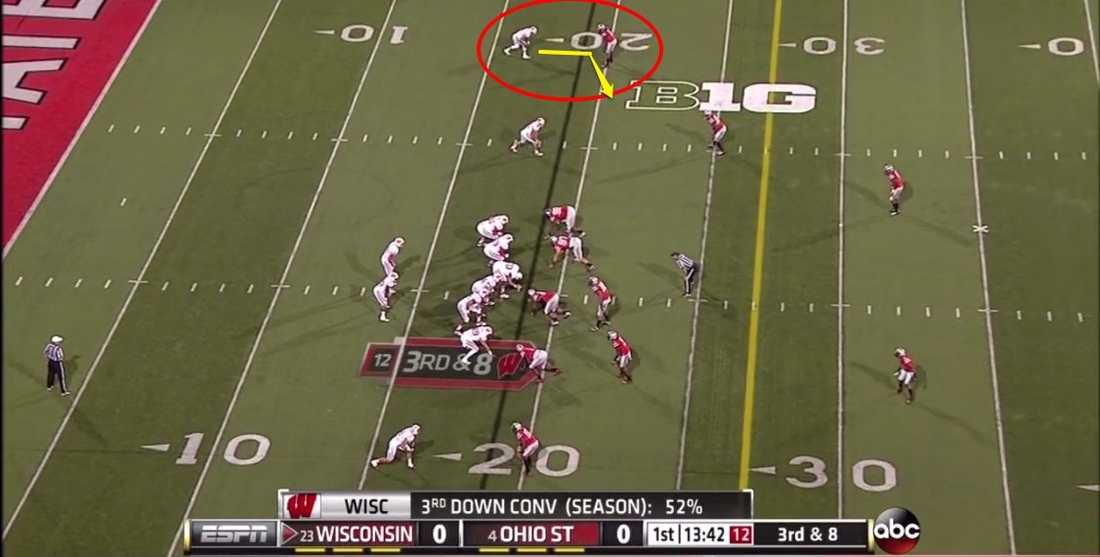 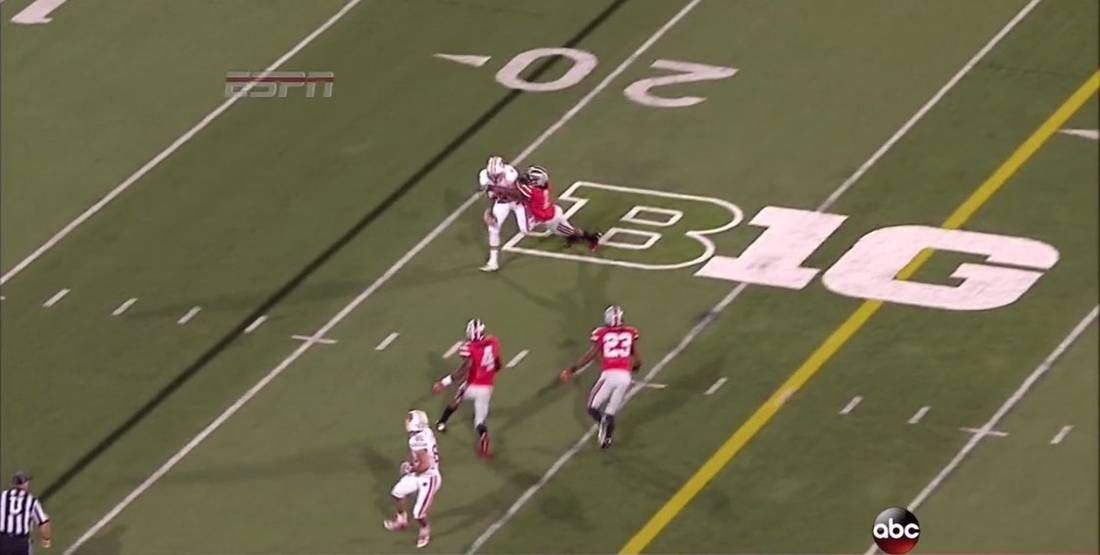 2. On this play, Roby is lined up six yards off of the line of scrimmage on 1st & 10. With Roby playing off of him, Abbrederis fakes to run the post, getting Roby to turn his hips and cuts out for an easy 17 yard gain. When Roby is not up on the wide receiver playing physical press coverage, he is vulnerable on the sideline and Wisconsin took advantage of this for the majority of the night. 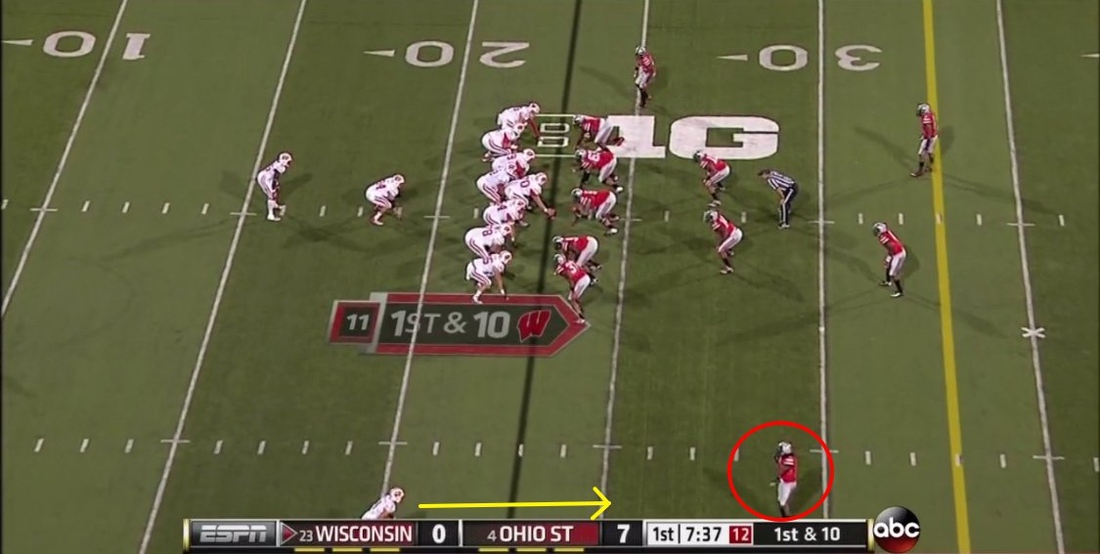 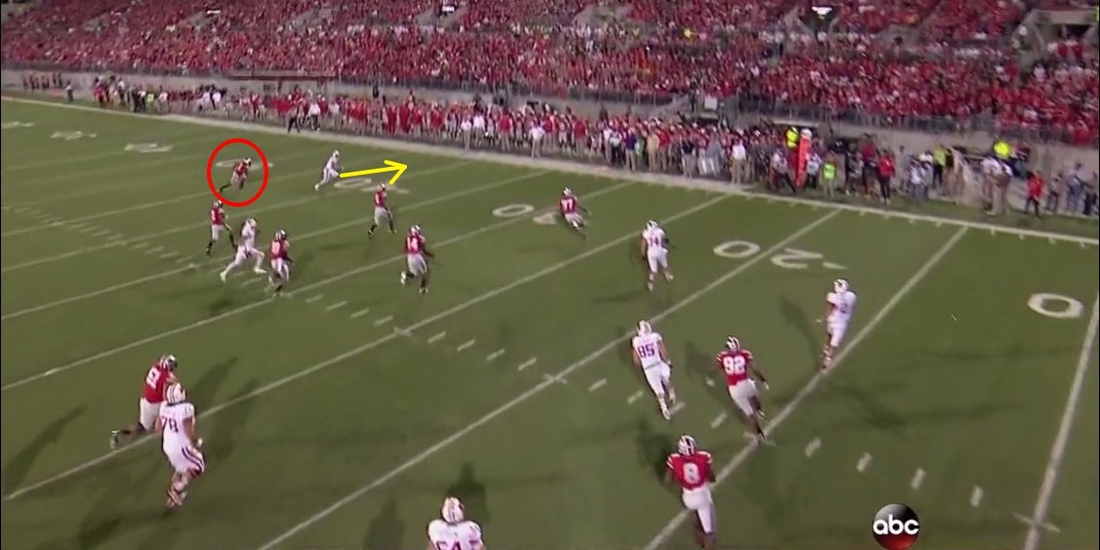 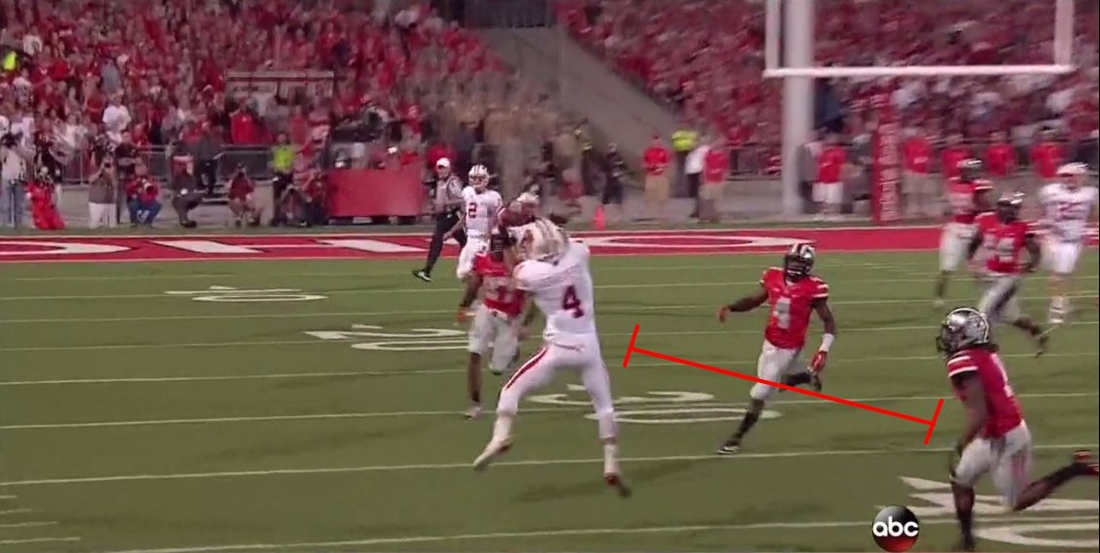 Snaps: 70 out of 71 Northwestern plays

Northwestern Conclusion: Northwestern did not have a single wide receiver that demanded Roby to follow him around for the night like with Abbrederis. Roby played the boundary cornerback position, where the more physical, run defending cornerback plays. Roby did not press as much as the Wisconsin game and it was evident with the 4/4 target to completion rate. The Northwestern quarterbacks did not target Roby as much as Wisconsin quarterback Stave did but when they did, they completed all four passes.

When the Buckeyes are facing a team that lacks a stud wide receiver, I feel as though Roby should be asked to press at least 50% of the time and not even allow the opposing quarterback to look his way. Roby was targeted zero times when he was in press coverage and allowed all four of his targets to be completed when he was playing off the wide receiver. When a corner of Roby's caliber is on your defense, it allows you to lock up a side of the field (see: Revis Island) and roll coverage to the other side to help the other cornerback or help the linebackers in coverage (Grant played poor in coverage vs. Northwestern).

After watching these two games, it is clear that Roby can still lock down any receiver in the Big Ten if he is asked to, and to allow this defense to play up to their capabilities, I would allow Roby to play more press coverage. I am not putting the entire secondary's struggle on the coaching staff, as Roby can improve on his technique when he is asked to play off of a wide receiver but based on my findings I would have Roby play more press coverage. A physical cornerback who enjoys contact like Roby does not come around too often and for this team to succeed, Coach Fickell needs to play him on an island.