How it happened: On the play prior to the touchdown, the Buckeyes came out in this same set and ran the same play but the screen to Chris Fields was thrown. It looked as though Coach Tom Herman wanted to see how Cal's outside cornerback (#20) reacted to the screen. He flew up to defend the screen and Devin Smith blocked him out of the play, this set up the next play. 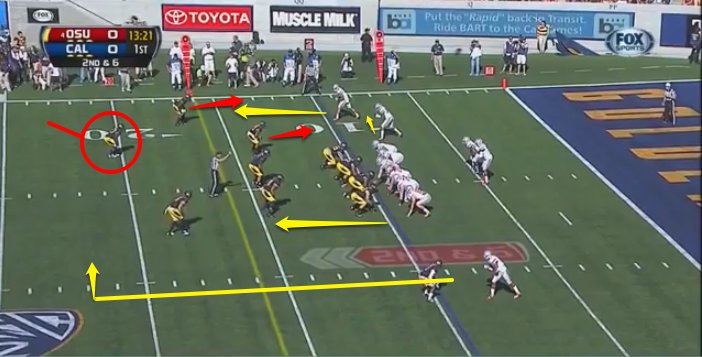 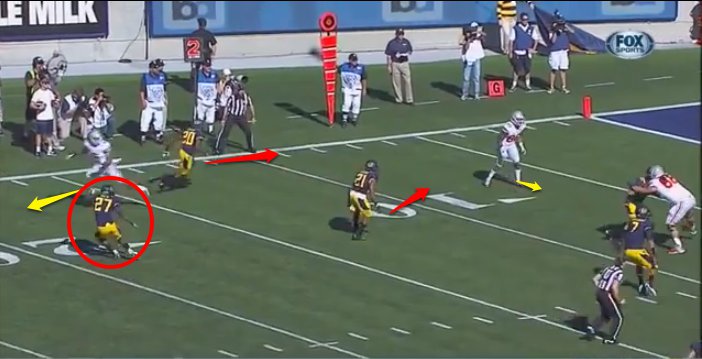 With Field's showing the WR quick screen again, #20 on the outside, disregards Smith and allows him to run freely right by him. That leaves the safety (#27) by himself on Smith, who already has the speed and momentum to beat #27 easily. This play was a success because of great coaching and the execution by Guiton and Smith, not to mention poor technique and a blown coverage by the Cal defensive backs.

How it happened: With only ten seconds remaining before halftime, the Buckeyes decided to go for it on 4th & 7 instead of risking a punt block or return. Philly Brown was lined up outside to the left with Chris Fields lined up in the outside slot and Jeff Heuerman situated in the inside slot. 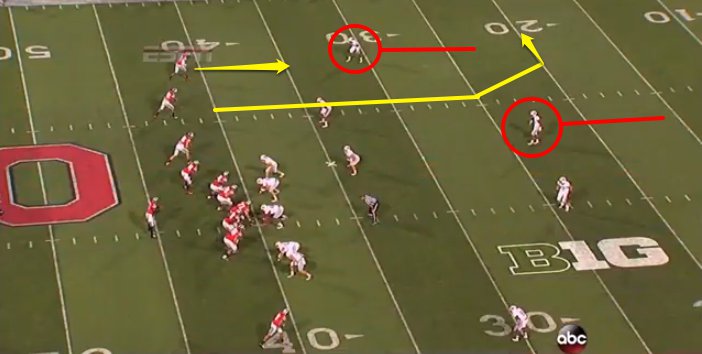 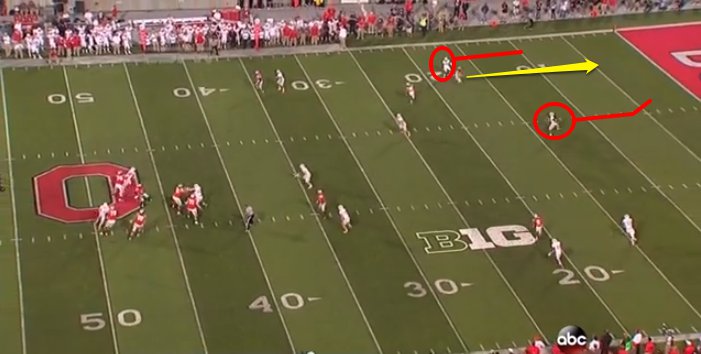 The cornerback seemed to slow down just enough on Fields' deep out pattern and the safety was slow at getting over to Brown. Brown split the cornerback and the safety and the cornerback displayed poor cover 3 technique for the touchdown reception. It looked as though the cornerback slightly bit on Field's route just enough to allow Brown to get wide open. The safety has centerfield in cover 3 and did not get over in time to disrupt the pass but the real fault is on the corner. Miller threw a great deep ball and hit Brown right in the numbers to extend the Buckeye lead to 24-14. 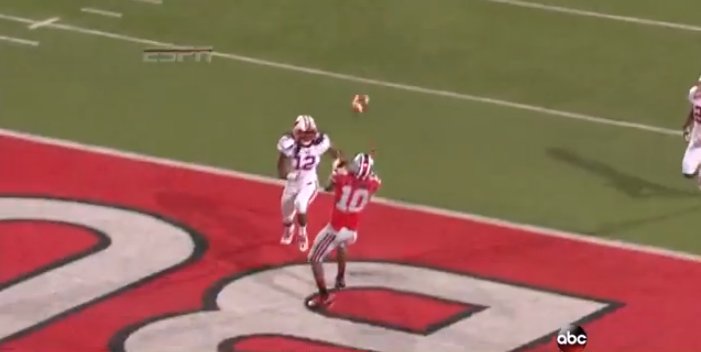 How it happened: Grant lined up a yard off the Northwestern WR (#17) in press- man coverage. Grant played text book press-man on this play. He used his hands to slow down the WR, stayed on the inside hip of the WR, read the eyes of the quarterback and jumped the quick out pattern. 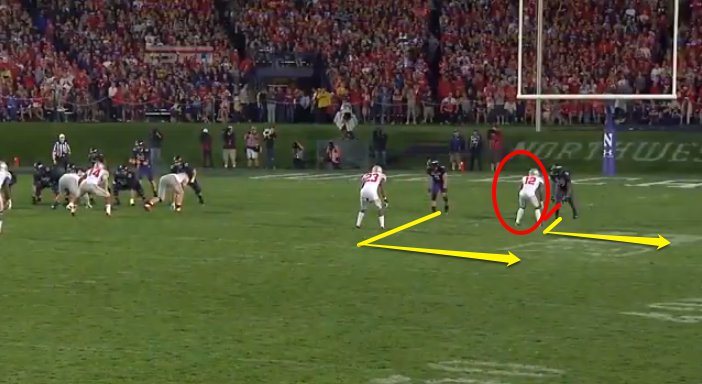 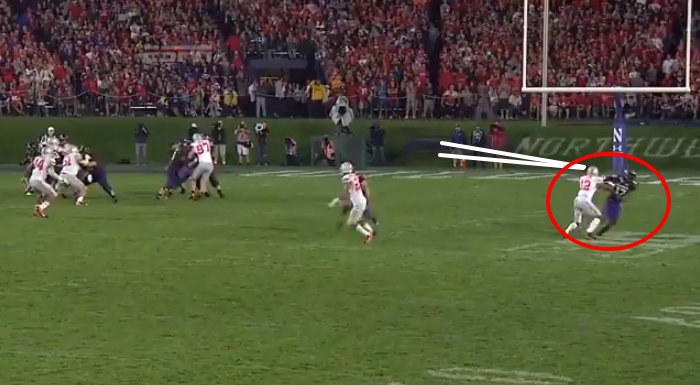 Grant has his hands on the WR and peeked in the backfield to read the quarterback's front shoulder. He stays on #17's hip, breaks on the ball and intercepts the pass. The excellent play gave the Buckeyes momentum and the ball inside the Northwestern red zone. With a play like this, maybe the Buckeye defense will dial up more press coverage during the second half of the season. 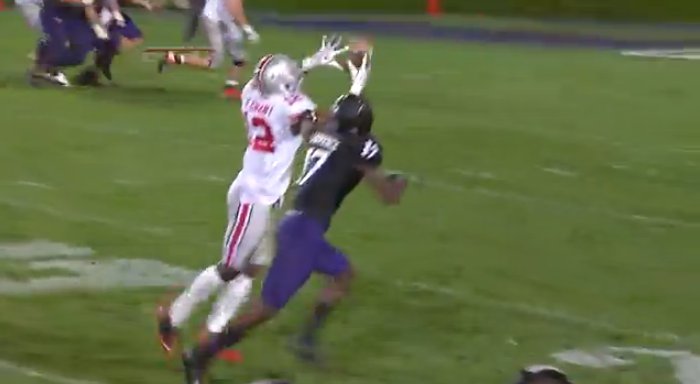