Illinois has lost a lot from last season's squad. What should be expected of them this season?

Coming off of a second-round appearance in the NCAA Tournament in 2013, Illinois is in the midst of a transition year. The Illini return only four players from last season's team and have NINE new players on the roster, including five freshmen and four transfers - only one of which is eligible to play. They have some obvious talent, but this team is largely a question mark coming into 2013-14.

Brandon Paul - owner of the second highest usage rating in the Big Ten last season at 29.2% -- was one of the least efficient high volume scorers in the NCAA last year. However, his streaky nature led to some of Illinois' largest wins and his 16.6 points per game still need to be replaced. For instance, there is no one on the Illinois squad this season capable of giving them 35 points against a top-10 Gonzaga team.

In all, the Illini lose about 49% of their minutes played and 63% of their scoring from last season

The Illini also lose D.J. Richardson, a do-it-all guard that dropped 13 points-per-game, and Tyler Griffey, a good stretch-four that provided a bit of size in the middle. Finally, Myke Henry left the program to transfer to DePaul, and Sam McLaurin has graduated after being allowed to transfer from Coastal Carolina for a season.

Luckily, their incoming recruiting class is among top-15 in the nation, led by four-star recruits Kendrick Nunn and Malcolm Hill. Nunn is a 6'2" combo guard from recent prep power Simeon with good athleticism and even better shooting ability. As with most combo guards coming out of high school, he'll need to work on his point-guard skills but he'll be counted on to play immediately. Hill, a 6'6" slasher, will provide solid play at both ends of the floor but needs to improve his shooting. Also, Austin Colbert should also see minutes as a 6'9" face-up power forward. The final two are extremely skinny and may not be ready to play, but most likely they'll be forced into action due to a lack of depth.

On the transfer front, the Illini got good news and bad news. The good news is that Rayvonte Rice is ready to play this season after sitting out last season. Rice finished third in the Missouri Valley in scoring while playing for Drake in 2012 with 16.8 point-per-game, along with 5.8 rebounds and two steals. He's the typical tough, undersized wing that seems to populate the mid-major ranks every year, and he'll be a welcome addition to a young squad. Jon Ekey is also eligible this season out of the MWC, and he's a 6'7" stretch four that will try to replace some of Griffey's production. Unfortunately though, Oregon State transfer Ahmad Starks had his hardship waiver denied, and will have to sit out a season before suiting up in Champaign. 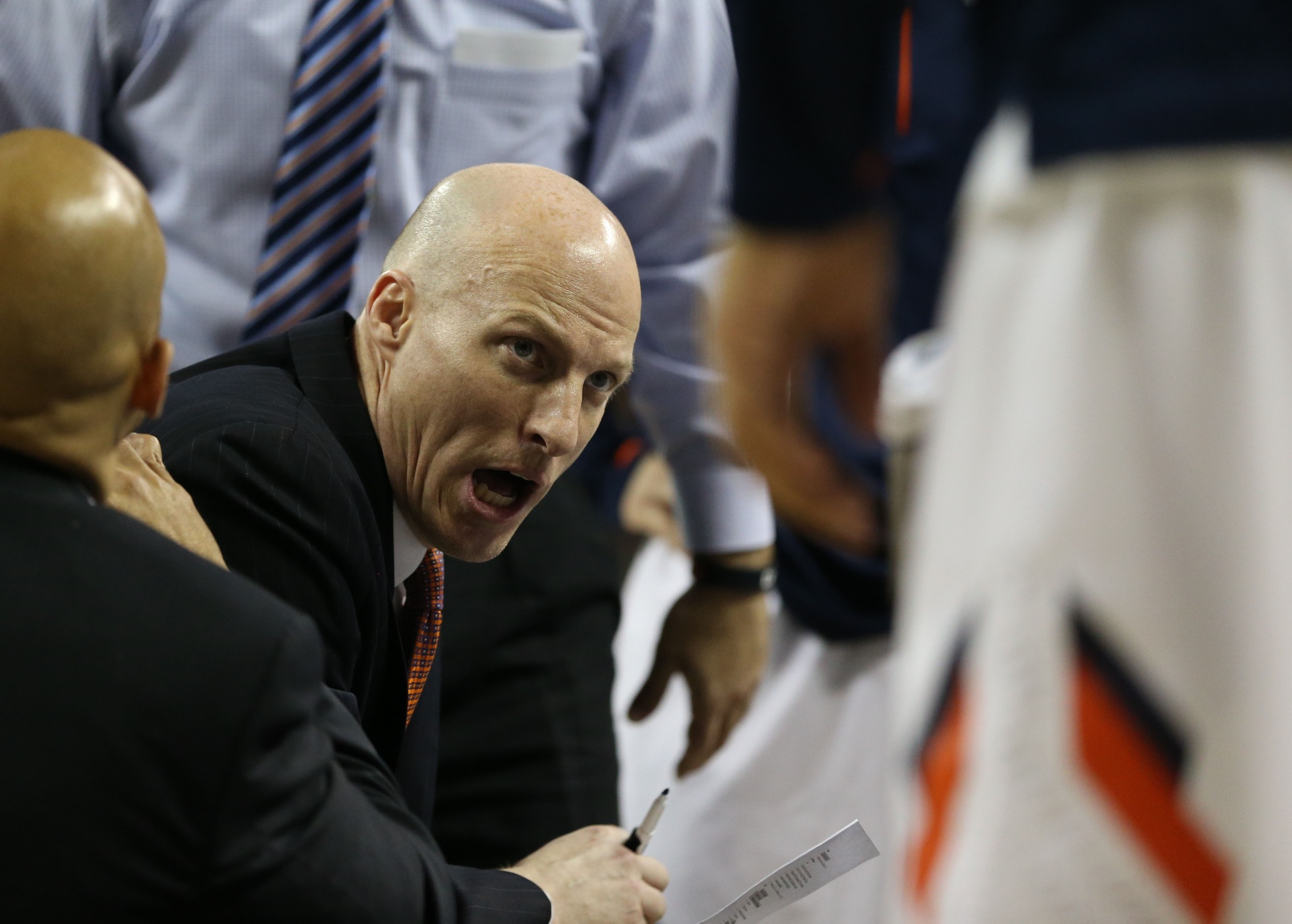 Entering his second year, John Groce has his work cut out for him with essentially a new rotation that will most likely feature at least three freshmen and two transfers.  Luckily for the Illini, I'm a pretty big fan of Groce and think that it's only a matter of time until the Illini are back in the hunt for the Big Ten title. He's a big proponent of playing tough, team-oriented basketball (see last year's T-n-T strategy), and has no problem lighting a fire under his team in the huddle if they aren't performing up to his expected effort level. His recruiting has also been excellent so far, and I really don't think that they could have made a better hire for this program.

This is largely a guess because I don't even think that Groce knows who his starters are yet. Junior Tracy Abrams will assuredly return as their starting point guard. He averaged 10.6 points and 3.4 assists per game last season, and he's one of the few familiar faces that will see time this season. On one wing, 6'6" wing Joseph Bertrand enters the starting lineup after receiving about 20 minutes per game over the last two seasons as a role player. Nnanna Egwu, a 6'11" center that started every game but one last season, also returns, where he'll try to improve upon his per-game averages of 6.5 points, 5 rebounds, and 1.4 blocks. The final two spots will probably come down to two of Rice, Nunn, and Ekey, depending on which of the three play best early in practice.

Whichever of Rice, Nunn, or Ekey doesn't start will most likely be forced to carry the bench scoring. The rest of the bench will likely be very young, featuring Hill and Colbert. It's going to be a young team that features a complete lack of depth if the freshmen don't step up immediately.

With no go-to guy and potentially bad floor spacing, it's going to be difficult to get big scores when they need them

Who can space the floor this season for the Illini? Abrams is not good from distance (27% last season), Bertrand isn't much better (32%), and while Rice attempts them he doesn't particularly make them (24% on 3.4 3PA in 2012). Essentially they're going to be relying on Ekey and Nunn to spot up and make jumpers all season long, and I think their scoring is really going to struggle because of it. With no go-to guy and bad floor spacing, it's going to be really difficult to get big scores when they need them. If even one of the three non-shooters can simply become average in that regard, it would massively aid Illinois' offensive efficiency going forward.

All of the new pieces gel together and this team finds a way to go .500 in Big Ten play after giving stern tests to Oregon, UNLV, Missouri and Georgia Tech in non-conference play. Rice and Abrams combine to average 28 points per game in order to replace Paul and Richardson, and the rest of the pieces fill in around them. They make a decent Big Ten Tournament run, and just fall short of the NCAA Tournament.

None of the pieces fit together, Rice can't translate his game into Big Ten play, and the freshmen prove themselves to be unprepared for college ball. They lose all of their big non-conference games, go 5-13 in the Big Ten, and Groce suffers his first losing season with the Illini.

Eventually the team comes together, scoring some upsets and being a general pest to play all throughout Big Ten play. They go slightly under .500 in conference, make some noise in the NIT, and build towards 2014-15.