Indiana lost their four leading scorers this offseason after an excellent, yet disappointing season in 2012-13. What can the Hoosiers expect out of 2013-14?

Share All sharing options for: Indiana Basketball 2013-2014 Preview: Can the Hoosiers reload?

It's somewhat difficult to call a season where a team reaches the Sweet 16 and has two players go in the top-4 of the NBA Draft a disappointment, but ultimately that's a fair assessment of the 2012-13 campaign for Indiana. They went 5-4 in their final nine games, ultimately succumbing to an inferior squad in Syracuse in the NCAA Tournament. This season, the Hoosiers transition from the Zeller-Oladipo era to the Ferrell-Vonleh era.

Losing two players like Victor Oladipo and Cody Zeller is enough to set back any collegiate program. Both players were All-Americans last season (Oladipo first-team, Zeller second-team), and combined to form an inside-out, offense-defense combo that any team would dream of having. They will be sorely missed, and their impact can't be overstated enough.

The Hoosiers lose 73% of their scoring, most in the Big Ten.

Along with those two though, the Hoosiers also lost their third and fourth leading scorers in Christian Watford and Jordan Hulls. Watford averaged 12.3 points and 6.3 rebounds per game last season, and shot over 48% from three-point range. Hulls was another excellent shooter, averaging nearly 10 points per game on 44% shooting from beyond the arc. Watford will be playing his basketball in Israel this season, and Hulls will be moving to Poland. Finally, backup Remy Abell transferred to Xavier in the offseason.

In all, the Hoosiers lose 73% of their scoring and 61% of their minutes played from last season, far and away the most in the conference. They also lost all of their starting forwards, who accounted for 64% of their rebounding.

Losing this talent meant that Indiana had room to bring in a six man recruiting class, led by one of the best big men in the country. Five-star prospect Noah Vonleh will be thrust into the starting lineup immediately. Vonleh is one of the more polished offensive prospects in the class, and reminds me a bit of a stronger C.J. Leslie with his athleticism and shot-creation ability. He's already excellent off of the dribble and possesses a solid midrange jumper to go with his near elite athleticism.  It would not be a surprise if he immediately becomes Indiana's top scorer this season.

Indiana also brought in three four-star recruits, the best long-term prospect of which is Luke Fischer, a pure back-to-the-basket center that will need to put on weight before becoming a factor. The other two freshmen may be more prepared to make an immediate impact. Troy Williams is a 6'7" forward with a smooth jumper to go along with his length, and Stanford Robinson is a glue-guy guard that brings intensity and defensive play.

If there is a more unlikable coach in the conference than Tom Crean, I would be hard-pressed to find him. He's one massive contradiction that continues to live off of the Indiana name. He uses his - insufferable, mind you - Twitter account to quote scripture (and possibly illegally/accidentally tweet at recruits), but feels okay with cursing out another coach after a game.

As far as coaching ability, he's not adept at making decisions and adjustments on the fly. There were far too many examples of Indiana not being able to get the ball to Zeller in the post in the second half after the opposing coach made halftime adjustments in order to increase the defensive pressure on him. He's also not a particularly strong defensive coach. Prior to having potentially the best defensive player in the country in Oladipo, Crean's three most recent teams at Indiana finished 178th, 92nd, and 49th in defensive efficiency (compared to Ohio State's 1st, 5th, and 24th in that same time span). I don't mean this to say that Crean is a bad coach, but I don't believe it's unfair to say he's a bit overrated. 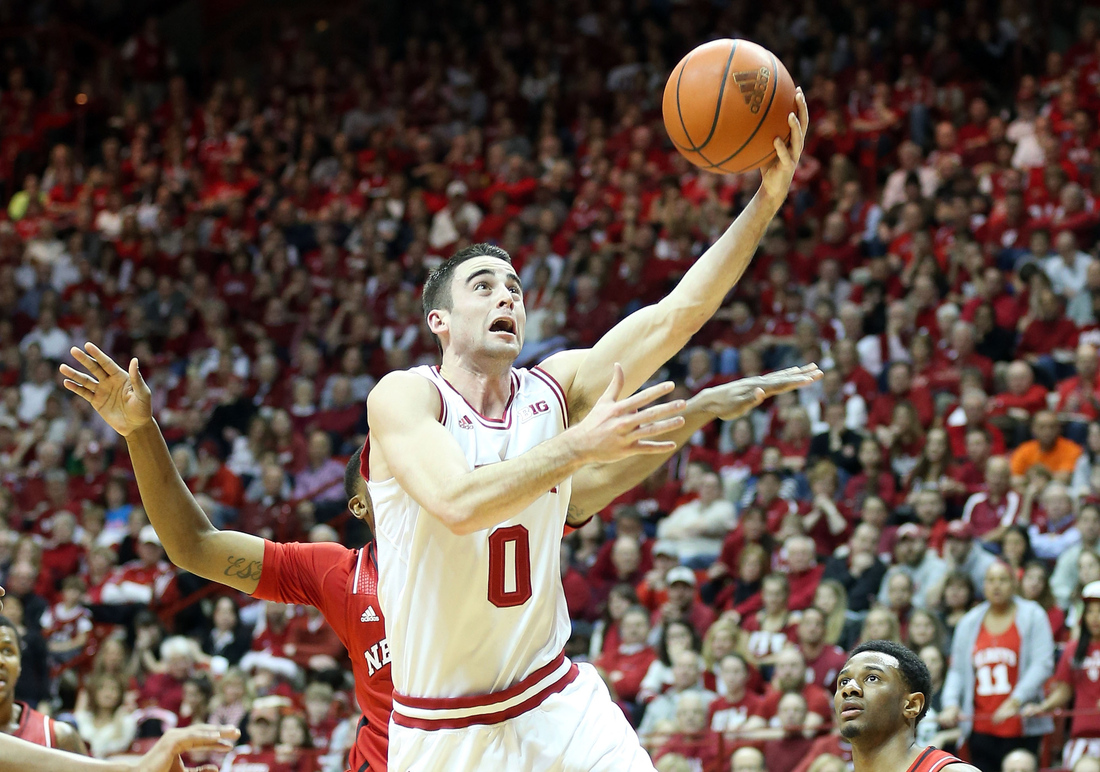 Yogi Ferrell will return to run the offense this season after a successful freshman campaign where he averaged 7.6 points and 4.1 assists per game. This season, he'll be counted on to not only initiate but also create offense for the Hoosiers as their only returning starter. He's a pretty excellent traditional point guard, but this season he's going to be forced to look more for his own shot. His point total should come close to doubling and his assists should slightly drop without as many knockdown shooters on the wing.

As for the other four spots in the lineup, Will Sheehey will assuredly move from his role of sixth-man to the starting lineup, where he'll be counted on to score consistently in double figures. Vonleh will assuredly start next to him in the frontcourt, and my guess is that Williams also joins them. The final spot will probably be in flux for a while, but my guess is that by the end of the year it's Robinson once he returns from injury. Vonleh, Sheehey, and Williams all bring size, length, and shooting ability to the table, so placing them with two non-shooters like Ferrell and Robinson seems to be the most practical solution to get the most out of them.

Considering there are three freshmen and a sophomore in the starting lineup, it should be expected that there is some experience on the bench. That isn't the case. Sophomore center Hanner Mosquera-Perea could potentially start if they decide to go big, but most likely he'll be resigned to backing up Vonleh. Fischer will also compete to get minutes in the front court along with sophomore forward Jeremy Hollowell. Evan Gordon - yes, Eric's brother - is a fifth-year transfer from Arizona State that will see heavy minutes in the backcourt both backing up Ferrell and potentially next to him. He may start, but ultimately they probably don't want to use two 6'0" (at most) tall guards in the backcourt together terribly often.

There are a lot of questions defensively, given that Indiana is a young team with a coach that has no defensive reputation. The loss of Oladipo will hurt most on that end. But I'll go with the less obvious one here that I've been alluding to throughout the piece: which of Ferrell, Sheehey, or Vonleh asserts himself as the go-to guy? My money is probably still on Ferrell, although Vonleh could make it interesting with his ability to step out on the perimeter. No longer does Crean only have to worry about getting a big man the ball in the post, because Vonleh is capable of getting the ball at the elbow extended and taking it to the bucket himself, or shooting the midrange jumper. In the end, Ferrell probably shoots better than his 30% from 3-point range last year and becomes a better shot-creator for himself, but there is a chance that Vonleh could establish himself as their go-to scorer by the end of the year. He's that talented.

The team gels immediately and rips through a somewhat easy - by Indiana standards at least - non-conference slate that includes Notre Dame and a rematch with (an overrated this preseason) Syracuse. They come into Big Ten play as a young, but battle-tested group who eke out a 12-6 record in conference and a 4 seed in the NCAA tournament on the back of Vonleh and Ferrell.

As they recover from offseason injuries, they lose two out-of-conference games - including to Washington - and struggle in the Big Ten early on. Eventually they right the ship, but not before struggling to a 9-9 record in conference, and a 9 seed in the NCAA tournament, where they are immediately dispatched.

They may have one of the best one-two combinations looking towards the future in the conference with Ferrell and Vonleh, but this season is more about building towards the next one. They finish tied for fifth in the Big Ten with an 11-7 record, make the NCAA tournament as a 6 seed, and get knocked out before the Sweet 16.