In the ever changing world of college football fashion, we have you covered on who's been wearing what.

The Scarlet Knights will be wearing their standard white uniforms this weekend against SMU, but will debut a white matte helmet with a metallic logo.

The Mustangs will wear blue throwback uniforms in their American Athletic Conference debut. The uniforms reflect those worn during the years of the Pony Express.

Ranked for the first time since 2008, the Terrapins will wear their White Ops uniforms, basically an all-white version of their state pride jerseys, in their matchup with Florida State. The uniforms, worn last season against West Virginia, are rumored to be modified to match their red state pride uniforms worn this season. 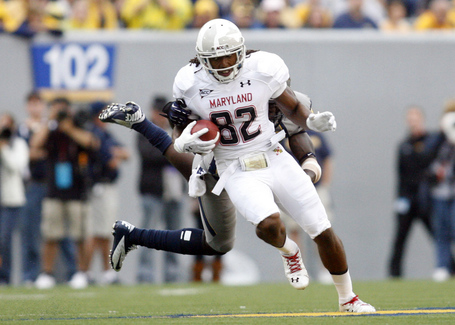 Each week, Assistant Equipment Manager Jason Freeman tweets a picture of what the Tar Heels will be wearing for their upcoming game. Against Virginia Tech, the team will be wearing white helmets with their white jersey and light blue pants.

The Heels also added a state outline decal to the back of their helmets. The attention to detail at Carolina is second to none.

Like North Carolina, the equipment staff at Baylor tweets the teams weekly uniform combination. This week, the Bears will break out chrome gold helmets and all black uniforms for their matchup with West Virginia . The athletic department is also encouraging the fans to wear gold.

Here is our uni combo for the WVU game. Wear gold and #BringTheBling #SicWVU pic.twitter.com/IIIfQc4ZvG

The team wore it's standard away uniforms against West Virginia, but wore a new helmet that will likely never be seen again. Since most teams and coaches are superstitious, the "Phantom Pete" helmet may disappear after the Cowboys were massacred by the Mountaineers. 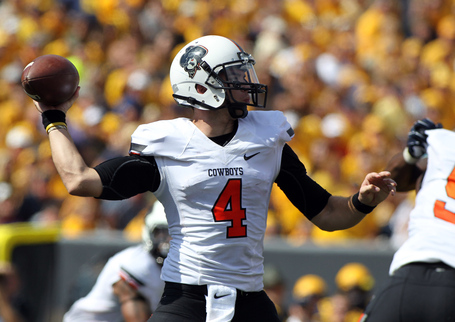 With College Gameday in Evanston and the opponent riding a 17-game winning streak, the matchup with Ohio State could be the biggest game in Northwestern history. No better time to break out black jerseys and maybe even a chrome purple helmet! The rumored helmet would be similar to TCU's chrome helmet, produced by Hydro Graphics Inc. However, if the Northwestern coaches' office is any indication of what the Wildcats will wear, chrome helmets may just be, indeed, a rumor.

Great to catch up with @coachfitz51 and @NUFBFamily today! The #B1GCats are ready for GameDay!! pic.twitter.com/HRCiTl2HBw

The Buckeyes wore the 2013 version of their Nike Rivalry uniforms against Wisconsin, which were very similar to the uniforms worn last season against Michigan. This won't be the last time the Buckeyes wear these uniforms, as the team is planning to wear them against Penn State, while a road version will be worn against Michigan. 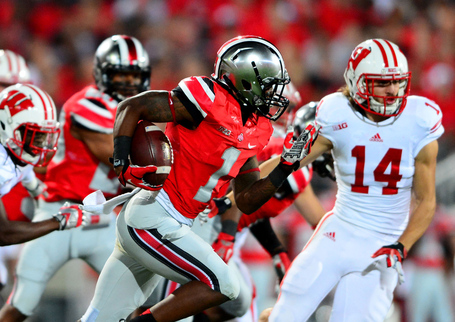 Whether it was the Maroon Monsoon or Lane Kiffin's defense, it's likely we'll see this Arizona State combination again after their 62-41 thrashing of USC. In a trend that needs to die, the Sun Devils helmet featured an oversized pitchfork one one side, with the player's number on the other. 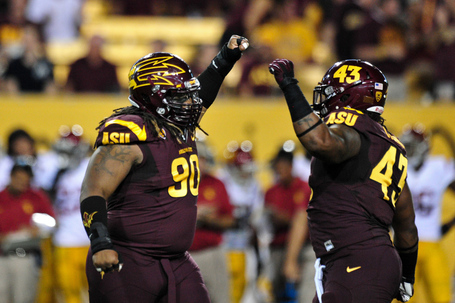 For their Shamrock Series meeting with Notre Dame, the Sun Devils will be wearing a flaming helmet. Like Maryland's State Pride helmets, each one is individually hand-painted so that no two are alike.

The Golden Bears wore their standard helmet, but chose to go "gray for gray's sake" against Oregon. This combination was worn at the unveiling of the school's athletic program rebrand. 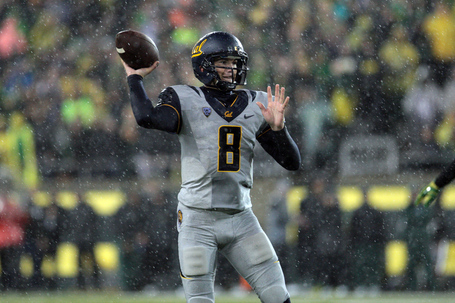 It's possible to argue that the Ducks' uniforms, sometimes lacking school colors, tend to have an aesthetically pleasing look. Against Cal, that was thrown out the window as they paired a black helmet with their green jerseys. If only they wore a yellow helmet instead... 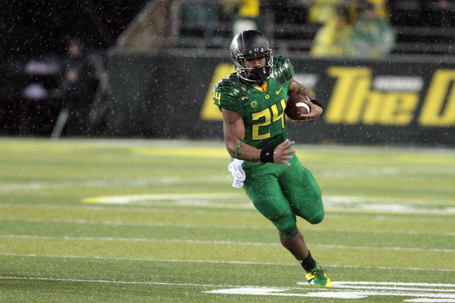 For one of the biggest home games of the season, the Utes broke out all-black uniforms against division-rival UCLA. The uniforms didn't give the home team an advantage as Utah fell, 34-27, on Thursday night. 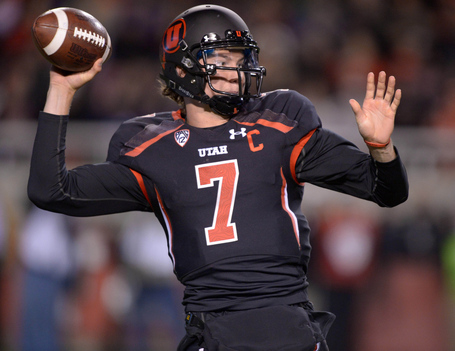 The Razorbacks football program underwent a rebrand last season, but fans are clamoring for a return to more simple days. Unfortunately, for those fans, this photo making it's rounds is only a concept:

The people's uniform. The most popular jersey in Arkansas history, updated. (1/3) pic.twitter.com/5Q61Eg1wei

According to wide receiver Trey Burton's Facebook page, the Gators will be wearing their all-blue uniforms on Saturday night against Arkansas.

Blue on blue Saturday night! Thats what we call a BLUE OUT IN THE SWAMP!! #BEATarkansas 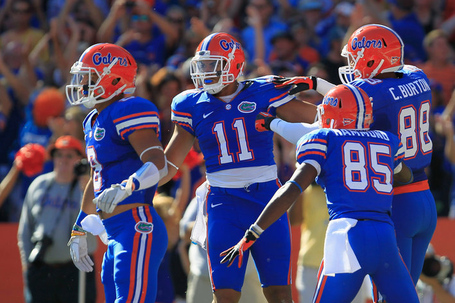 Head coach Gary Pinkel announces weekly via his website what the Tigers will wear each week. Against Vanderbilt, Mizzou will wear their "standard" away look.

Here's what Mizzou will be wearing on Saturday: pic.twitter.com/KqZW4tl7M9

The Volunteers broke from tradition once before, wearing black uniforms on Halloween 2009. However, those uniforms will be forever associated with Lane Kiffin and never worn again. This weekend against Georgia, the Vols will break from tradition again to wear "Smokey" gray uniforms, a nod to the school mascot.

Like their opponent, Arizona State, the Fighting Irish will wear a special uniform for the Shamrock Series game at AT&T Cowboys Stadium. The most unique feature of this set is the helmet, which features the same gold-flaked finish as their usual helmets, but with a reflective clover logo and a chrome facemask.

With their current uniforms, it's likely Southern Miss will always be the worst looking team on the field. However, Boise State tried their hardest to change that when they wore a black helmet with a logo on one side and numbers on the other, as well as a "gray for gray's sake" jersey. 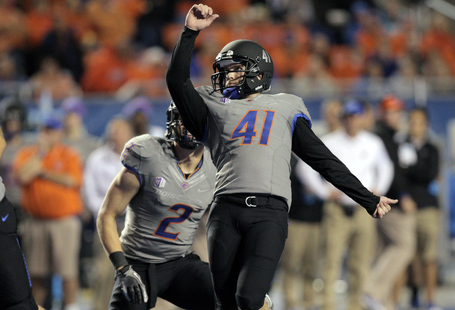