Revisit a tense, classic Ohio State-Northwestern game with all the GIFs you could possibly need from the game.

Share All sharing options for: Ohio State-Northwestern 2013 in GIFs

That first half? Woof. Ohio State couldn't stop a JV high school offense and Braxton Miller regressed roughly two years back in time, albeit briefly. Fortunately whatever was said at half time proved to be just what the doctor ordered, as even excluding the surely being cursed by Vegas back door cover finish, the Buckeyes outscored their Northwestern counterparts by 13 points down the stretch.

While the Buckeyes work to better figure out how to address the impossible chore of replacing Christian Bryant (as well as recover from a physically taxing, gritty championship game type vibe road win), let's take a look back at some of the best plays from Saturday night's action.

After falling behind 7-3, Ohio State's Bradley Roby made a play which many assumed (prematurely) would set the tone for the remainder of the game:

...But because Urban Meyer coached teams are wow 20-0 in which they get a blocked punt, here's another angle:

Though there were was plenty of first hand reports that the Northwestern faithful brought it better than expected, that didn't stop a large Ohio State alumni and backer contingency from making their presence known: 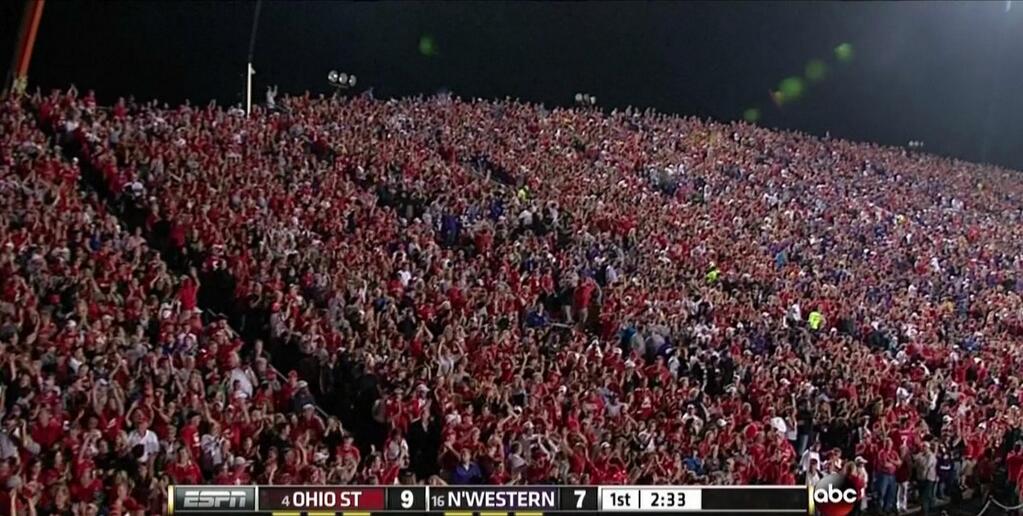 Far from our favorite of the evening, but here's Pat Fitzgerald really enjoying some dubstep...or something:

Carlos Hyde of course had a monster game. Here was his first TD of the night:

Michael Bennett was huge all evening. And so too was Joey Bosa, for that matter. The two make magic happen here:

When Ohio State desperately needed a turnover, cornerback Doran Grant got them one:

From this GIF, this *still* doesn't look like a TD. But the sideline replay angle showed otherwise. First, the animated GIF: 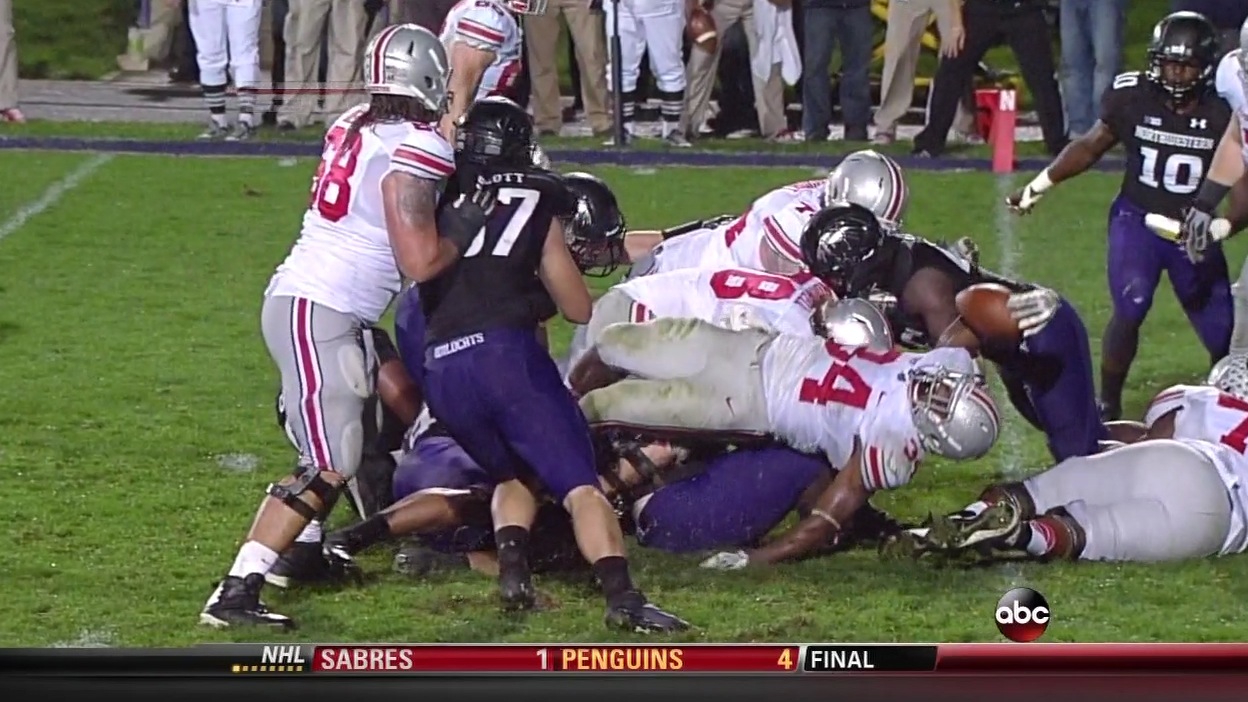 Contrary to his nearly getting benched, Braxton Miller, still some kind of wonderful:

And don't think for even a second that Urban wasn't apoplectic about losing a timeout on the successful challenge:

Carlos Hyde put the Buckeyes back on top for good with this clincher:

And for good measure, here's Joey Bosa showing his Jedi Knight bonafides (or a sniper strikes, whatever your fancy):

And BONUS BONUS - From this morning's gameday: