The Purdue offense is ranked near the bottom in almost every national offensive statistic. Let's see how the Buckeyes' defense will prepare for the Boilermakers' offense.

Share All sharing options for: Ohio State football: Taking a closer look at the Purdue offense

There is no doubt that Purdue struggles on offense, as they are one of the worst statistical teams in almost every single offensive category. Not only have they struggled to run the ball but they have also had to make a change in quarterback from Rob Henry (who was later moved to defense) to true freshman Danny Etling. Etling was a highly touted, 247Composite 4-star in 2013 who has been summoned to lead the Boilermakers as a 19 year old, which is not easy.

In Etling's two starts, first versus Nebraska he threw for 184 yards and a 40% completion percentage in a 44-7 loss. He improved in his second start at East Lansing, completing 56% of his passes for 160 yards in a 14-0 loss. He has been put in a tough situation because his running game is non-existent and the offensive line is porous at best. Etling has had almost no time to drop back and pass and is running for his life at most times. This is the type of game where the Buckeyes can get pressure upfront pretty easily and shut down wide receivers who cannot get separation. Personally, I believe the Buckeye defensive line will dominate the Purdue offensive line and force Etling into making some early mistakes.

A look at Purdue's offensive statistics: 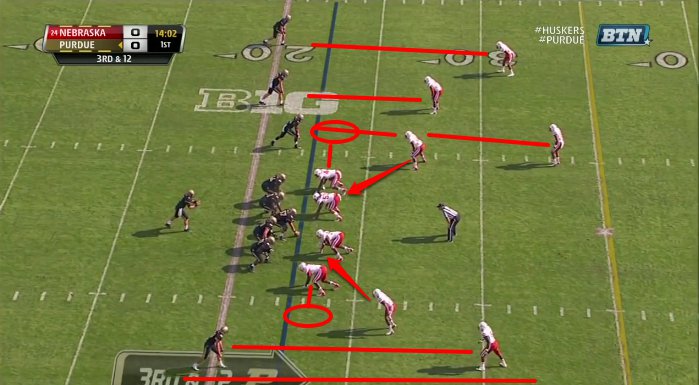 Purdue came out on their first drive in a 5- wide receiver set, two of their first three plays. Nebraska played man on the receivers and brought a zone blitz . 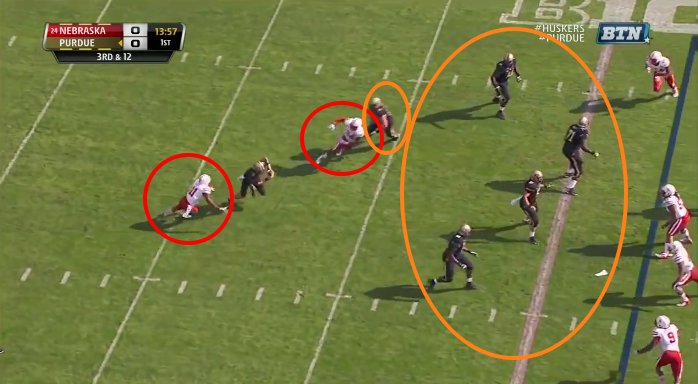 The Boilermakers' offensive line left the two blitzing linebackers unblocked and sat around while the defensive line contained Etling. 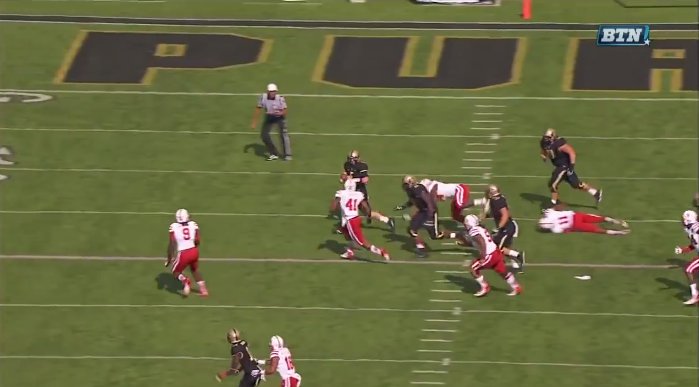 Etling was athletic enough to elude the sack and ended up almost throwing an interception. The problem here is the offensive line did not touch a single 'Husker and none of the receivers could shake man coverage. Etling had a similar problem on the first play of the game where the 'Huskers only brought three and he took a sack. 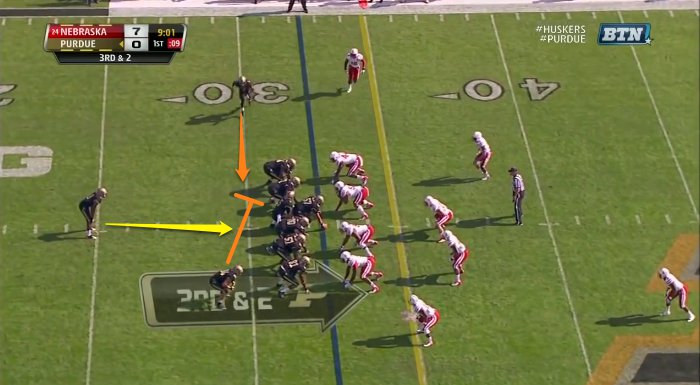 On 3rd & 2, Purdue came out in an unbalanced set and motioned the wide receiver across the line of scrimmage. 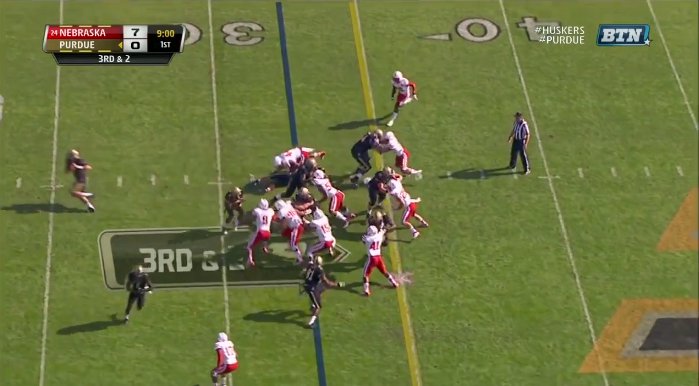 Once again, the Purdue offensive line got blown back and it looked like the running back would be stopped for a loss. 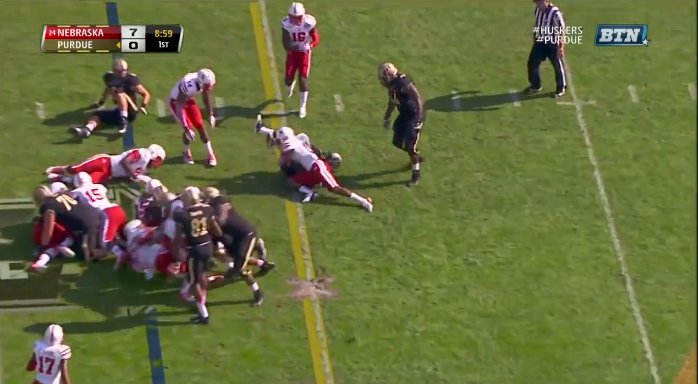 He made a good play, took the contact and drove to the first down marker, getting the first down. The Purdue offense line is a major problem that needs to improve for them to have any chance versus the Buckeye front seven. 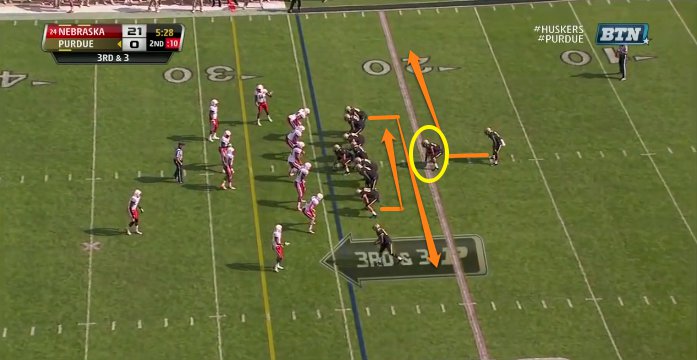 On another 3rd & short, Purdue came out in a double tight end set with a run look. The tight ends flipped in motion and the tailback motioned out wide. The fullback motioned to an offset formation, Etling dropped back to pass and hit the slant pattern for the first down. In the few times they had 3rd & short, the Boilermakers used a few different types of motion to throw off the defense to gain the first down. 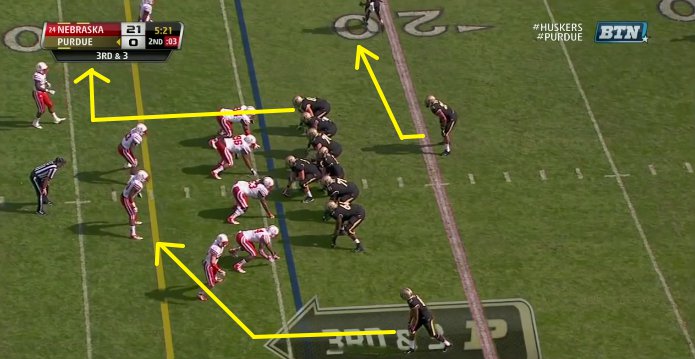