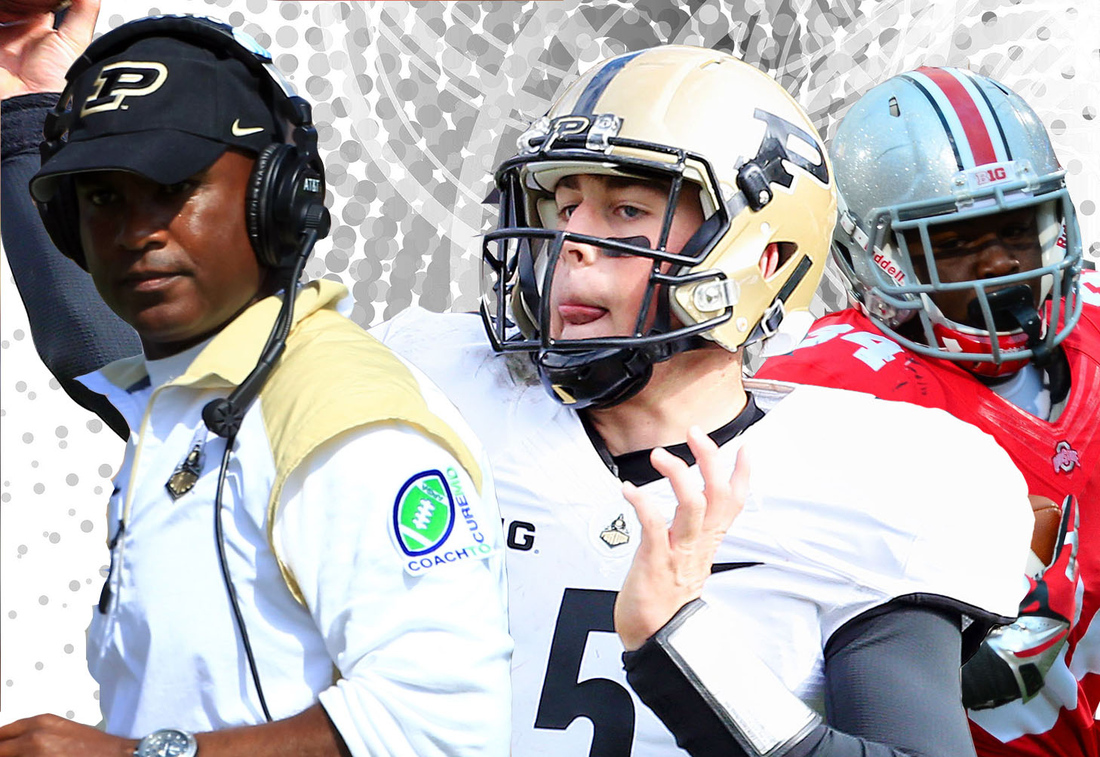 Tune in on BTN

There's very little that can be said in the negative about the slaughter in the 'Shoe last week, when the Ohio State Buckeyes gave the Penn State Nittany Lions one of their worst defeats in school history. Not just under Bill O'Brien, not just under Joe Paterno, but the 49-point margin was the third worst defeat in the history of Penn State playing football. And this was a good Penn State team that BOB brought into the 'Shoe. And they were humbled, embarrassed, and laughed out of Columbus late Saturday night, with half-a-hundred points separating them from the victorious Buckeyes.

Last year, the Penn State game was the launching point for a somewhat floundering Buckeye team to find their sea legs for a difficult final stretch of the season. This year...not so much. Whereas Wisconsin and Michigan loomed large after Penn State last year, this year's Ohio State team gets to gear up for Illinois and Indiana before The Game in Ann Arbor. Similar to last year, complacency might be the most difficult scheduled opponent left for the Buckeyes.

But back to the game at hand. The Buckeyes are still the class of the Big Ten Conference by a healthy margin, extending last week their season-crossing winning streak to 20 games. The win also gave the Buckeyes some style points in the BCS, giving them separation at #4 from Stanford and Baylor behind them at #5 and #6, respectively.

The offense was a big part of this, naturally, and Tom Herman's unit has been a highlight reel for most of the season. That effort has been spearheaded by Braxton Miller, who would be back among the Heisman hopefuls, but for injuries to start his season. Miller is joined in the backfield by the best running back in the country that no one is talking about, Carlos Hyde, the reigning Big Ten Player of the Week. All Hyde has done in his last three games is run for 464 yards (150+ on average) and seven scores. Urban Meyer has never had a 1,000 yard rusher in his head coaching career, but Hyde is on pace to be just that as the season winds down.

The Ohio State defense, however, deserves plenty of credit, too. The Buckeye offense has done their job in the first quarter, scoring 143 points in the first stanzas of this season. But the defense has held opponents to 38 total points in that same stretch, in that same quarter. The defense is only allowing 95.9 ypg on the ground, and has not allowed a 100-yard rusher, or a single rushing play of 20+ yards all season, and they've played against the likes of Melvin Gordon and James White, two backs who have accomplished both of those feats in the same game. There are questions in the secondary, which has be devastated by injury this year, but teams flat out can't run against this Buckeye defense, so the only option for opponents is to go to the air.

All told, this is two solid units, backed by talented special teams, coming together at just the right time to make the national pundits notice. The Buckeyes are the T-Rex in the Big Ten's Jurassic Park; the Boilermakers are the goat served for dinner.

Let's be perfectly honest about Purdue football in 2013. They are bad. Very bad. Illinois isn't very good this year, and they'll probably beat Purdue by 25 in a few weeks. In theory, for the Buckeyes, this game should be the walkover that Buffalo sort of was, and that Cal should have been and that San Diego State really was.

But...it's Purdue. And the game is in West Lafayette. And for some reason, magic happens for the Boilers in Ross-Ade Stadium when the Buckeyes come to town. Did you know that Troy Smith, Terrelle Pryor and Braxton Miller, three of the best quarterbacks in the history of the Ohio State program, have never won in Ross-Ade Stadium? Purdue is actually riding a two-game winning streak over the Buckeyes at home, winning in 2009 and in overtime in 2011.

But...it's Purdue in 2013, and they're playing the Buckeyes in 2013. Surely, if there were ever a year where things in the Boiler-Buckeye series would be normal, it would be this year. The Boilers have yet to beat an FBS opponent this year, their lone win coming against Indiana State in week two, by the slim margin of 20-14. Other than that, every other game on the schedule is a loss, most recently 14-0 at the hands of Michigan State. Former Ohio State coach Darrell Hazell runs the Boilers, and his first year doing so has not been the dream he likely imagined when he signed his contract.

This is a young Purdue team, to be sure, and they are one of the youngest teams in the conference and in the country. At Ohio State, for example, Urban Meyer has no problem playing a freshman because he doesn't believe in red shirts and he recruits guys who are ready to play. At Purdue, when 14 freshmen got in the game two weeks ago against Michigan State, it wasn't because of ability or recruiting reputation, it was because the guys in front simply weren't good enough to hold their spots on the field.

An upset of the #4 team in the country is always a possibility on the road, especially considering Purdue is the opponent, and West Lafayette is the venue. But considering the talent separation between these teams, it would seemingly take the effort of a lifetime for these Boilers to keep up with these Buckeyes.

But...it's Purdue. Which means we might be in for another close game with an unsure result until the very end. 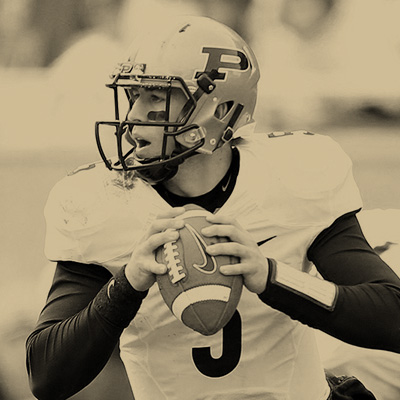 Etling is a true freshman starting at quarterback for the Boilers. He's a four-star recruit but his high school squad was probably easier to play for than Purdue...for now. Etling got into action against Northern Illinois in late September, and has been serviceable for the Boilers, but just that. He has over 500 passing yards and three touchdowns so far this year, but has also thrown four interceptions. But this Buckeye secondary has made the likes of Joel Stave look like Peyton Manning, so anything is possible for the frosh. 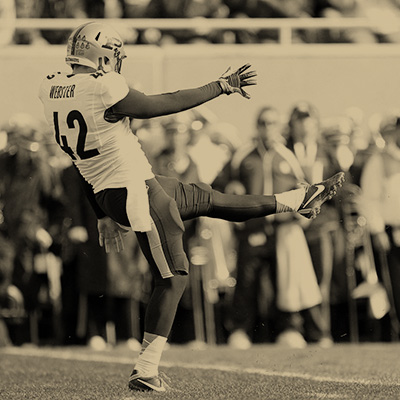 For a team with an inept offense, you need to be able to at least try and control the field with special teams players. Webster is such a player; the punter is a 2013 Ray Guy Award watch list candidate. He's the best punter in the Big Ten, with a 43.9 yard average on 41 punts, and he booted a 73-yarder against Cincinnati earlier in the year. That's a lot of leg. He's punted a lot this season, but he's good at it, better than anyone else in the conference on average. He'll likely be called on a lot this weekend, and his leg might be the only thing that can slow down the Buckeye offense and pin them back. 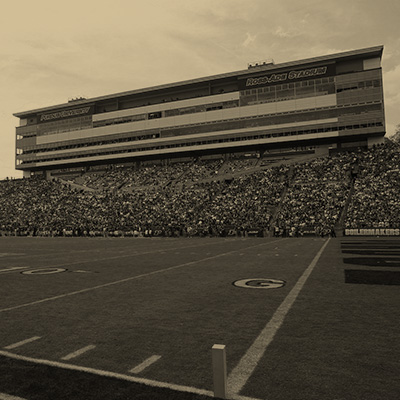 It is becoming a cliche to continually talk about how Purdue has been just under dominant against the Buckeyes in West Lafayette, but they have been, really. Something happens when the Buckeyes play the Boilermakers in Ross-Ade. Maybe it's the fact that Ohio State has a target on its back against everyone, and Purdue often takes advantage of it. Maybe it is some weird mojo coming off of that creepy wind farm a few minutes North of West Lafayette. Either way, Ross-Ade is a capable adversary for the Buckeyes, and might be Purdue's best weapon against them this weekend. 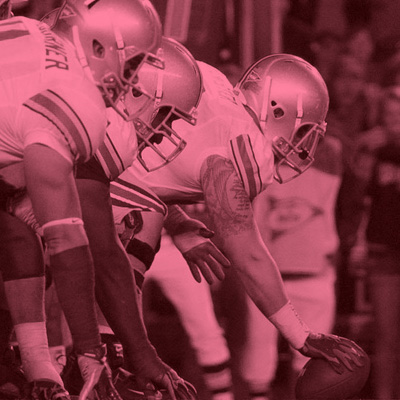 Carlos Hyde is an incredible running back, but his job is made easy by what Meyer calls "one of the best [offensive lines] in the country". While they were paving the way for Jordan Hall early in the season, the line has gelled further, and helped Ohio State rush for 408 yards on the ground, and 686 total yards against Penn State. Jack Mewhort, Andrew Norwell, Corey Linsley, Marcus Hall and Taylor Decker face a Purdue D-line that has given up over 1300 yards and 16 rushing scores thus far this year. 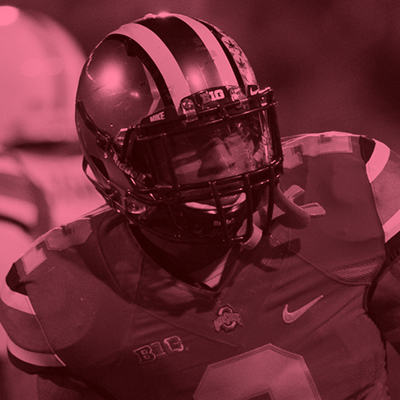 Remember last year when Manti Te'o went to the Heisman Trophy presentation and Buckeye fans were all wondering why their own star linebacker, Ryan Shazier, wasn't getting anywhere near the same publicity? If Shazier keeps up his current play, he'll only keep getting that pub he deserves. Named as one of 12 semifinalists for the Butkus Award, Shazier has 66 tackles, 9 tackles for loss and has forced two fumbles. Last week, three true freshman started at skill positions for Purdue on offense. They haven't seen anything on the other side of the ball like Shazier in their lives. 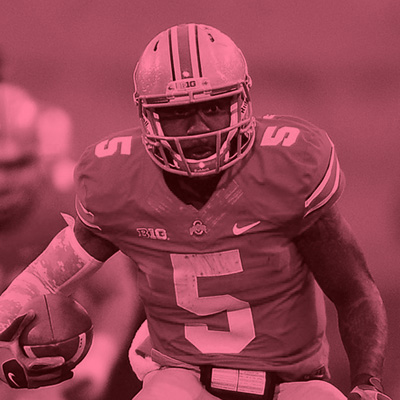 After injury last year, and Kenny Guiton's legendary bailout performance, this is a different team than the last version to play Purdue. And Miller is a different quarterback. Last week, Miller hit a career-high 252 yards passing, with five total touchdowns - in just two-and-a-half quarters of work. He gets to go against a Purdue defense that has allowed 21 redzone touchdowns against just four field goals. Ohio State has 32 TDs within the 20 yard line, and a lot of that can be credited to Miller's skill with his arm, and especially with his feet. Add a good receiving corps on his left and right, a great running back corps behind him and a fantastic offensive line in front of him, and Miller should shine.