When keeping it real goes wrong.

The Bemidji State Beavers came in to the OSU Ice Rink over the weekend for a series against the Ohio State women's hockey team. On Saturday night, the Lady Buckeyes jumped out to a 1-0 lead – and that's when things started to go off the rails.

After surrendering three unanswered goals, the Buckeyes fought back to make things a one goal affair, but ultimately, BSU prevailed, 3-2. At the end of the game, however, tensions began to rise. Like really rise.

Following the final horn, a postgame brawl broke out. The net result? 18 fighting majors and ejections (9 from each team). Coupled with a another ejection and a minor for 'instigating', and your grand total? 287 penalty minutes, totaling an NCAA record 303 total penalty minutes for a single game.

"I don't really know what happened, to be quite honest," Handrahan said. "All I know is there were players taking liberties with our players. There was some chippiness throughout the coruse of the game.

"I've got to believe that our players, and as a staff, as a program, we're not happy with teams celebrating on our ice surface and going off the ice yipping and hooting and hollering. What happened at the end of the game doesn't happen often in women's hockey.

"But I can tell you this: We're happy to at least see our girls show some fight and some spirit. Outside of that, I think hockey in general is trying to get that stuff out of the game. We have our own issues to deal with." 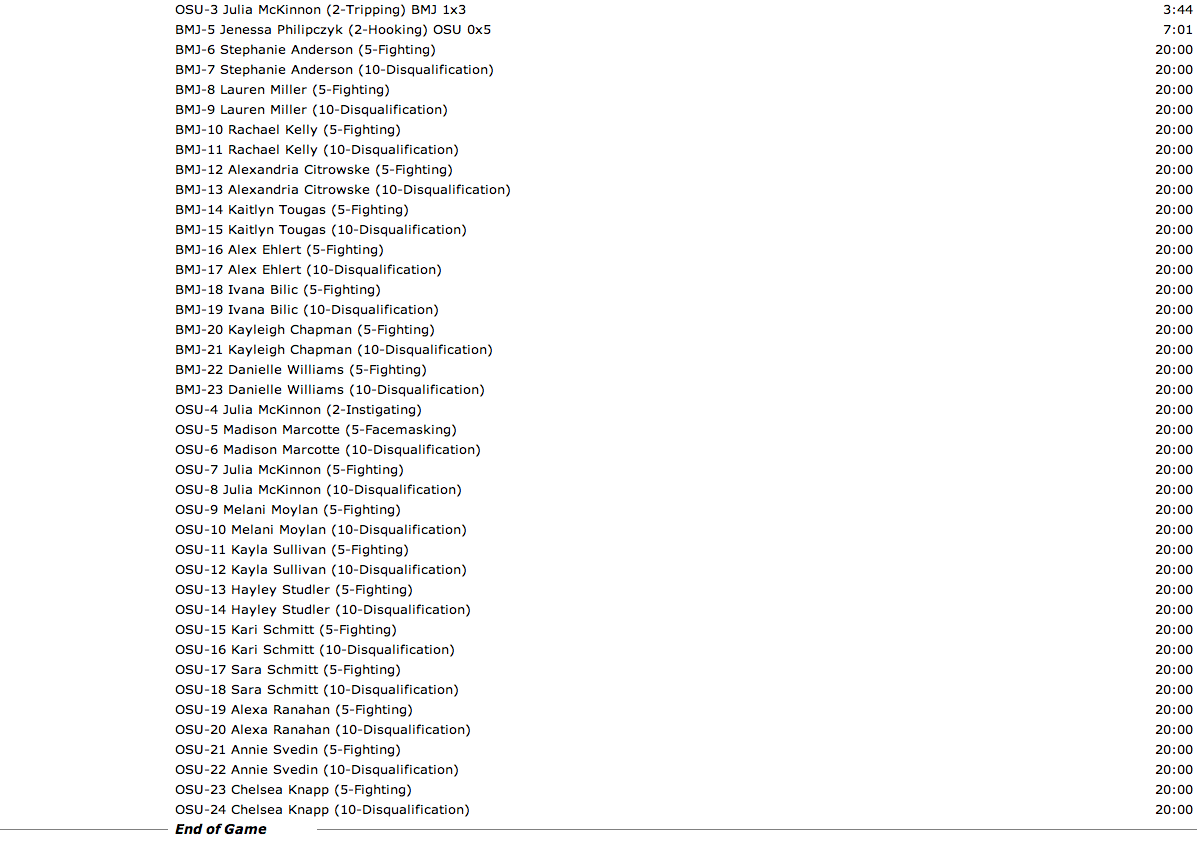 Thanks to our friends at Deadspin for the heads up.