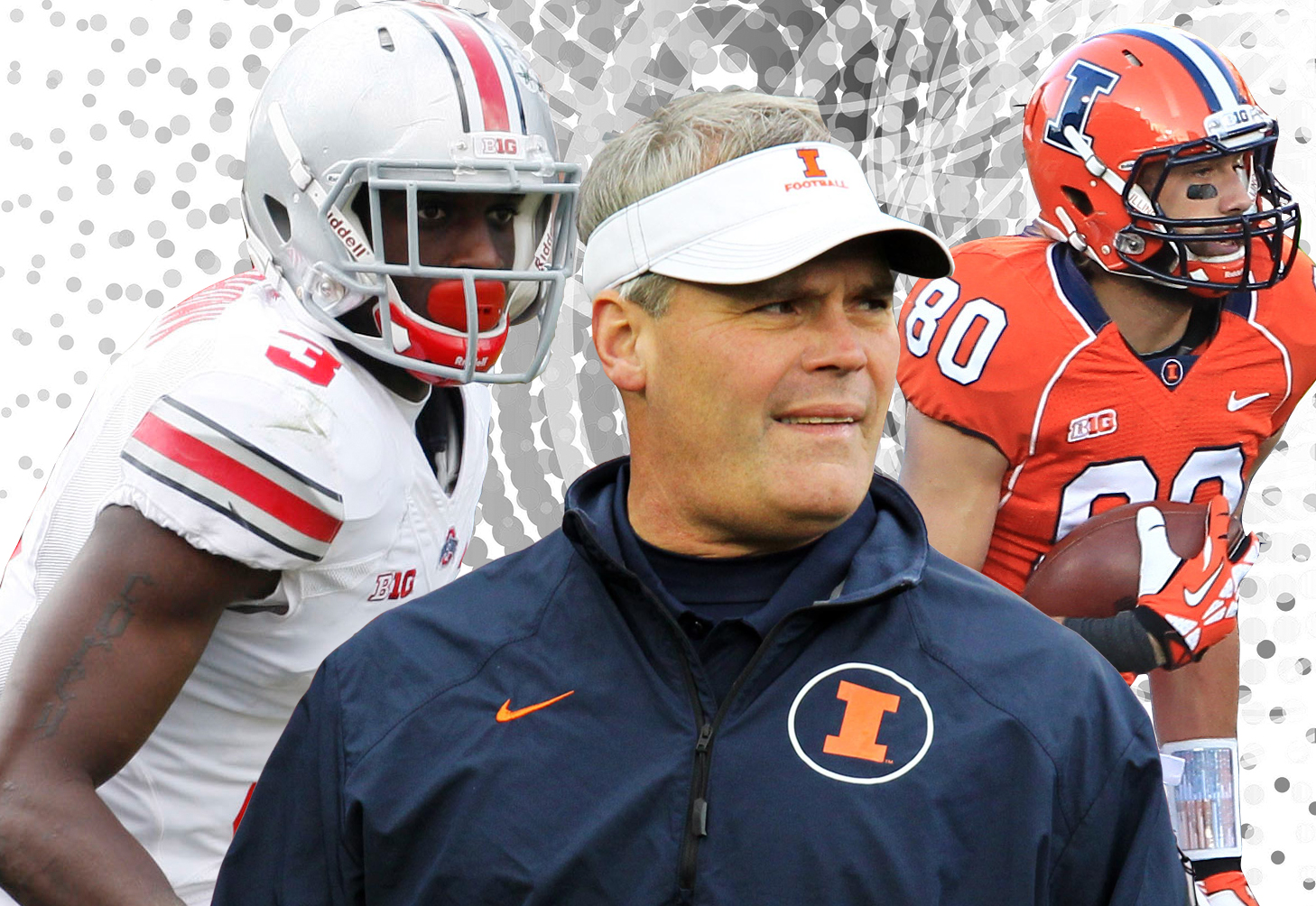 Tune in on ESPN

*[joke about Purdue not being an FBS team]

Oregon, one of the three teams ahead of Ohio State laid a duck egg against a Stanford outfit, that not only moved the Buckeyes up a rung in the BCS, but also elevated the Cardinal to even more national prominence, despite their own egg-laying against Utah earlier in the year. Baylor, the only Big 12 unbeaten squad, beat down Oklahoma, raising their star. Alabama took care of business and Les Miles at home, solidifying their #1 ranking in the country. And Florida State dominated Wake Forest, but had their own drama off the field.

So, basically, your normal week in the life of 2013 college football, where the Buckeyes, despite existing within the confines of their own schedule, look worse, while the other teams in the country start to look that much better. Gotta love those bye weeks!

But in returning from said bye week, Ohio State likely knows all about the chip that exists on its shoulder, and knows that the only way to win brownie points nationally is to win games on the field, with style points a-plenty. Enter: Illinois.

The Illini aren't in the best shape, at 3-6 overall, and winless in the conference, 0-5. That should make things interesting for the Buckeyes, as Illinois should be, on paper, a team that should really help add the necessary style points for Urban Meyer and Ohio State. The Buckeye bonafides are all there and spectacular: longest winning streak in the country, leading the conference (and fifth nationally) in scoring, third best rushing defense, and no rushing plays allowed over 20 yards. Illinois shouldn't hurt any of those numbers.

The Buckeye offense is paced, as they have been over the last few games, by the able legs of Carlos Hyde, who has 575 yards and seven scores in his last four games. Hyde is one of two players in the country to run the ball without taking a loss on the year, which is an astounding stat considering how much he's been used since returning from suspension. Hyde's running allows Braxton Miller to move the ball himself, and Miller is just 90 yards short of reaching 7,000 total yards in his career in scarlet and gray, something only two other Buckeyes have done. The offense is clicking, and doing so on all cylinders, which should continue against the 106th ranked scoring defense in the Illini, who are giving up over 34 points per game to the opposition.

On defense, the group that has been at times maligned this season, is gelling at the right time, and looking down right ferocious. Ryan Shazier is in his 2012 form, and is tied for second in the conference in tackles for loss with 11, and a secondary that has locked down receivers since Jared Abbrederis of Wisconsin made the unit look stupid a few weekends ago. Michigan State tends to get all the defensive credit in the conference, but Ohio State's defenders are no slouches themselves, the third best rushing defense in the country, and eighth best scoring defense. For a punch-less Illinois offense (63rd in the country in scoring), the Silver Bullets should prove a more than worthy adversary.

by Brandon Birkhead 1. Get off to a fast start

The first five minutes of this game are going to be very important for the Illini. They must come out ready to play. If Ohio State starts with the ball, they cannot let them march down the field and get a touchdown. The offense must get points on their first possession. They cannot play from behind and expect to stay in the game against the Buckeyes. They have to come out firing on all cylinders. Use some trick plays or get a turnover. Just do something to jump start the team.

The Illini's offense has been most successful when they are able to run the ball to make life easier on Nathan Scheelhaase. Illinois will need a huge game out of Josh Ferguson. Check that, we need Josh Ferguson to play like Barry Sanders to have a chance in this game. He is have a great year. He is currently leading the Illini in rushing and receiving yards, and they will need a legendary game from him. If the Illini can run the ball effectively, and chew up the clock they will have a glimmer of hope in this game. If only for a short amount of time.

In almost every game where a dramatic underdog has a shot to win the game, they benefit from turnovers. The Illini's defense struggles to cause turnovers. They finally got the interception monkey off their back last week against Indiana, so hopefully some momentum is building. Illinois, man for man, has no shot of stopping the Ohio State offense. They will need multiple turnovers to put the offense in good field position to put points up on the board. We are going to need a lot of them.

by Mark Primiano and Chris Kopech 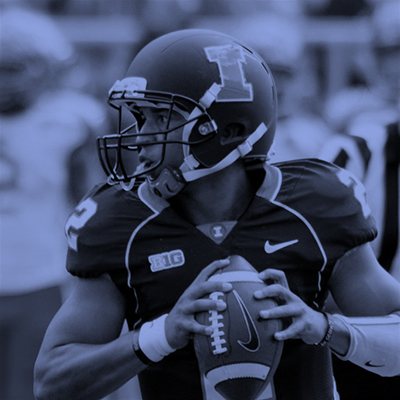 Coming into this season, there was honest chatter about whether incumbent QB Nathan Scheelhaase would be able to hang on to his job or lose it to either his perpetual backup Reilly O'Toole or incoming super freshman Aaron Bailey. But something clicked with his newest and final OC at Camp Rantoul and Nate hasn't looked back. Somehow Nate has finally lived up to his potential and has lead the Illini to having the 24th best passing attack in the nation without having any actual wide receiving weapons to rely on. Nate has an outside shot at passing Juice Williams for career total yards if he can average just over 300 yards over his last three contests. 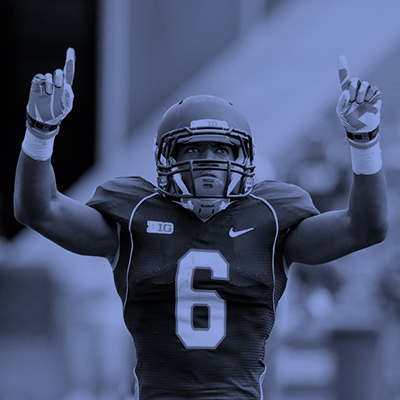 Other than Scheelhaase, Josh Ferguson is the only other true talent on the offensive side of the ball. Last season he played the lightning to Donovonn Young's thunder, but Young never could seem to get any momentum this year while Ferguson came out of the gates sprinting. Josh leads the team in rushing yards and if not for a huge game against Indiana by Steve Hull, would also lead the team in receiving yards as well. He's used similarly to Matt Forte in that he has great hands and is painfully fast when he sees his opening. He'll be very fun to watch next season when paired with Wes Lunt and (hopefully) a more talented receiving corps. 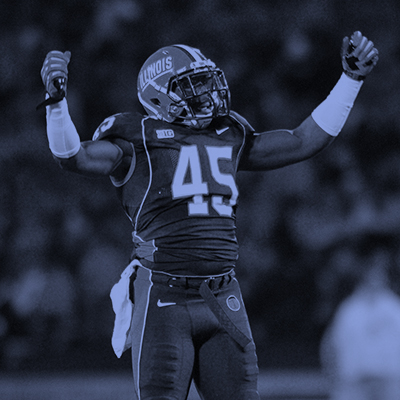 There are only two players really worth mentioning on the defensive side of the ball, but I'm going to go with the more talented of the pair (and my personal favorite) Jonathan Brown. Brown is 20th in the nation and first in the conference in tackles with 88. Brown has a noise for the ballcarrier and seems to be in on about 2/3 of the plays. He's probably the only player from this team that will be drafted come May. He'll be assigned Braxton Miller and Carlos Hyde and should do a somewhat respectable job containing the two when the play comes towards his part of the field. 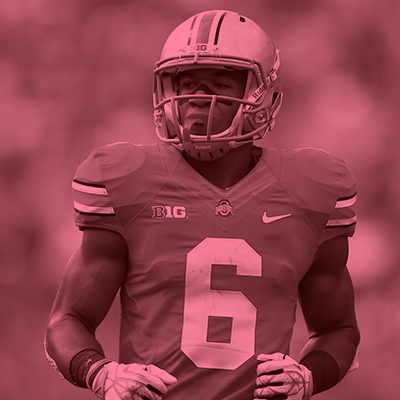 The wide receiver was in the news since the last time the Buckeyes played, talking about "wiping the field" with the likes of Alabama, Florida State and Baylor. On a team with a lot of wide receiver talent, Spencer has certainly separated himself, and his having his most productive year as a Buckeye. But Urban Meyer says that Spencer is not the spokesman for the team off the field. Don't you think Spencer is looking to be the spokesman on the field after the media week he's had? 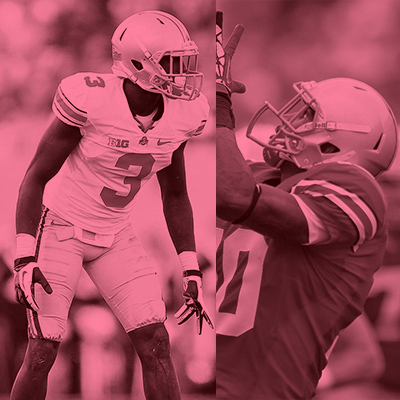 More likely than Spencer having a big game is Corey "Philly" Brown, whose 41 catches and eight TDs lead the team. "Philly" is a bit small for his size, at 5-11, 187 lbs, but he can catch just about anything. On the other side of the ball is Corey "Pittsburgh" Brown, the fifth-year senior who is just waiting to explode for the Buckeye defense. The secondary has looked better and better since the Wisconsin game, and Brown the Defender's efforts, including a pick against Penn State, have been one of the reasons. Look for both Browns to do some damage this weekend, "Philly" against the pedestrian Illini defense, and "Pittsburgh" against a respectable Illini passing game. 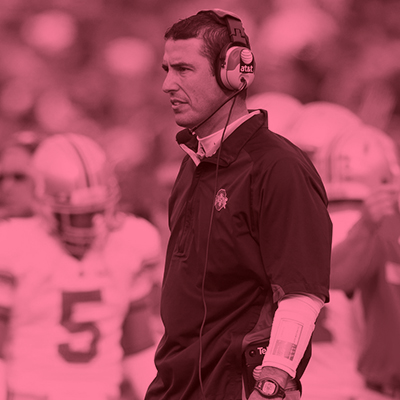 Whether you believe the media machine of the Buckeyes or not, one must remember that Urban Meyer only asks a two-year commitment from his staff before they entertain offers from elsewhere. Year two is closing quickly, so every game is a bullet point on a resume for the assistant coaches, Fickell in particular. Many teams will be looking for head coaches, and Fickell will fit the bill at a lot of them come December and January. His defense has turned around solidly on the field, which makes him look that much better. Watch him now; he may not be pacing the sidelines next year.