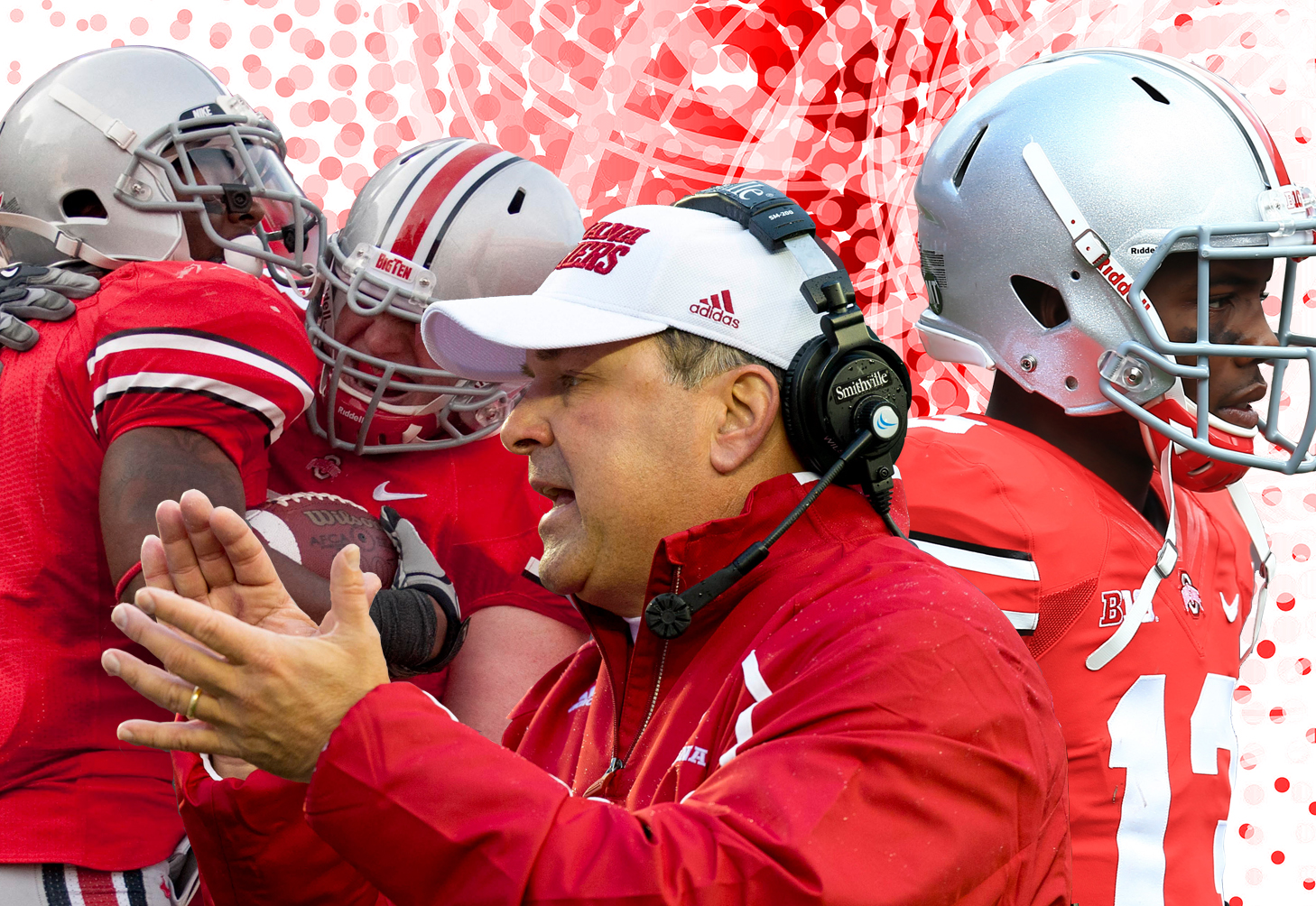 For the Hoosiers (4-6, 2-4), this game presents a chance for to bounce back from a pasting last week by Wisconsin, and to end a 17-game skid against the Buckeyes. The setting from last year's game - at home, at night, against the 2012 Buckeyes - was close to ideal. Doing so this week, against a Buckeye team looking for red blood and knowing crimson will do, will be an unenviable task for third year head coach Kevin Wilson.

If there is a way for the Hoosiers to beat the Buckeyes, it will be to keep up with them on offense, because the Indiana defense hasn't done the Crimson and Cream any favors this season, averaging almost 40 points against per game, good enough for 117th nationally. Three different Wisconsin backs had triple-digit outputs against the Hoosiers last week en route to a 51-3 shellacking at Camp Randall. In fact, to revive the meme, I'm pretty sure Wisconsin just scored again.

But, to be fair to the Hoosiers, their offense has been explosive enough to make up for their Swiss cheese defense. Before the Wisconsin game, Indiana had put 28 or more points on the board in 10 consecutive games and, with two games to go, have already set or tied school records for passing touchdowns (28) and total touchdowns (52). Indiana runs the ball from time to time, but it will lean toward throwing without mercy. The cannon belongs to Nate Sudfeld, who has over 2,200 yards passing and 19 touchdowns on the year. When Sudfeld isn't working, Tre Roberson usually is in the change-of-pace role, with 9 touchdowns to his name on the year. When the Buckeyes have struggled, it has been against pass-heavy offenses, and that's exactly what Indiana brings to the table.

But the Indiana offense, so potent against the likes of Michigan, Penn State and Illinois, couldn't find the any semblance of that form last week in Madison. Coming into Columbus, the Hoosiers find themselves on the underdog side of a 32-point spread. Against a good Buckeye offense and an improving Buckeye defense, it will take near-perfect execution with the ball, and a fair amount of luck on defense to get within that number.

Look around the college football world right now, and you'll undoubtedly see or hear a lot about style points and strength of schedule slim BCS margins. Indeed, in the eyes of most people, pundits and partisans, you would believe that there is no way that Ohio State, even if it destroys the living daylights out of Indiana tomorrow, will be able to overcome the mighty Baylor Bears for the right to look up at Florida State and Alabama. Even SB Nation's resident guru, Bill Connelly thinks the voters will hedge toward Baylor, rather than potential 25-consecutive-win Ohio State.

But we're not here to talk about that, we're here to talk about Ohio State and Indiana, which, last year, provided one of the more exciting, high-scoring and all together annoying games on that slate. The two teams that renew acquaintances on Senior Day in The 'Shoe tomorrow, and the college football world can have it's own life, and champion style points at its leisure; Urban Meyer has always been a bigger fan of winning your games before playing politics with the voters, and you can bet that's on the agenda for Saturday.

The Buckeye bonafides are well-known commodities at this point: quick-striking first quarter, opportunistic defense, bruising running game - lather, rinse, repeat. All three will be key to beating a pesky Indiana team with offense to spare.

The first quarter is important to this Buckeye team (10-0, 6-0), and has been all year. Ohio State has opened each game with a first quarter that has opponents playing from behind, including going up 63-0 in the first quarter in the last three games, all three blowout wins. The only game where Ohio State didn't have a strong first quarter was against Northwestern at night in the rain, and it still would up winning by 10. Indiana might be the most prolific offense on the Buckeye schedule, but the defense is soft,which could easily give way to another first quarter deluge of points for the scarlet and gray.

The defense, on the other hand, has been equally special in the first quarter, and throughout the phases of the game. The Silver Bullets are only giving up 18.8 points per game (13th nationally), 92.6 yards per game on the ground (fifth nationally) and still have not given up a 100-yard rusher on the other side of the ball. Last week was the first time all season that the unit gave up a rush of more than 20 yards, but made up for it with two interceptions - one a Bradley Roby pick-six - and now have an interception in every game, going back to the 2012 Michigan affair. It is time to drop the "maligned" from the ranks of descriptors of the Buckeye defense - this might be one of the most athletic and talented defenses Columbus has seen in years.

Finally, one can't speak about Ohio State without mentioning arguably the best running back in the country that no one wants to call that, Carlos Hyde. His 947 yards and 11 touchdowns this year has him on pace to be Urban Meyer's first ever 1,000 yard running back. The Heisman narrative was supposed to belong to Braxton Miller this year, but injury took him out of the debate. In hindsight, maybe it is Hyde who might have been going to New York City in December, but for his own missed games due to suspension. 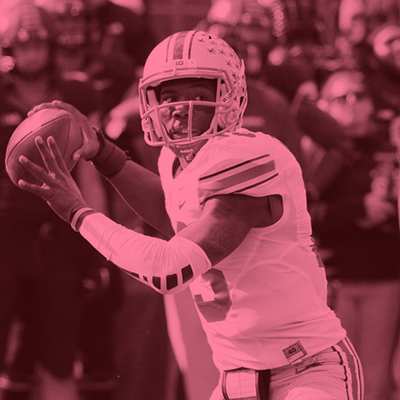 Sadly, Saturday will be Kenny G's final game in The Horseshoe - as a player. The captain, who has been one of the better stories of this year's Buckeye team, is probably the most appreciated, if not sought after, backup quarterbacks in school history. He should see action if the game gets out of hand, or if Miller is injured, and has shined in his appearances this year, with 14 touchdowns against just two interceptions. Can he play on Sundays? Lesser players are starting in the NFL this weekend, so his future could be on an NFL sideline. Else, Guiton will easily find a place on the coaching staff in the near future. 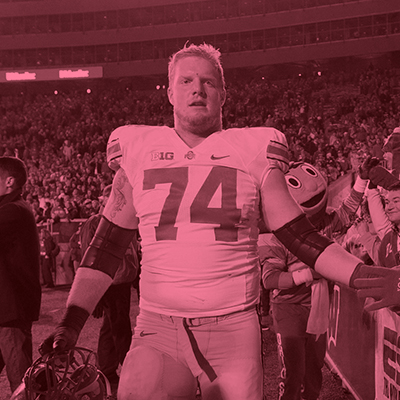 Mewhort's final game in Columbus will also be bittersweet, as few players have shown the leadership growth that Mewhort has in his time at Ohio State. The senior captain looked up to the likes of Mike Brewster, Mike Adams and J.B. Shugarts on the line, and grew into his leadership role. He is the keystone in an offensive line that moves mountains on the other side of the ball each weekend. The entire offensive line is gone next year, and it will be a tremendous task replacing any of them, but Mewhort's will and desire might be the toughest. Enjoy it on Saturday. 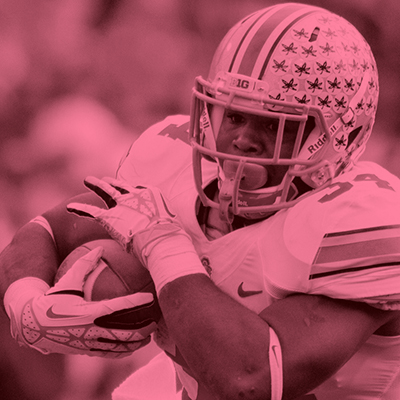 Every Senior Day has a centerpiece. Think Troy Smith in 2006, for example. This year, that honor belongs to Hyde, who has shined in a sea of very shiny players lining up next to the quarterback. Hyde is on pace to hit over 1,300 yards on the year, which should bring him to 3,000 for his Buckeye career, astounding considering where he and the Buckeyes were just two years ago. His last game in Ohio Stadium sets up to be his very best, against a team that yielded 550+ rushing yards in their last game. Braxton Miller may be the face of the team, but Hyde is unquestionably the heart and soul. 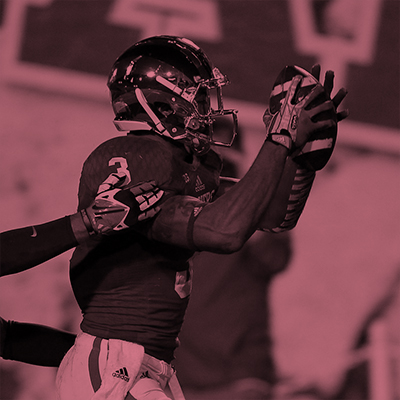 Indiana passes first, (second, third, fourth and sixth) and asks questions later, which is one reason they have a stat-heavy receiving corps. Cody Latimer, Kofi Hughes, Shane Wynn, Ted Bolser and Duwyce Wilson all have over 1,000 receiving yards for their careers, the first time in Big Ten history (and only second time in FBS history) a team has played with five receivers over that number. They will test the Buckeye secondary on almost every snap. 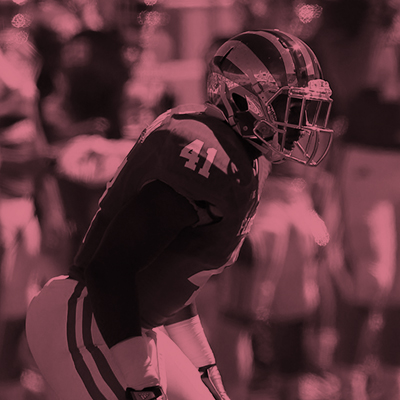 It's Senior Day in Columbus, but one of the Hoosiers to keep an eye on is the true freshman from Punta Gorda, Florida. A big match up will be the Indiana linebackers against the vaunted Ohio State rushing attack, and Newton will play a big role in that. He's entering just his third start, but has 25 tackles since sliding into that role two weeks ago against Illinois. Newton has lined up across from James White and Melvin Gordon - now he gets Carlos Hyde. Time to grow up in a hurry. 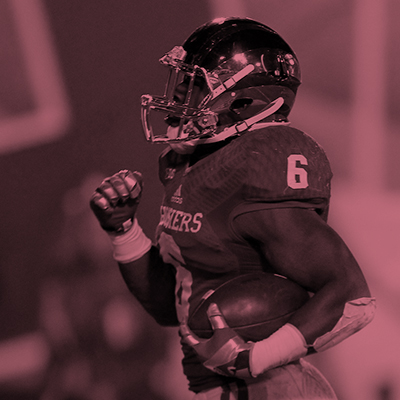 Because the Hoosiers would like to keep their quarterbacks arms attached to their bodies, they do run from time to time. Tevin Coleman is the feature back for the Hoosiers, with 958 all-purpose yards on the year, 141.7 per game, good enough for second in the conference. His 12 rushing touchdowns lead the team, and make him a great second option when Sudfeld's arm starts to throb.