Despite joining the Montreal Alouettes almost halfway through the season, former Heisman Trophy winning quarterback Troy Smith led the team out of the depths of the Canadian Football League and into the playoffs. Unfortunately, the Alouettes lost to the Hamilton Tiger-Cats, but Smith looks to have secured a starting spot next season. It has been seven years since Smith was considered the best player in college football, and although he bounced around the NFL, he gladly sat down with us to discuss his career, his family, and his future on and off the field.

You've had quite the professional career, whether it was battling for a starting spot with a Super Bowl MVP in Baltimore, starting in San Francisco, and even playing in another country. What was the toughest circumstance you've had to endure since leaving college?

I wouldn't say one circumstance has been tougher than another. As I've gotten older, I know that the good comes with the bad. You can never get too high or too low on yourself.

Your senior year of college, you won the Heisman Trophy, countless other awards, and were on one of the best teams in the country. Was there any added pressure to succeed at the next level because of that?

I went from being on top of the world, to fighting for a position in the league

I embraced the pressure. Being at The Ohio State University, you are always playing on a big stage and you expect to be the best. It obviously didn't work out like I planned, but I learned from it, as well. Everything that happens in life is a learning experience. I went from being on top of the world, to fighting for a position in the league. It's a very unique experience and you have to treat every situation you come into with the utmost respect. You can't take it for granted because you never know when your time is up.

Playing quarterback is one of the toughest jobs in sports. What is your weekly preparation like?

As a quarterback, I have to have myself prepared for anything. Everything is on me, whether it's on the practice field, in the film room, or during the game. I just have to go out and execute to the best of my ability, instead of worrying about what I may be doing wrong. I consider it a controlled rage. You play freely, but use your knowledge and instincts to dominate. 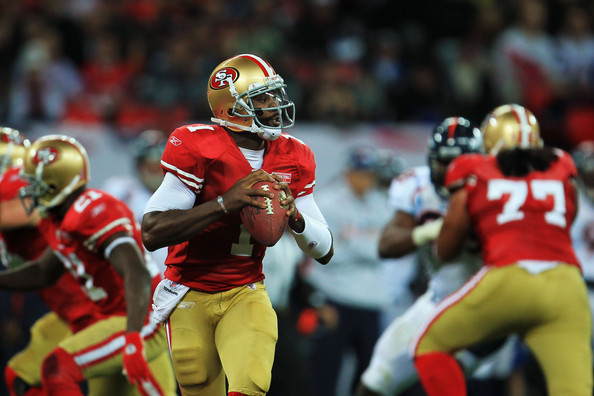 Was your preparation in college different than it is now?

To be honest, I'm so far removed from being in college that it's cloudy and vague. Obviously, I had to deal with class and such, but it's been so long that I can't give you specifics of what I may have done on a daily basis. I have to thank Coach Tressel for instilling values in me, teaching me how to prepare myself on and off the field, and laying the foundation for making me the person I am today. I really relied on him and Joe Daniels, God rest his soul, my quarterback coach at Ohio State, for guidance.

It seems as if your experiences in life and in football, both good and bad, have humbled you. Would you agree?

You do things when you are younger that you think are important, but there comes a time when those things don't mean anything to you anymore

Definitely. I was a different guy when I was a younger lad. You know, you do things when you are younger that you think are important, but there comes a time when those things don't mean anything to you anymore. You're allowed to be young, but as time goes on, you become more mature through different life lessons. In football, I've learned that things come to you when they're supposed to. Patience really is a virtue. You can't force things, you just have to grow as a person, set goals, be accountable for your actions, and with that, you become humble.

Before the Alouettes offered you a contract, you were working in Ohio State's athletic department. When you finally hang up your cleats, do you hope to continue to work in sports?

When I thought I was done with football, I became focused on getting my Master's degree and I was lucky enough to get an internship with the athletic department. However, I'm now focused on being the quarterback of the Montreal Allouettes, first and foremost. When the time comes, I'll focus on finishing school and hopefully that lands me a job with the university.

I assume there's always been a desire to get back into football. Why the Alouettes?

It;s a unique opportunity for me. Coach Jim Popp and the Alouettes gave me an attractive offer to come to Montreal and be their quarterback. I have a family now, so it took something significant to take me away from them for an extended period of time. They are the most important thing in my life, but I feel that I have one more run at football left in me.

Do you keep in touch with any of your former teammates or coaches?

I try to keep up with the guys that played a main role in my life. I'm always talking to Tressel, and it's not always about football. Being at Ohio State for five years, I built a lot of camaraderie with my teammates and coaches, so the university and the people I met will always be near and dear to my heart. 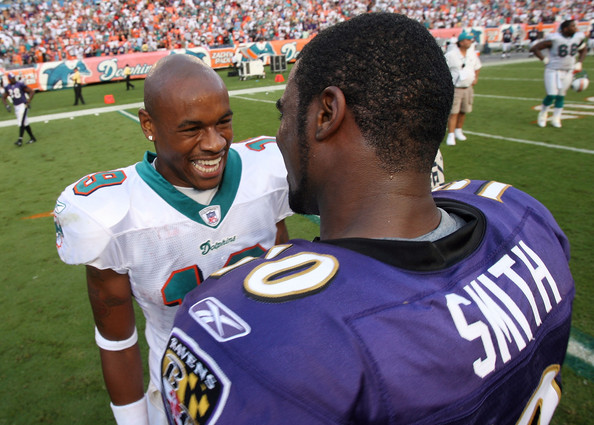 Most people would expect me to say winning the Heisman Trophy, but losing to Florida still leaves a bitter taste in my mouth. My favorite moment was winning the national championship, against Miami, when I was a freshman. It was surreal. We weren't supposed to be in the game and we were told we had no chance against their high-powered offense. It showed that Midwestern, team-oriented football can beat even the flashiest of teams.

Finally, how do you see the remainder of the season playing out for the current Buckeyes?

I think they go undefeated, but I'm extremely biased. I think they have all the pieces to win the national championship. It's all about putting the pieces together, building character wins, and taking advantage of the opportunities they're given. I think they can whoop any team they play. I don't know if they'll get to the championship game, but I know Urban is like Jimmy and he'll try to politic his way in. It's fun to be a fan for once, but I feel like I every time I tune in, something bogus happens. Hopefully that's not the case when they play Alabama.