Here is our weekly look at the snaps played by Buckeye skill position players while analyzing the ways in which they were utilized.

The weather was not ideal for Urban Meyer's spread offense but they were efficient, scoring 42 points on a season-low 56 plays.

Let's see how the snaps broke down: 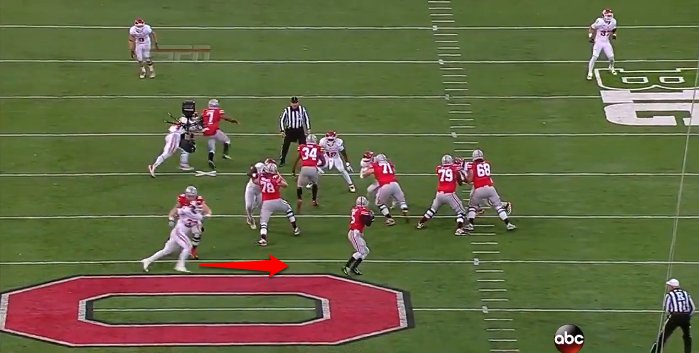 Here, Miller looks like he is about to take a sack coming from the blind side. 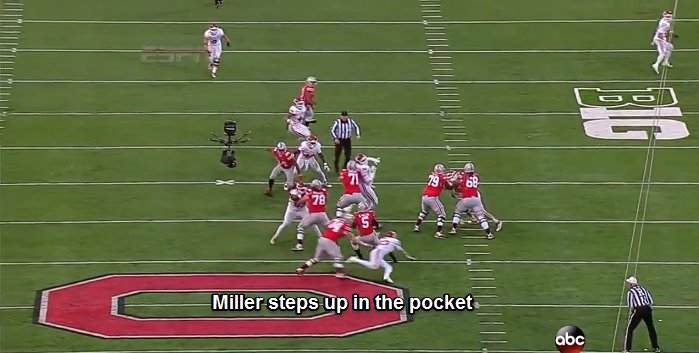 Last season, Miller would not have felt this pressure and he would have been sacked. Instead, he feels the pressure and steps up in the pocket, avoiding the sack 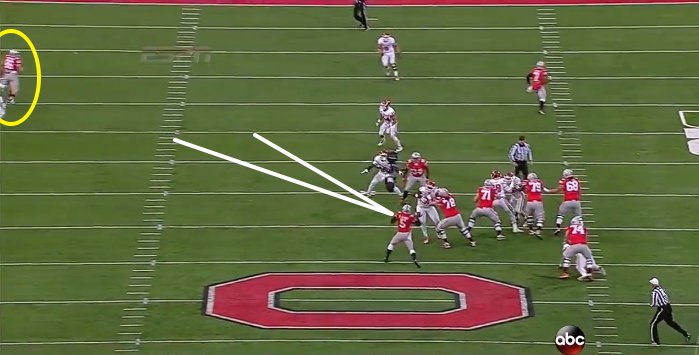 Instead of seeing the open space and taking off, Miller sets his feet and hits Heuerman down field for a huge gain. 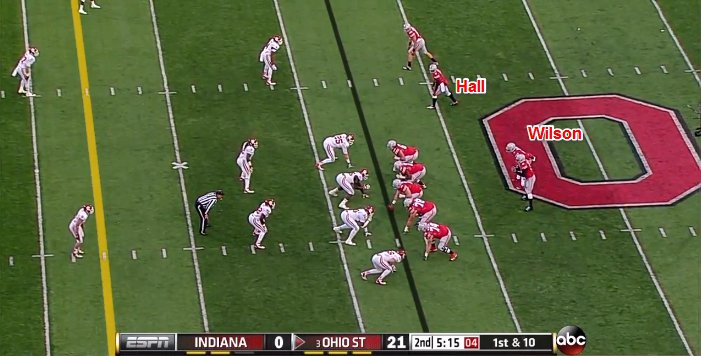 Hall and Wilson were on the field together seven times, mostly in this formation. 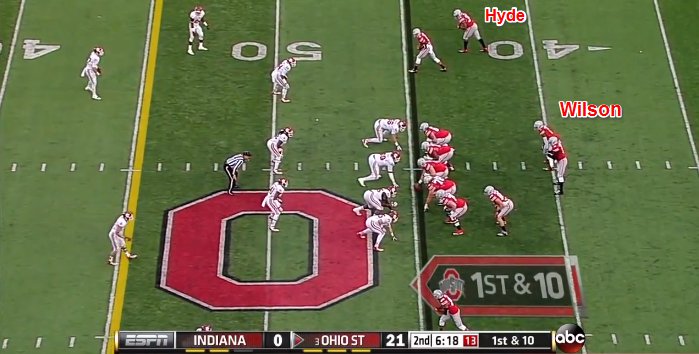 This is an unusual formation, it is usually the opposite when these two are on the field together with Hyde flanking Miller and Wilson in the slot or split out wide. 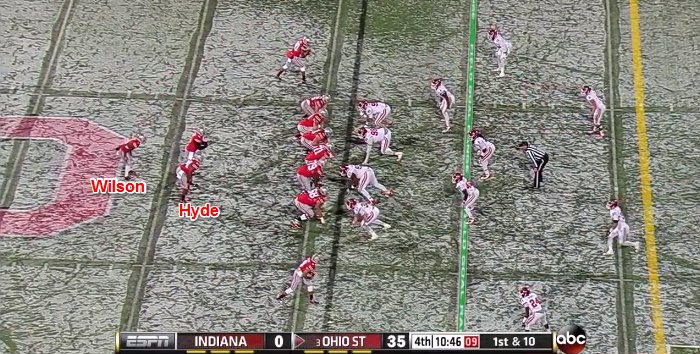 This is the Pistol Formation the Buckeyes used on Smith's touchdown reception, with Wilson lined up in the Pistol and Hyde flanking Miller. When the defense sees both Hyde and Wilson in the backfield they are thinking run, Indiana's defense actually has all 11 players within ten yards of the line of scrimmage before the snap. I think they will use this formation in the next three games, as there are multiple plays that can be ran out of this Pistol Formation. The triple option, read option to Wilson or Hyde and play- action are some of the examples that can be run out of this formation. 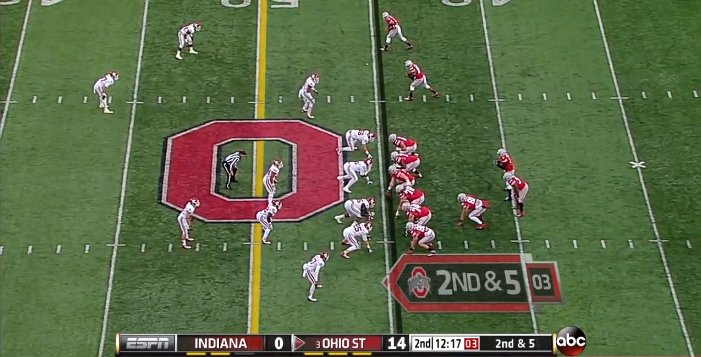