Bereft of many more major non-conference games before Big Ten play, Buckeye basketball fans might be forgiven for turning their attention towards Ohio State's upcoming tussle with Notre Dame in New York City, in the Gotham Classic. Before that though, the Buckeyes look to avoid a letdown against Bryant, which is a university, not a person. The Buckeyes are playing more than solid basketball, but as we saw against Ohio and American, if the shots aren't falling, they have the potential to be tested a little more than they'd like.

The Bryant Bulldogs play in the NEC, like previous opponent Central Connecticut State. Unlike CCSU, the Bulldogs currently have a winning record, and project to be players in the NEC title race this year. At 6-4, the Bulldogs don't really have a bad loss on the schedule. They were clobbered on the road against Gonzaga and Harvard, losses that can be forgiven by a low major squad, and fell to Notre Dame by only 11. A home loss to North Dakota State isn't ideal, but also not tragic. Bryant's victories aren't likely to impress anybody other than the most hardcore basketball aficionado of the Northeast (Dartmouth, Brown, New Hampshire, etc), but wins are wins.

Like most low majors, Bryant, which is located in Smithfield, Rhode Island, doesn't have the advantage of size or overwhelming athleticism. The Bulldogs will try to use an efficient and opportunistic offense, led by a dynamic guard, to make enough shots to hang around with the Buckeyes.

Ohio State, who has risen all the way to #2 in the Coaches Poll, will try to improve to 9-0 this season, behind one of the most overwhelming and stifling perimeter defenses in the entire country. After some early season struggles with scoring, the Buckeyes have rebounded nicely, scoring at least 74 points in their last three games, which included a 16 point thrashing of Maryland, and a 35 point victory over North Florida, where the Buckeyes hung 99 points. If Ohio State's multifaceted offense is hitting at anywhere close to that level, the Bulldogs might get run out of the gym early.

That's how many victories Bryant was able to scrape together just two seasons ago (they beat UC Davis and St. Francis U), making them one of the worst teams in all of college basketball. Last year, the Bulldogs went 19-12 (they beat Boston College in the regular season), even earning an appearance in the CBI, where they lost in the first round to Richmond. The Bulldogs have postseason aspirations against this season, which makes this one of the more dramatic rebuilding jobs in recent memory.

That's the number of points Ohio State forward LaQuinton Ross has scored in his last three games, including 23 against CCSU. The projected NBA first rounder has only 31 points combined in his first five games, including zero against Marquette. The Buckeyes are a balanced scoring team (five players average at least 9.5 ppg), but nobody on the team has the potential to take over a game offensively like Ross. When he's efficiently scoring, especially from long range, the Buckeyes move from a pesky Big Ten team to one who could compete with anybody around the country.

That's the number of three point attempts per game that Bryant guard (and leading scorer) Dyami Starks is averaging. Starks is connecting on 36.7% of his three point attempts, and has hit four three point bombs in three consecutive games, including against Notre Dame. Getting Starks to heat up will be critical for Bryant's chances to spring the upset. 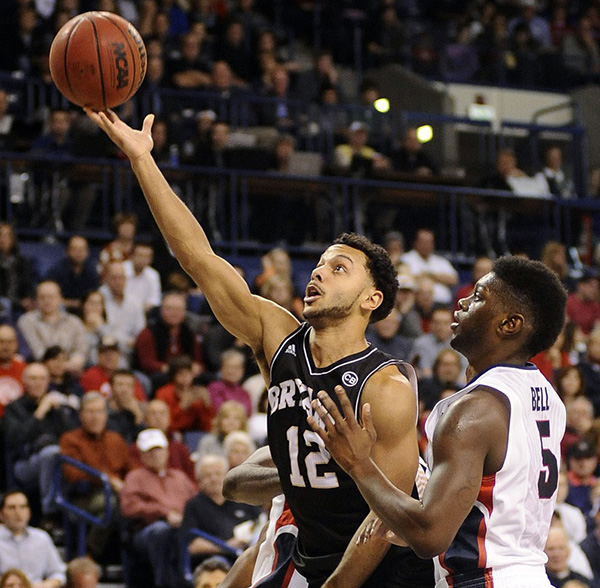 As Starks goes, so do the Bulldogs. The 6-2 guard from Duluth, Minnesota leads the team in scoring at 22.1 points per game, attempting a barrage of threes, but also getting to the line 4.9 times a game, where he connects at over a 90% clip. Starks doesn't turn the ball over very much, but he is much more of a scorer than a playmaker for this team, and can become a volume shooter when things aren't falling. If the Bulldogs are going to win the game, they'll need a big game from their leader. 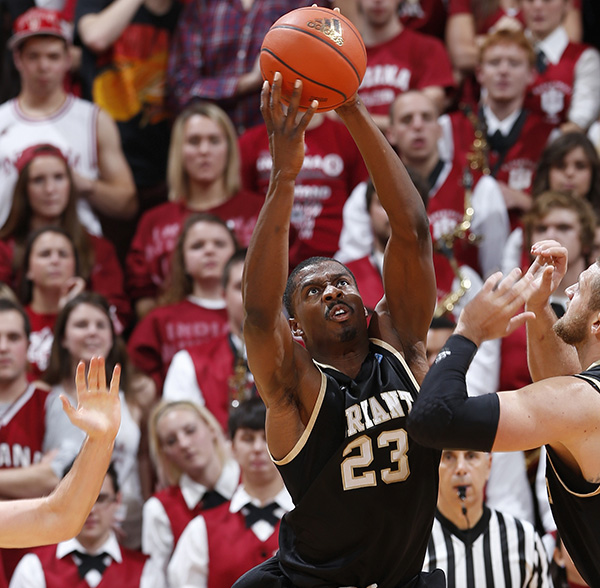 The 6-6 senior swingman out of Harlem is the second leading scorer for the Bulldogs at 16.6 ppg, and also leads the team in rebounds at 6.2 a game. Unlike Starks, Francis isn't a three point shooter, but he has active hands on defense (1.3 steals a game), shoots efficiently from the floor (.587 FG%) and most importantly, provides the closest thing to size for regular rotation players (Bryant's Claybrin McGrath is 6-8, but averages less than 12 minutes a game). 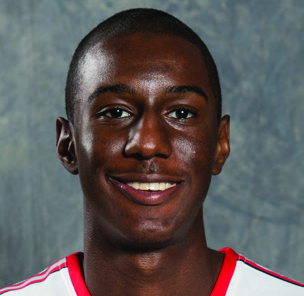 Ohio State's athletic guard has proved to be a defensive nightmare alongside Aaron Craft, averaging 2 steals a game, and while dishing out 3.9 assists, and grabbing an impressive ( for somebody who is only 6-1) 4.1 boards a game. Scott's been a bit of a do everything player for the Buckeyes, and if his tenacious defense can slow down Starks or prevent him from getting open three point looks, he'll go a long way towards securing the outcome for the Buckeyes. 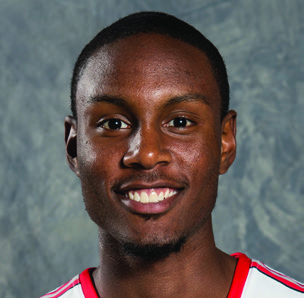 The uber athletic 6-7 swingman may end up being the tallest guy on the court while he's playing, and could have the chance to gain more separation to find his offensive rhythm. Thompson's best games have come against the two best teams Ohio State has played (13.5 ppg average against Marquette and Maryland), but he's been less of a factor in some of the other games. Let's see if Slam Thompson Dot GIF can rise to the occasion today.