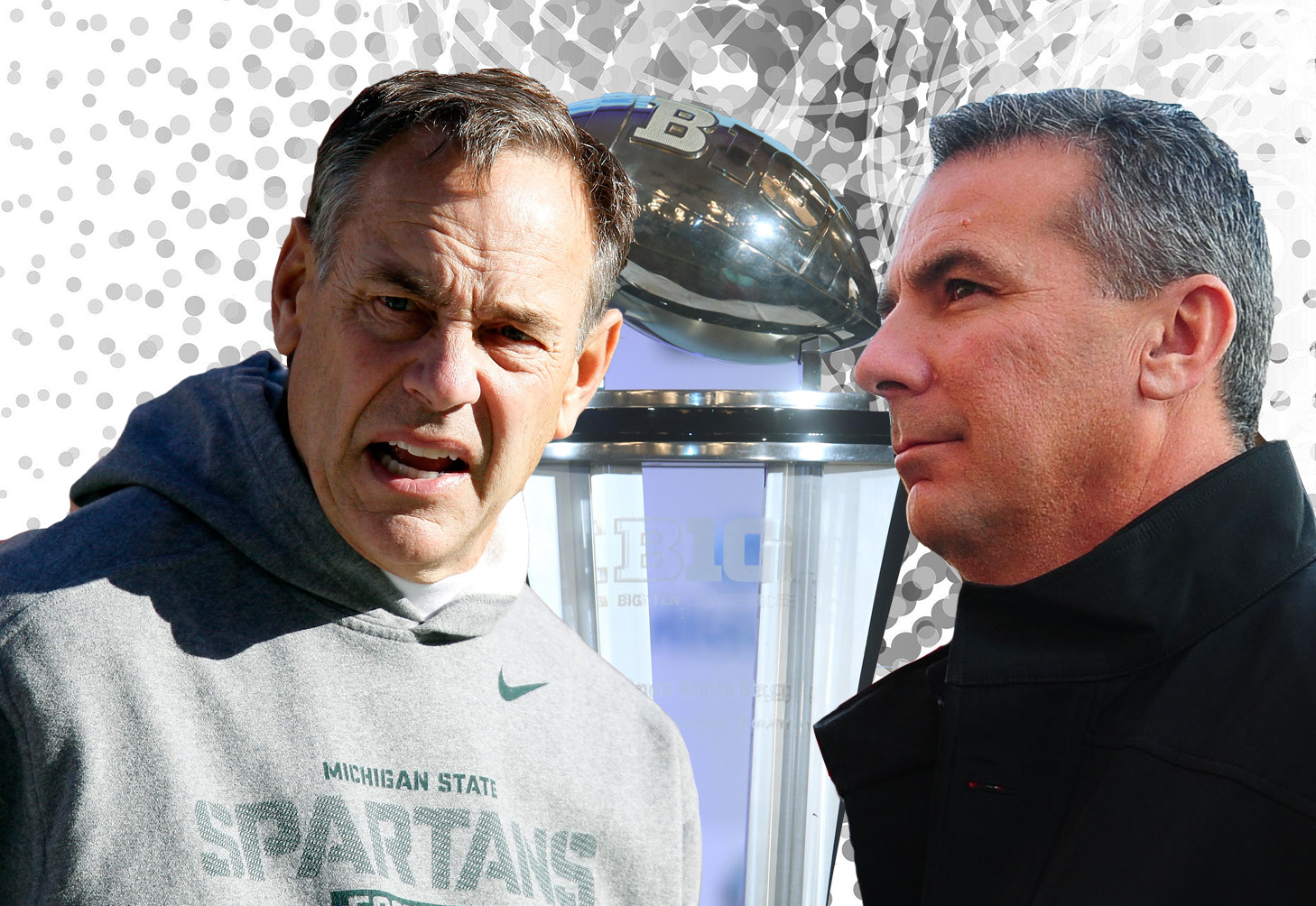 Tune in on FOX

If the Big Ten could ask for a better matchup in the third Big Ten Championship Game, I can't think of it, because what we will see tomorrow night is the conference's dream scenario. In one corner, the nation's top-ranked defense, a bruising green and white brick wall that hasn't let a team past it since September. In the other corner, a two-headed rushing monster, featuring the league's top offensive player, and top running back.

Watch this: The only hype video for Ohio State-Michigan State you need to see

Gentlemen, start your superlatives - it's the Unstoppable Force vs. the Immovable Object!

As per usual, we know the Buckeye bonafides, the Unstoppable Force in the above scenario, and the biggest and baddest weapon Ohio State will throw at Sparty is their offense, leading the Conference in rushing with 321 yards per game (second nationally), and the conference in scoring at 48.2 points per game (third nationally). Carlos Hyde is the work horse of the pack, averaging 156 yards per game, and coming off of a record-setting 226 yards in Ann Arbor last week. All that Hyde's partner in crime, Braxton Miller, did against Michigan was account for 286 yards of total offense and five touchdowns. Michigan State's defense, the Immovable Object, is great, but it hasn't seen anything like Ohio State's ground game.

Where the questions linger, however, is on a Buckeye defense that was gashed by a previously directionless Wolverine offense last Saturday. Whether it was Michigan's near-perfect execution in a rivalry game, or obvious lapses in Ohio State's defensive scheme, coordinator Luke Fickell should have been a busy man over the last six days in his attempt to right a listing ship. The defense should be plenty healthy, though, and Ryan Shazier is still the beast on that side of the ball, accounting for 50 tackles in his last three games, and leading the conference with 21.0 tackles for loss on the year. He'll need to come up big against a Michigan State rushing attack that is far from spartan, led by Jeremy Langford's 1,210 yards and 16 TDs.

What it will most likely come down to, however, is whether or not Michigan State can do what no other team has been able to do in 24-straight games - outscore Tom Herman's offense. The Buckeyes are an astounding 285-0-1 all-time when scoring 35 points or more; hitting that number will be a challenge for the Buckeyes against Conference defensive back of the year Darqueze Dennard and Conference defensive lineman of the year Shilique Calhoun, but outscoring the Buckeyes may be an even taller task for Michigan State, despite Langford and the efficient Connor Cook at quarterback. If the game turns into a defensive slug-fest where points are at a premium, that probably bodes better for the multi-tooled Buckeyes than it does the Spartans.

MSU may be able to go to the Rose Bowl with a loss on Saturday, but with the way the BCS has treated them in the past, you can be sure that's not even in their minds. I don't think nerves will be any factor, with MSU having been in this position two years ago. In 2011, they were happy to be a part of the first game, but it's a different attitude this time around.

Offensively, MSU will always be a run-first team. Looking for someone to replace Le'Veon Bell, Jeremy Langford has filled in superbly, at nearly five yards per carry. He has passed thr 100-yard mark in seven straight games, tying a school record. He has gotten off to slow starts in recent games, but has broken a run of at least 35 yards in four straight games to put the dagger in those respective games, so he has been getting strong as the game goes on. He was initially a speed back, but has gotten much more physical, breaking more tackles as the season as gone on.

Much of that success should be credited to the offensive line, which, for the first time in the Dantonio era, has been healthy all season. MSU has allowed the fewest sacks and third-fewest tackles for loss in the Big Ten. Every aspect of this offense has improved as the year has gone on, but, without a doubt, the healthy offense line has been the most important piece.

In the passing game, Andrew Maxwell started the year, but it was clear what he brought, and MSU needed to go in another direction. They went with Cook, let him work through his struggles. Like most of this offense, he has simply improved as year went on. He was consistently making the right read, but his throws were erratic, mostly because of bad footwork. Most importantly, he hasn't turned the ball over (4 INTs), and he has been able to hit the open man more frequently. As for those receivers, after a year-plus of dropping everything near them, this unit has surprisingly turned things around in a big way. Not only do they make the easy catch now, but they're good for one or two extremely difficult grabs, led by Tony Lippett. Cook spreads out his passes to seven or eight different guys a game, so there's no one player to key on in the passing game. I expect Ohio State to force MSU to beat them through the air.

Defensively, if there's one way to explain MSU's strategy, it's to force college players into making plays most of them can't. You have to be able to read complex blitzes. You have to be able to fight through press coverage. You have to hit a throw in small window down the field. Can Ohio State make these plays? I think they will make a few. After seeing what Russell Wilson did to MSU twice in 2011, I'm not surprised he has made an instant impact in the NFL.

Braxton Miller is going to have an opportunity to hit some deep balls. He did on the winning touchdown against MSU a year ago. The Spartans will sell out to stopping the run with linebackers up the middle and defensive ends on the outside, while the cornerbacks will be in 1-on-1 coverage. I think stopping Carlos Hyde will be the most important thing for MSU. I know Miller had good rushing numbers last year, but he didn't having the running back he does this year. The weakest spot of the MSU defense is the tackles in the middle, and that's where MSU will need to stop Hyde.

It's in MSU's best interest to keep this a low-possession game. For MSU's offense, this means picking up third downs. MSU was converting nearly 50 percent before going 0-for-8 against Minnesota. On defense, this means avoiding the big play, whether it's a run or a deep pass.

In the end, I actually think this game will be in the 30s.

by Luke Zimmermann and Chris Kopech 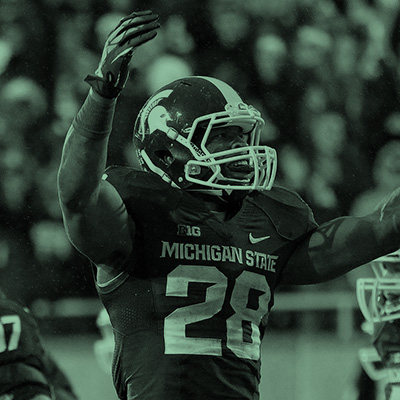 While not one of the Spartans' most naturally talented players, Allen is one of 27 Ohio natives on the roster of former Buckeyes defensive coordinator Mark Dantonio. Allen's spoken all week as to the personal nature of this one and after being snubbed for an offer by Jim Tressel, Allen will be extra motivated to join fellow linebackers Max Bullough and Taiwan Jones in giving it their all in their efforts to contain OSU's vaunted rushing attack. 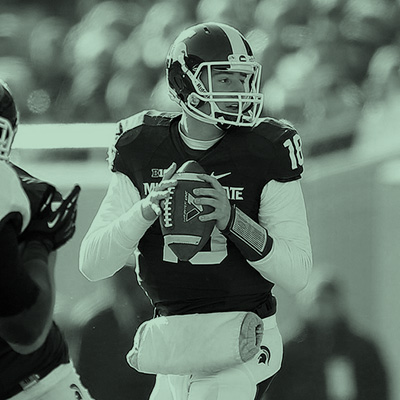 The Spartans' sophomore quarterback (another Ohio native) won't have to beat the Buckeyes by himself, but he will have to minimize mistakes to maximize Michigan State's chance of an upset. A game manager-plus for the Spartans, Cook won MSU's quarterback tontine and as his reward, he'll get an evening of having to avoid the pressure of All-Big Ten first team defensive lineman, Noah Spence, and the rest of a talented OSU line. 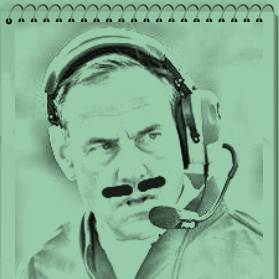 Many of Michigan State's most high profile wins have come on the heels of a fearless trick play call from the Spartans' head man. Be it "Little Giants" or "Charlie Brown", there's a better chance than not that Dantonio will elect to roll the dice should the situation present itself. Ohio State had better be ready. 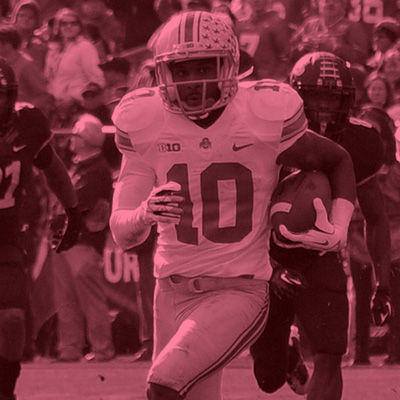 Earlier this year, Michigan State called their secondary a "No-Fly Zone", which has been backed up by the superb play of the Spartan defensive backfield, particularly the aforementioned Dennard. Does Philly Brown agree? Hell. No. Brown's trash talk will likely require some backup on Saturday night. If the Spartan defense keys on the rush, it will be up to Brown, with 50 receptions for 602 yards and nine scores, to be the difference maker for the passing attack. 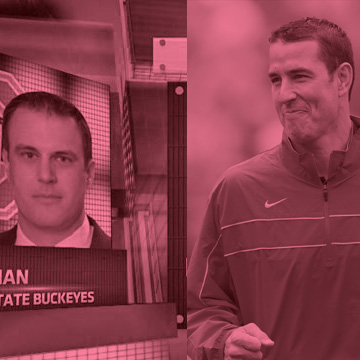 Look around the blogosphere and you will see a lot of talk about the "chess match" between Buckeye OC Tom Herman and Michigan DC Pat Narduzzi. As stated above, no one has outscored Herman's offense yet, and his gameplan against Narduzzi's defense will be a battle that will likely decide the game. Similarly, it is Ohio State DC Luke Fickell's defense that will have to step up against Michigan State's OC Jim Bollman. We can laugh, and make walrus jokes and mention running Dave, but Bollman's offense has done nothing but work in East Lansing. Fickell will have to keep it at bay and off the field to give the Buckeye offense the best shot. 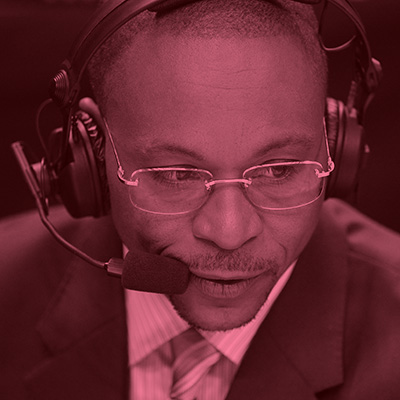 Love Gus or hate Gus, there is something about what Fox's #1 college football play-by-play man brings to the table when he calls a game. Johnson rarely calls blowouts, and is best know for his loud, maybe obnoxious, but mostly memorable calls of some of the biggest moments in sports, including the famed Ron Lewis shot from a few years back. Buckeye fans want an Ohio State blowout, no doubt, but the Power of Gus may not allow for that. Ha HAAAAAAA!