You have not been to Losingtown in some time, Ohio State fans. Let me show you the way.

Share All sharing options for: Ohio State football: A guide to unfamiliar territory

In order to help us cope with suffering a loss under Urban Meyer, we brought in an expert. Visiting professor emeritus Celebrity Hot Tub is a long suffering Florida grad who still knows the highs and lows of living and dying with a Meyer coached team better than most.

704 days. That's how long it's been since you last felt the sting of defeat, Buckeye fans, and, in that time, your coping muscles likely have atrophied from disuse. It was one thing to defend Ohio State in close victories (some closer than they should have been perhaps), but this is different. Uncomfortably different. Yes, you've been in this position before, but it may feel like a hazy memory, akin to returning to a city you haven't visited in decades. What do you do? Where do you go? Will you make it out?

Yes, but you'll need help. What makes me qualified to help you remember how to cope with loss? 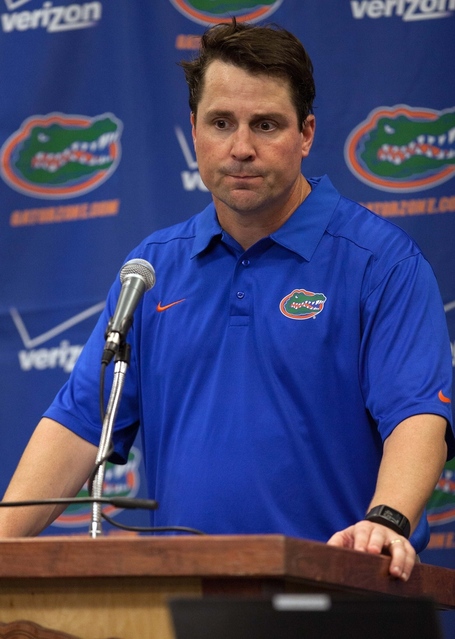 That man makes me qualified. CIRCLE UP, KIDS.

The mature thing to do would not be this, but you don't watch college football because you're interested in reaching your most mature state. So start hating. Hate on Michigan fans, hate on Iowa fans, hate on Penn State fans, hate on Wisconsin fans, hate on Northwestern fan. Michigan State supporters are to be spared, because this is about reminding the teams you beat that they remain beaten, not sour grapes.

And lash out elsewhere. Ohio State's not going to the championship? Neither is Alabama, or Georgia, or Texas, or Oregon, or USC, or Oklahoma, or Clemson, or Miami, or LSU, or Virginia Tech, or Florida. Tell those assholes to go back to work before they get fired from Burger King for a third time.

2. Remember that it could be worse.

I once thought as you do. And then my team turned into a World War I field hospital that lost to Georgia Southern at home. America is a land of mobility, but that works in both directions. Ask John DeLorean if you don't believe me.

3. Embrace your other interests.

Football is beautiful and wondrous and unlike anything else. It is also not the entirety of life, and your other talents and loves are not lessened by this loss. If you are a baker, bake. If you are a reader, read. If you are a hiker, hike. And if you've put too many of your emotional eggs into the football basket, take the opportunity to reapportion them now. It will not make you a lesser fan. Come to the place where you revel in the wins and take the losses in stride. It's happier here. You're happier here.

"Wait 'Til Next Year" is the slogan of the hopeless, until it's not. Auburn was coming off its worst season in over a decade. FSU lost a ton of players to the draft. Gary Pinkel was assumed to be a dead man walking. Duke. DUKE. Ours is a weird and volatile sport, and you do not know what next year will look like. 2013 is lost. 2014 is wide open.

WHO THE HELL DECIDED WE SHOULD LET A SUBURBAN KARATE INSTRUCTOR WITH A DEGREE IN TV/VCR REPAIR COACH A FOOTBALL TEAM. (See step two.)