For the first time in the history of the Big Ten Tournament the top 4 seeds have all advanced to the semifinals, meaning fans are in store for some great basketball this afternoon.

The action on Friday from the United Center went as expected for the most part. Indiana rolled against an overmatched Illinois team. Wisconsin/Michigan was almost unwatchable for a half before the Badgers found their stroke. Ohio State had a little early trouble with Nebraska, but that they took the lead before half and cruised in the final 20 minutes. The best game of the day was between Iowa and Michigan State, where the Spartans erased a double-digit deficit in the second half and derailed any hopes Iowa had of making the NCAA Tournament. While the number of games played today is cut in half compared with the last two days, the quality is ramped up greatly with four teams that are capable of making a run to the Final Four in the NCAA Tournament in action today.

1) Indiana v. 4) Wisconsin - 1:40 PM EST - CBS: In the first Big Ten Tournament semifinal today, Indiana will try and extract some revenge on Wisconsin for the loss that the Badgers pinned on the Hoosiers in Bloomington in January. To reach Sunday's final, Indiana will have to avoid losing to Wisconsin for the 12th straight game. Since arriving at Indiana, Tom Crean has still not led one of his teams to victory of Bo Ryan and the Badgers. This is not the first 11 game winning streak that Wisconsin has held over Indiana, as from 1912 to 1919 the Hoosiers failed to defeated the Badgers.

Much like when Indiana and Illinois played in Champaign last month, Indiana held a sizeable lead for most of the game against the Fighting Illini. Unlike last month, Indiana didn't squander the lead late in the game, as they secured a 80-64 win against Illinois. Cody Zeller was one of five Hoosiers that scored in double figures, as he put in a game-high 24 points. Illinois just wasn't able to keep pace with the blistering shooting that Indiana was exhibiting in the United Center, only hitting 35% of their shots compared to the 54% that Indiana hit. The highlight of the first game of the day was this 360 dunk from Victor Oladipo that put the finishing touches on the Indiana win. Oladipo finished the game with his second straight game with a double-double, putting in 12 points and grabbing 11 rebounds.

Through 20 minutes of play in the day's second game at the United Center, you may have expected Brady Hoke and Gary Andersen to be roaming the sidelines. The basketball played in the first half that ended with Michigan holding a 20-17 lead, was as bad, if not worse, as the scoreline indicated. Each team had taken 29 shots, with Michigan only making 10 and Wisconsin making half that total. Whatever Big Ten Coach of the Year Bo Ryan said to his team during the break pushed the right buttons, as the Badgers came out firing in the second half. Early in the half Wisconsin put together a 10-0 run which gave them the lead, which they didn't relinquish the rest of the way. Much like how they couldn't make anything in the first half, Wisconsin couldn't miss in the second half, hitting 17 of the 28 shots they took. Sophomore Traevon Jackson, son of Ohio State great Jim Jackson, bested the career-high that he set on Sunday against Penn State by one point, scoring 16 points in Friday's victory. Ben Brust also hit four 3-pointers on his way to 14 points. The suffocating Wisconsin defense harassed Trey Burke into a poor shooting game, with Burke going 8-22 from the field and finishing with 19 points.

In their matchup in January, Wisconsin became the first team this season to hold Indiana under 60 points, a feat that has only been matched by Ohio State late in the year. Cody Zeller did all he could to try and snap Indiana's losing streak against Wisconsin with 23 points and 10 rebounds, but he didn't get very much support from his teammates. Christian Watford and Victor Oladipo were the only other Hoosiers to score in double figures in the loss. Wisconsin's deliberate offense and stifling defense really upset the way that Indiana had been accustomed to playing. Coming into the game Indiana had five players averaging double figures. As per usual, Wisconsin got a little bit of offense from a variety of sources. Ryan Evans was high-scorer for the Badgers with 13 points, while four other players scored at least 9 points for Wisconsin. 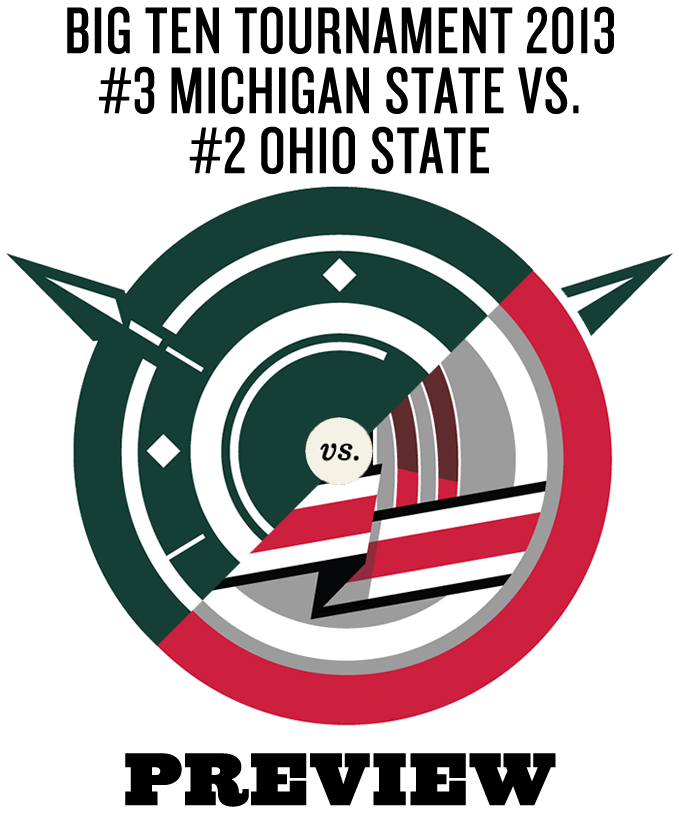 On Friday, Indiana was able to get some revenge on Illinois for the loss that the Fighting Illini pinned on them earlier this season, and on Saturday the Hoosiers will look to do the same to the Badgers. To win, Indiana will have to speed up the tempo and push Wisconsin out of their comfort zone, unlike when the two teams played in Bloomington. The magic point total for Indiana today will be 60. If Indiana is able to put at least 60 points on the scoreboard, they should have a real good shot at winning. Wisconsin has held seven of their last eight opponents to 60 points or less. Indiana will also need to shoot better for 3-point range than they did on Friday and also in the previous matchup with the Badgers. Against Illinois, Indiana only hit 5 of 17 for behind the arc, and was just 3 of 12 when these two teams met back in January.

While it is never safe to count Wisconsin out of a game, this has the feeling of a game that Indiana should win, but they'll certainly have to work to do it. Indiana already captured their first unshared Big Ten regular season title since 1993, and are looking to win their first Big Ten Tournament in school history. What a fitting way for Indiana to have to continue their drive to the title, by having to exercise the demons that Bo Ryan and Wisconsin have been lately for them.

2) Ohio State v. 3) Michigan State - 4:05 PM EST - CBS: To ready you for Saturday's rubber match between the Buckeyes and Spartans, Luke has your preview for the clash in what should be an exciting second semifinal today.