An exclusive first-person account of Aaron Craft's tumultuous second half vs. Iowa State.

Share All sharing options for: Aaron Craft's third round diary 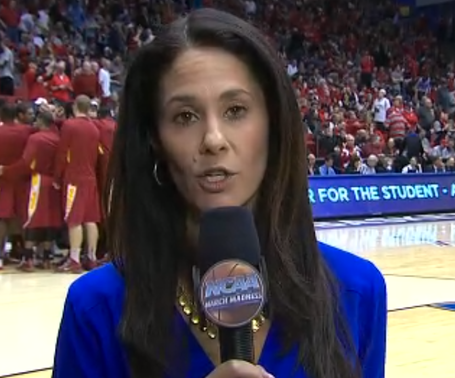 I know it sounds silly, but a major – MAJOR! – factor behind my second half tragicomedy was the presence of sideline reporter Tracy Wolfson. I’ve grown accustomed to Samantha Ponder this season (haven’t we all?), and she is as vital to my gameday routine as stretching or threatening to flat-iron Amedeo’s hair when he randomly bursts out into song. Not trying to make excuses, just providing the explanation that Buckeye Nation deserves. 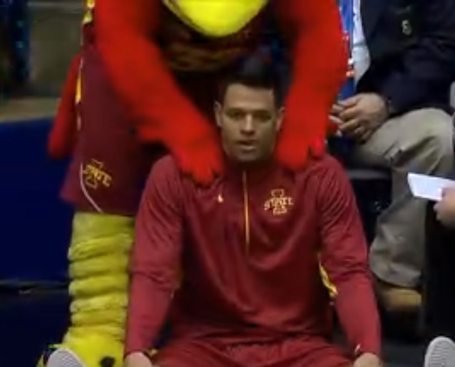 Explanation No. 2: If Brutus had given me a halftime shoulder massage, we would've won by 50. 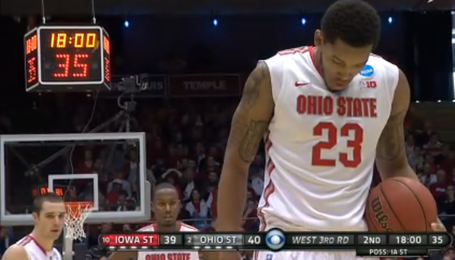 First non-massage/Wolfson-related omen of a grim second half: Sam and I bet a Jimmy John’s sandwich on the outcome of this Amir free throw, and Sam won (Amir missed). However, I smell a conspiracy – perhaps Sam offered Amir half his sub to intentionally miss or something. Of course, that probably wasn’t necessary considering Amir’s ghastly success rate from the charity stripe.

Some have lambasted me for playing rock-paper-scissors during the second half of a close NCAA Tournament game, which is ridiculously unfair. On average, rock-paper-scissors lasts a mere 1.3 seconds, and I ALWAYS win on the first throw with paper, the thinking man’s choice. Would you rather have me messing with my Rubik’s cube? 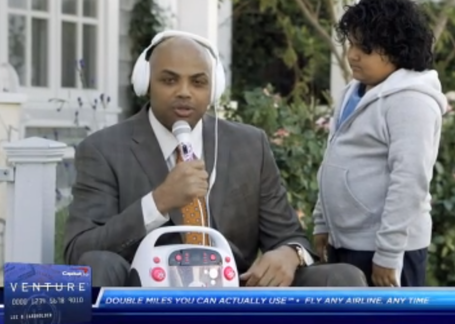 Barkley wears Beats By Barbie on national TV, yet still has the nerve to come after me on CBS’s postgame show? Are we even sure he’s watched a single college basketball game this year? (Auburn games don’t count, as they finished last in the SEC and therefore play a primitive, pre-Naismith version of the sport.) 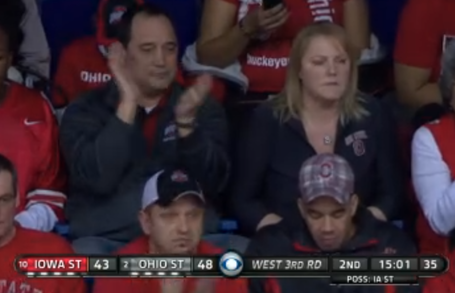 Fun fact: I absolutely hate when my parents clap after a missed foul shot, as well as the obligatory disingenuous hand-slapping with teammates. When did negative reinforcement become acceptable? Another thing I abhor: When bloggers write bogus posts lampooning my daily life and/or inner monologue. Take this pseudo-rific offering from College Spun’s Josh Selway, who makes light of the fact that I "properly dispos[ed] of [a fellow Ohio State student’s] [cigarette]." For the record, I wasn’t just delaying the inevitable corrosion of the kid’s lungs; I was preparing him for the tobacco-free policy President Gee plans to enact in August. 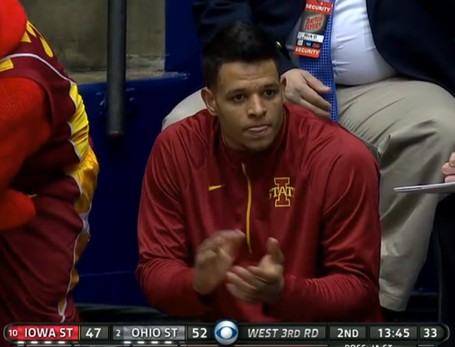 Bruno Mars over here wanted no part of me in the second half, but had to play up the whole "I’m really, REALLY trying to muster the strength to get back on the court, hence my need to sit on the floor and receive periodic deep-tissue massages from our mascot" vibe in order to save face with his teammates/the viewing public. Can’t blame him. 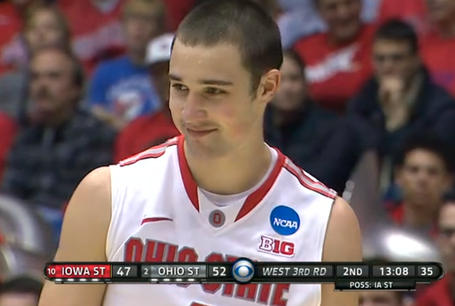 Simple advice I learned from OSU alum Bob Knight: If I don’t have anything nice to say, I don’t say anything at all. Mark May should try it sometime. 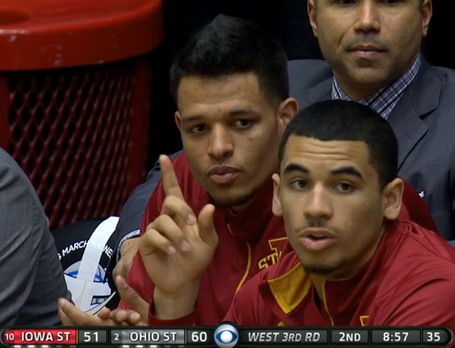 Bruno Mars finally raises the white flag after realizing the bench is infinitely more comfortable than the floor, no matter how soothing the mascot backrubs are. Au contraire says Tracy Wolfson, who claims the Iowa State "bench" has not ruled Bruno out yet; he’s been "talking to the coaches about how he’s feeling" and performing some ostensibly impressive "lateral exercises" that leave a glimmer of hope for his return. How exactly an inanimate object can decide Bruno’s fate remains unclear. I for one maintain that he will not play. (Lateral exercises? Shit’s not even strenuous!) 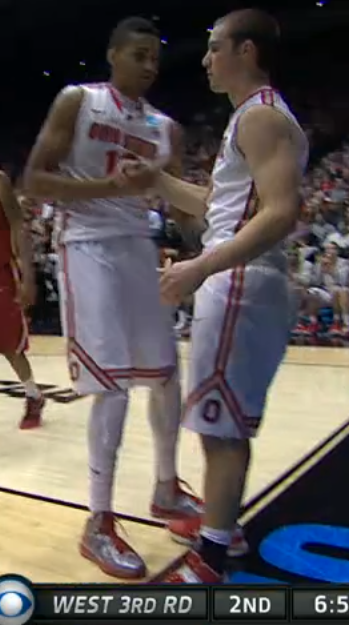 Q said he’d invite his cousin Rick to our postgame pizza party if I made both of these free throws, which I proceeded to drain. Accordingly, I’ve sent in a request to Webster’s for this picture to accompany the word "clutch" in all future dictionaries. 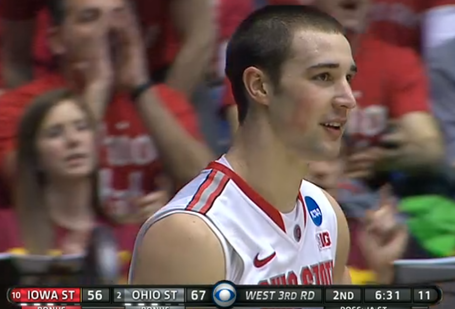 Almost pulled the "Don’t you know who I am?" card after being called for this charge. It’s worked at Zac Brown Band concerts before, FYI. 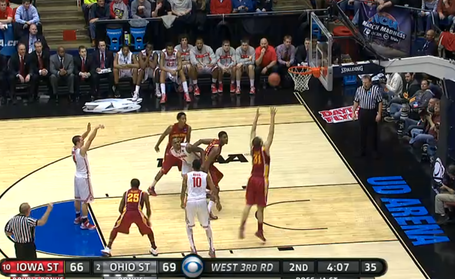 Having just missed an easy lay-in and two consecutive one-and-one opportunities, the thought of being labeled a goat began to creep into the back of my mind. Goat-dom, of course, would do irreparable harm to my brand and shatter the "winner" image I’d crafted (LOL!) in my time at OSU. Consequently, if we lost, I planned to go full-Tebow – each timeout was spent mentally writing the postgame speech that would eventually be immortalized in bronze. We call that a lose-win! 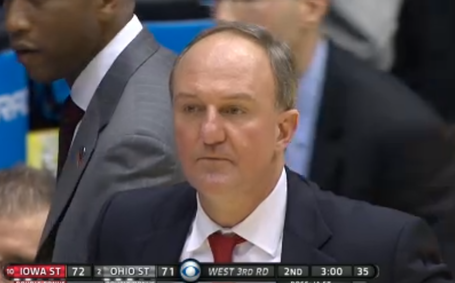 He categorically denied this on the bus ride back to Columbus, but I know Thad was straight fantasizing about Trey Burke in the scarlet and gray here. Shame on him! 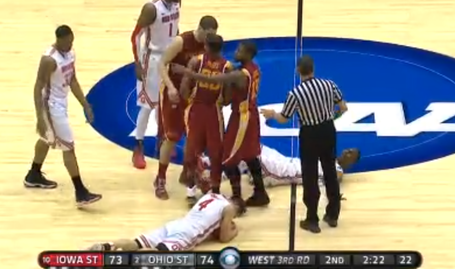 I credit my game-winning three to this upward dog routine. It was easy and quick, yet made all the difference in the world. It’s the little things, people. 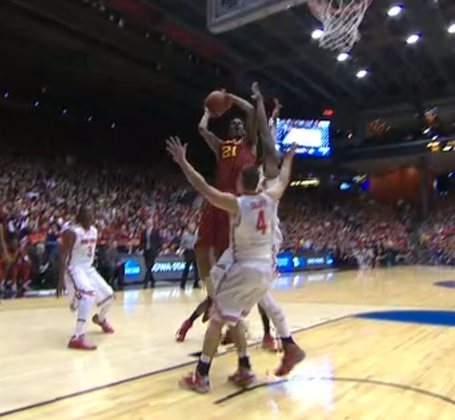 Re-watching this, I think Jim Nantz and the ISU bench were the only people/things in the world who couldn’t immediately grasp that this was a blatant charge. 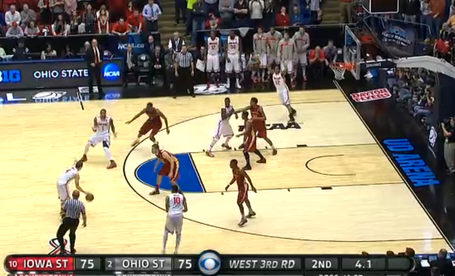 Unsurprisingly, Deshaun remains furious that I didn’t defer to him here despite the positive outcome. 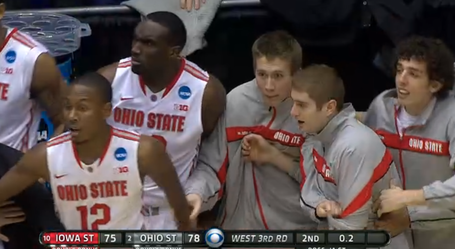 I on the other hand remain furious that walk-on Jake Lorbach had to be restrained from running laps around the court with .5 seconds left in the game. Fortunately my teammates could hold him back, or else I would’ve actually had to go through with that Tebow bullshit. I encourage you to tweet him your displeasure at his aptly-named account, @BlitzkriegBach. On to the next one!