After going undrafted in the 2013 NFL Draft, Ohio State linebacker Etienne Sabino agreed to terms on an undrafted free agent deal with the New York Giants. Sabino is rated as the No. 27 outside linebacker prospect in this year's draft class by SB Nation's Dan Kadar. Sabino joins former Ohio State teammate Johnathan Hankins who was a second round pick of the G-Men. 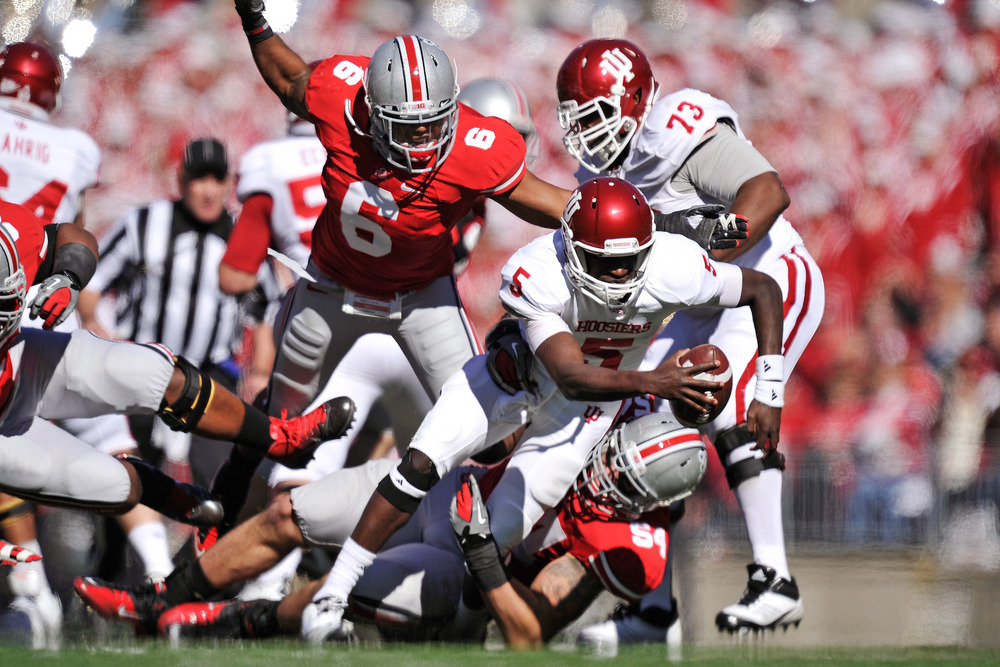 "The lack of "quick hips" has also been used as a knock on Sabino (and could factor prominently if as some expect he winds up playing on the outside as opposed to the middle where he finished his career in Columbus), but with the right coaching (and some improved behavior on not just how he moves but how he makes the most out of the space around him), it's definitely not out of the question that he finds himself on your linebacker depth chart sooner rather than later." - LGHL's Luke Zimmermann

Sabino has the physical capability to be a solid NFL player. He is well-built at 6'2, 247 pounds, and is endowed with the athleticism to be used in a variety of roles, from rushing the passer to holding the edge. His speed and hustle are excellent.

Sabino does not appear to have very good natural instincts, however, and could have trouble getting on the field in any capacity but special teams as a result. Despite his potential, Sabino had a rather underwhelming career with the Buckeyes.

The linebacker rotation for the Giants is fairly crackable. Keith Rivers and Jacquian Williams are set on the outside, and former Cowboy Dan Connor is a new addition on the interior. But with only ex-Boston College Eagle (notable for overcoming cancer) Mark Herzlich, and Jake Muasau backing up Connor, it's not out out of the question that Sabino finds a way to make a play for that third middle linebacker spot. If Sam is where he translates at the next level, he'll have every opportunity to make an impact early in minicamps.

Sabino played in only eight games last season due to a broken fibula. Over that span, he had 45 tackles, 3.5 for loss, two sacks, an interception and a forced fumble.