Share All sharing options for: A David Perkins of South Bend, Indiana was arrested in Bowling Green last weekend

Per Tony Gerdeman of The O-Zone, a David Perkins from South Bend, Indiana was named in a Bowling Green police record from over last weekend. According to the Bowling Green Police Department, the individual named "David Isaiah Perkins" hails from a South Bend, Indiana address and was arrested on May 25th, 2013 for criminal trespassing, criminal mischief, criminal damaging of property, and being under the influence of alcohol as a minor.

The individual, a 20 year old, is listed as having a birthday of April 13th, 1993. Land-Grant Holy Land has confirmed that the David Perkins leaving Ohio State has a birthday of April 13th. Obviously it's possible this was a heck of a coincidence, but the narrative does line up with an 11W report from earlier in the day that David Perkins would not wind up landing at Urban Meyer's former school, Bowling Green, as had once been speculated.

97.1 The Fan's Lori Schmidt also surfaced the mugshot of the individual that appears to bear a strong resemblance to Perkins: 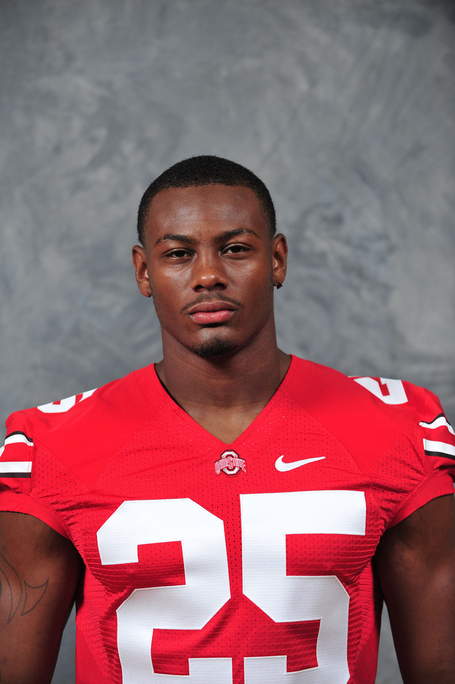