Urban Meyer told the media at Ohio State's Media Day Sunday that the alleged team rules violator sophomore defensive back Najee Murray had not been dismissed from the program, but had instead been suspended indefinitely.

With plenty of rumors flying on message boards and Internet comment sections, following yesterday's report that Najee Murray had been dismissed from the Ohio State football team, Urban Meyer told the press that Murray had instead been suspended from the team as a result of an apparent team rules violation. Meyer wouldn't confirm that the defensive back had been dismissed but also wouldn't give specifics regarding the situation as a whole.

"It's a training camp issue," the head coach said on the subject.

A roster Ohio State handed out at the beginning of Sunday's media day still listed Murray (#18) as an active member of the team (though the date at the top of the roster indicating it had not been updated since August 5th). 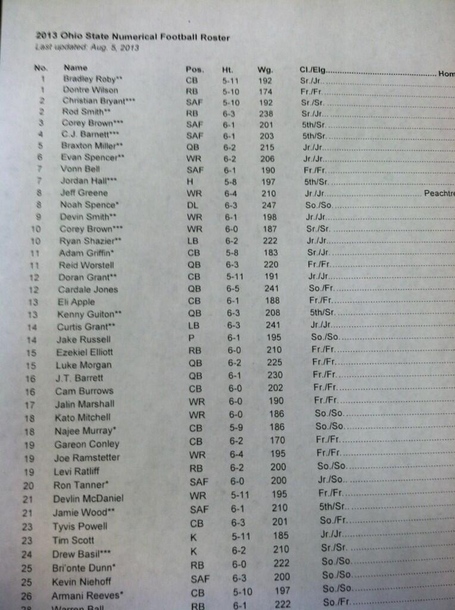 Though it remains possible that Murray's ultimate punishment will be dismissal from the program, as of now, it appears that whatever transpired that led to the discipline, for the time being, will result in the situation being handled in-house.

Andrew Lind contributed to this report