Though it's still possible (if not probable) Ohio State and Nike roll out some slick alternate uniforms in a one off scenario later this year, here's what Ohio State will be wearing for the entirety of the 2013 football season.

Share All sharing options for: Ohio State football uniforms 2013: Everything we know

After months of rumors of varying truth, the Ohio State football team will be wearing the latest Nike technology for the 2013 season.

The newest template made available by the shoe and apparel company, the Pro Combat Hypercool Uniform, is Nike's most innovative creation yet.

Very similar to the NFL's Elite 51 template, the jersey is instantly recognizable by Nike's patented Flywire fabric on the collars. The first Pro Combat uniforms that the Buckeyes wore against Michigan included Flywire, as well, but it was on the shoulders.

This technology makes the neckline appear lose when the players are in not in pads, but fabric tightens to the shape of the shoulder pads to avoid an opponent grabbing a player by his jersey.

The upgrade also includes something only worn by a small number of other FBS schools. Oregon, Alabama and Texas' jerseys all feature Nike's patented Chain Maille Mesh on the back and under the shoulders. This fabric is an extremely breathable material, but is also very strong and durable.

The Buckeyes home jerseys feature seven gray buckeye leaves on the back collar, signifying Ohio State's seven national championships. The away jerseys will have red leaves: 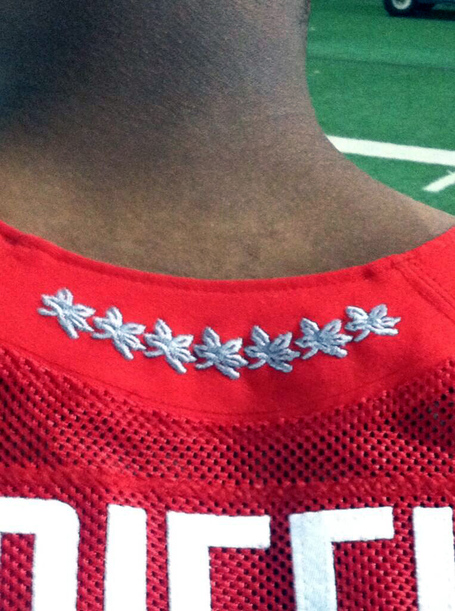 Also new to the jerseys is an updated name font. As seen in Dontre Wilson's jersey compared to Etienne Sabino's, the letter 'S' is noticeably different: 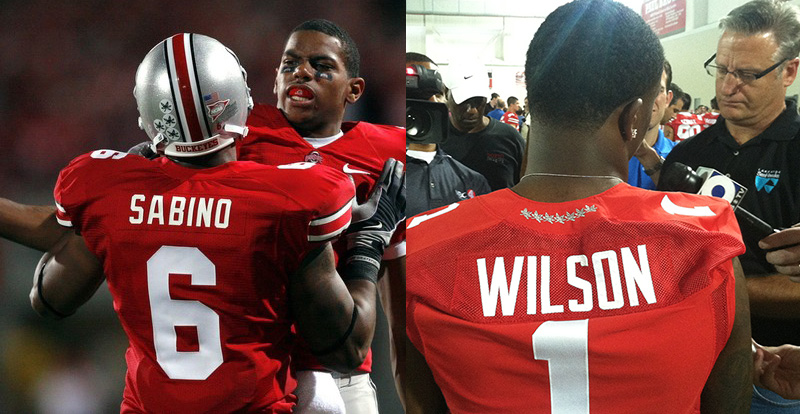 The last update to the football jerseys is the pants stripe. In previous years, the black stripes on the black/white/red/white/black pants stripe have been thicker than they should have been. Since they are intended to be the same as the helmet and jersey stripes, it wasn't uniform, until now: 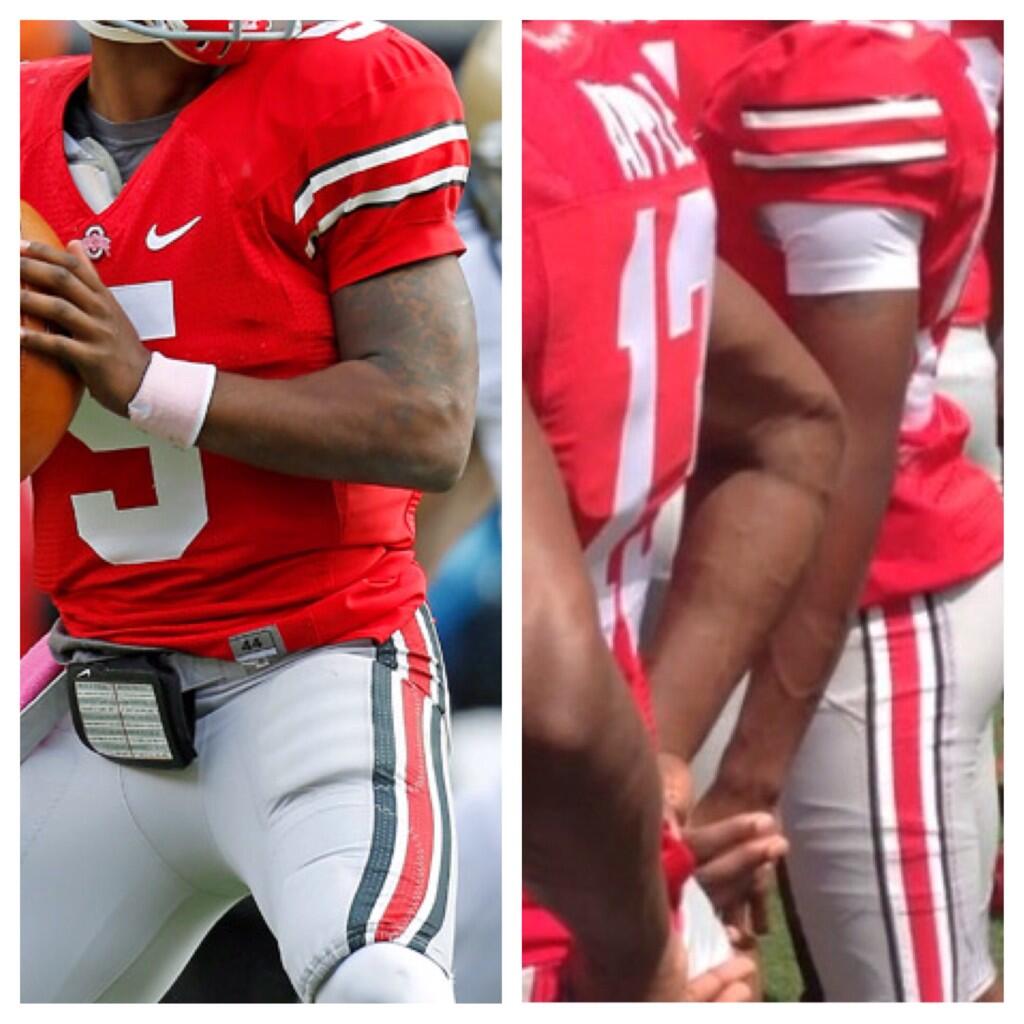 So what do you think about this years uniforms? Love them? Hate them? Let us know your opinion in the comments below.