Hitting up an Ohio State football game this fall? Prepare to eat well

Ohio Stadium's getting some upgrades this fall – and in a big way.

Share All sharing options for: Hitting up an Ohio State football game this fall? Prepare to eat well

The Ohio State University recently partnered up with Chicago-based Levy Restaurants to be its exclusive food and beverage partner, replacing long-time partner Sodexo.

Levy Restaurants was founded in Chicago in 1978, and is recognized by Fast Company Magazine as one of America's fastest growing and most innovated companies in sports. The company oversees events such as the Super Bowl, Kentucky Derby, World Series, U.S. Open, the NBA and NHL All-Star Games, as well entertainment venues such as Disney World.

On Wednesday, members of the media had the pleasure of experiencing a tasting of the new menu.  The event, which took place in the Huntington Club Level of Ohio Stadium, offered a preview of the concessions available to the general public, as well as those with seats in the club level.

Athletic Director Gene Smith was at the event, where he praised Levy's creative menu items, as well as their commitment to service products made right here in Ohio. Smith also noted that Ohio Stadium's previous claim of being waste free will only improve with their relationship with Levy, who's products are 100% compostable.

Starting this Saturday, those who attend a Buckeye sporting event will be treated to many delicious options around the stadium. 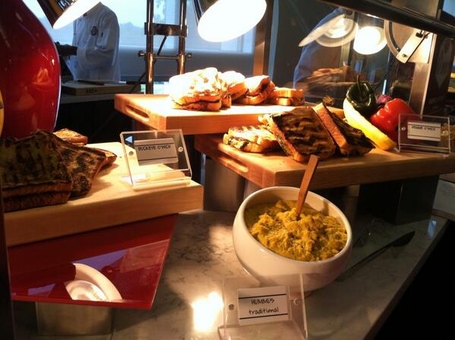 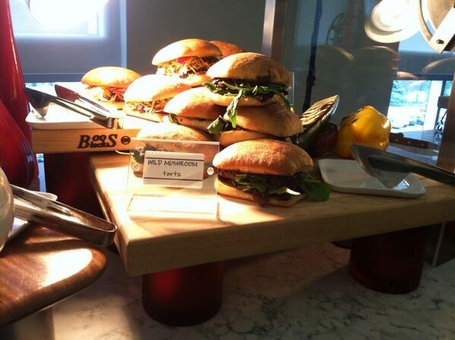 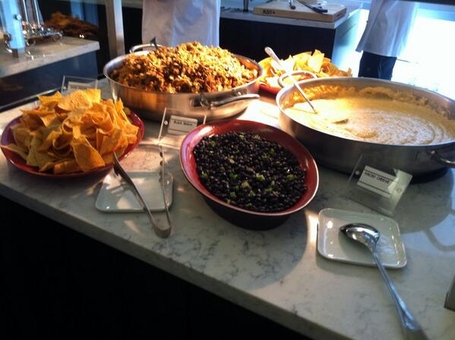 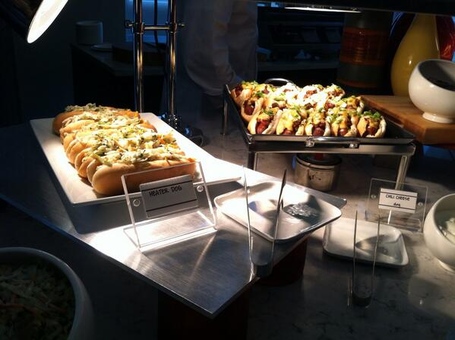 Gluten-Free Chili, Hot Dogs and Nachos - A gluten free option is available for most menu items. 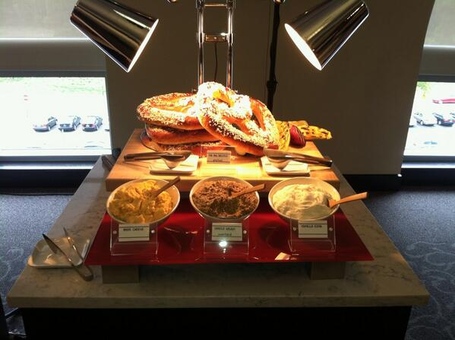 In the Huntington Club Level, the menu includes: 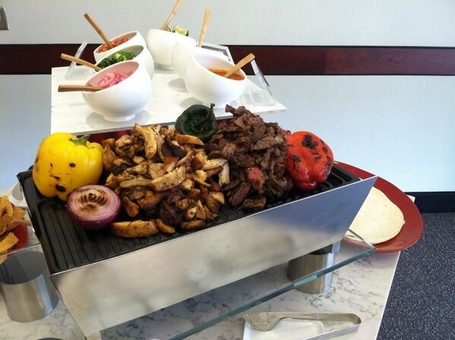 The Huntington Club will also feature a special menu from Cameron Mitchell Restaurants.  The items served from these restaurants will change weekly.

Last, but certainly not least, this gigantic cart full of deserts will be roaming the hallways: 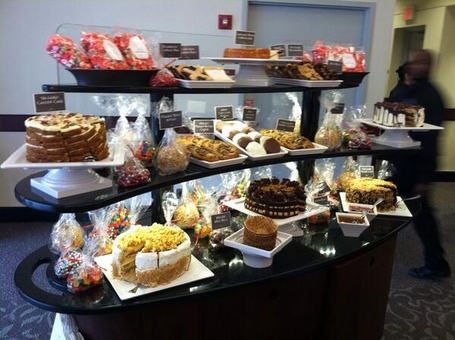