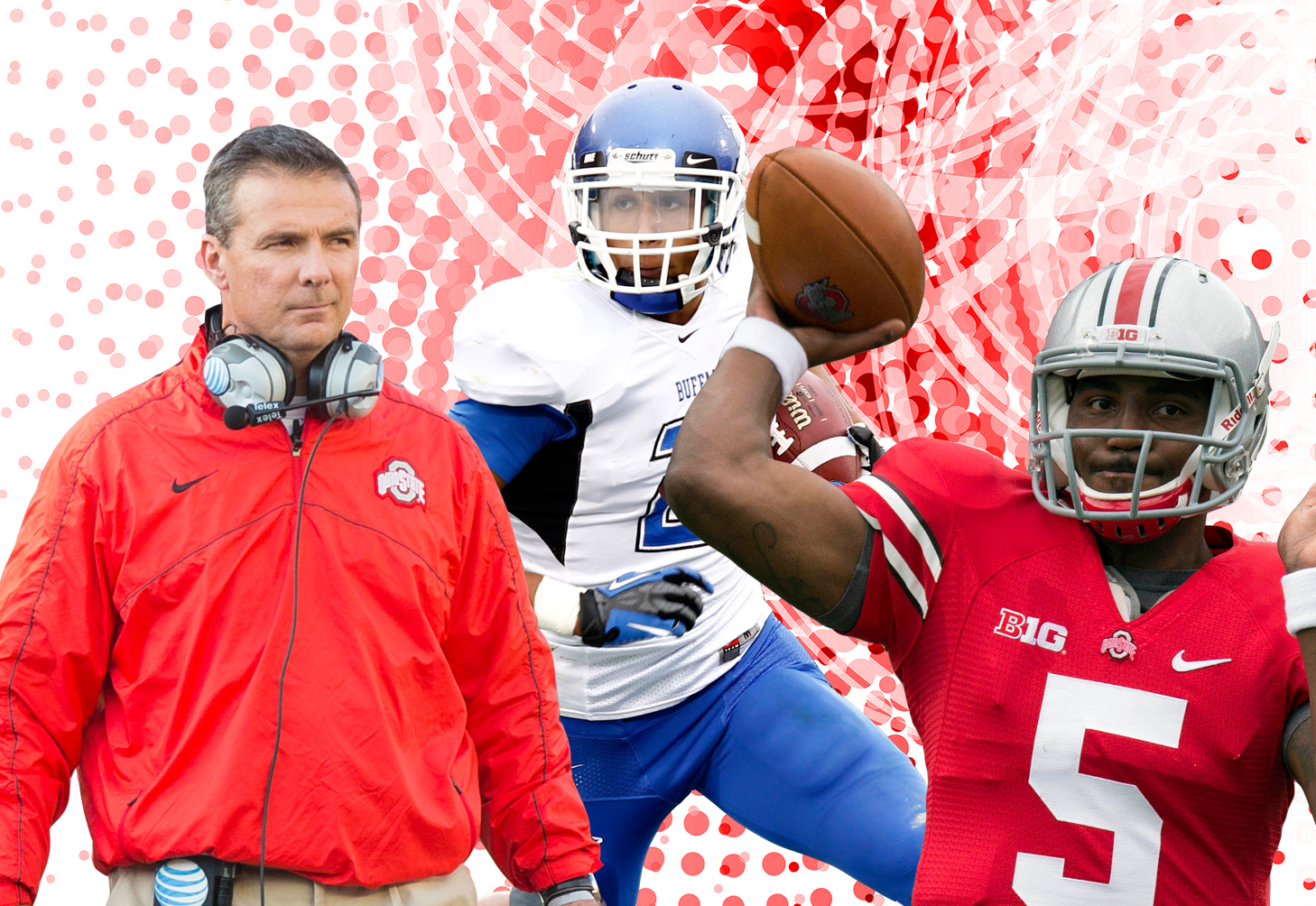 Tune in on ESPN2

Ohio State has an athletic defense, but they are young. Buffalo will need to push the tight ends and the slot receivers deep to open up room underneath in the zone and also to see if they can catch their safeties flat-footed.

Buffalo's depth at receiver and tight end may prove the key. UB needs to push the Ohio State safeties into making quick decisions with good routes by the interior receivers.

UB QB Joe Licata won't make the plays Braxton Miller makes; instead, the UB running game will need to be operational to force Ohio State to bring more pressure at the line of scrimmage, and as the old adage goes, the run will open up the pass.

Buffalo will need DL Colby Way, LB Khalil Mack, and co. to make Miller uncomfortable; he is just too good right now to try and drop in coverage and stop. Even if you cover everyone downfield, he is a threat to run. UB will have to put Miller on his back early and often to have a chance, and they can never give him the cushy pocket their o-line sometimes affords him.

The Bulls also have to stay out of obvious passing situations to avoid Ohio State's pass rush. With the Achilles heel of the defense potentially being the pass coverage skills of the safeties, the best way for UB to exploit that is by putting the secondary on islands and trying to keep everyone guessing.

Ohio State's coming to play football, they 'ain't come to play school'. We know OSU's defense is athletic, so the Bulls need to keep the Ohio State defenders thinking, not reacting.

The Buckeyes enter year two under Urban Meyer looking to fulfill the lofty expectations of the wildly successful second year his programs have had throughout his coaching career. Part of that means taking an already expeditious offense and making it both more efficient and faster and part of that means figuring out how to keep their defense healthy for 12 games. The Bucks aren't off to a spectacular start with the latter.

For all Braxton Miller was last year, durability and consistency were two elements of his game he struggled with. A year wiser, a year more mature (both on and off the field) Miller means sleep lost for opposing coaches and a chance for the Buckeyes' offense to take another leap.

Defensively, sophomore defensive ends Noah Spence and Adolphus Washington are as talented as any Urban Meyer had at Florida. By unleashing them and rotating in a slew of talented 2013 newcomers, the Buckeyes will look to emulate the formula from Meyer's Gator days which saw him overwhelming opposing lines with the combination of speed and strength.

Ohio State's secondary will be without preseason All-American candidate Bradley Roby, but even in spite of a few injuries, is anchored by two senior incredibly game-tested safeties. With a number of skilled frosh (remember the names Apple, Conley, and Burrows), and a talented sophomore in Armani Reeves spot-starting for Roby, the drop off should be minimal.

by Luke Zimmermann and Tim Riordan 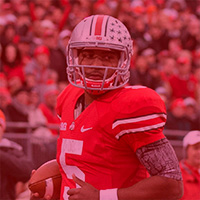 For all Miller's attributes you can glow about, endurance is a focus point in 2013. By helping to minimize how much the Buckeyes' principle signal caller has to do entirely on his own, Ohio State hopes to amplify his effectiveness. A year ago Miller accounted for 2,039 yards through the air, another 1,271 on the ground, and 28 total touchdowns. The Bucks hope to build on that with improved mechanics and another year in Meyer and OC Tom Herman's offense. 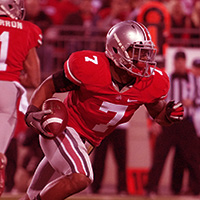 Although injury stole what was supposed to be a special senior season for Hall, the once-and-former exclusive running back was said to be the best running back in Ohio State's camp, even including the suspended Carlos Hyde and Rod Smith. Though Hall is expected to primarily play in the Pivot position (browbeaten to death as the so-called 'Percy Harvin' position), with two key cogs in the OSU rushing attack sidelined, he might see more out of the backfield carries than will be the case the rest of 2013. 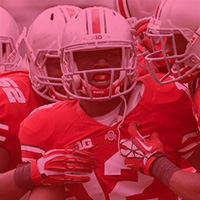 Not a spot starter in a sense like Hall, but Ohio State's #2 corner finds himself elevated to the top spot with redshirt junior starter Bradley Roby out due to suspension. Grant's hard work paid off this fall with him drawing high praise from safeties coach Kerry Coombs and many expecting him to be a key beyond the opener with so many opponents electing to throw away from Roby. Grant had 19 tackles (15 solo) in '12, and in a start for the injured Roby against UAB, recorded a career-high seven tackles, a sack, a fumble recovery, and an INT. 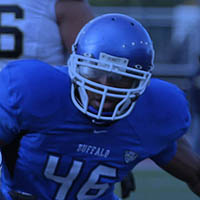 In 2012, Mack had one of the greatest defensive years the MAC has seen in recent years: 94 tackles, 20 tackles for loss, 8 sacks, 2 passes broken up, 4 QB hurries, 4 forced fumbles and 1 blocked kick. Mack is a terror in the defensive backfield. He's fast and never gives up on a play, and has very quick hands which help him shed off linemen. If a play starts to break down, someone better account for him. If there is one hitch in his game, it might be pass coverage; Mack is an average pass defending linebacker. 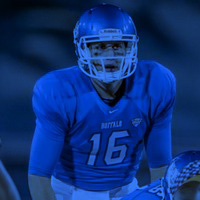 The Bulls start the season with Joe Licata under center. This is the fourth time in four years under Jeff Quinn UB has a new starting quarterback for their opening game. Because Licata is a pocket passer (unlike the last three season opener starters), the offense will look different than it has in recent years. Licata is an accurate passer with good field vision but lacks meaningful mobility. Quick accurate reads are going to be important against the talented yet inexperienced Ohio State line. 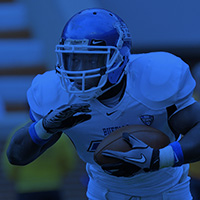 Oliver broke out in 2011 during his sophomore year. He set UB’s single-season records for rushing yards when he carried the ball for 1,395 yards. He also broke UB's single-season records for carries (306) and all-purpose yardage (1,760 yards). The other record set in 2011 by Oliver was that of 100-yard games (8). He is a north-south runner with good downfield speed and a low center of gravity. Oliver is not a shifty back, but he can make the first guy miss, and when he does he can be very dangerous. Once Oliver gets a full head of steam, Oliver is hard to bring down. When he is stopped, it's usually while going forward for a few extra yards.