The Buckeyes' star linebacker was carted off with really bad cramping.

Share All sharing options for: Ohio State linebacker Ryan Shazier carted off the field against Buffalo

According to ESPN's Beth Mowins, the Buckeyes were forced to cart linebacker Ryan Shazier off the field with an undisclosed injury. From the shots of Shazier being taken back for examination (and given the need to be carted off in the first place), a return this week seems questionable.

A report from ESPN's Paul Carcaterra suggested that Shazier may be experiencing extreme cramping/dehydration as a result of how hot it was on the field in Ohio Stadium. The high in Columbus today was 86 (feels like 92) and though OSU's head trainer told Carcaterra that all the players were hydrated, Shazier seemed to really be struggling.

The Buckeyes were already thin on the defense with Tommy Schutt, C.J. Barnett, and Rashad Frazier injured and Bradley Roby suspended. Here's the Buckeyes' preseason All-America candidate linebacker shown being taken back off the field: 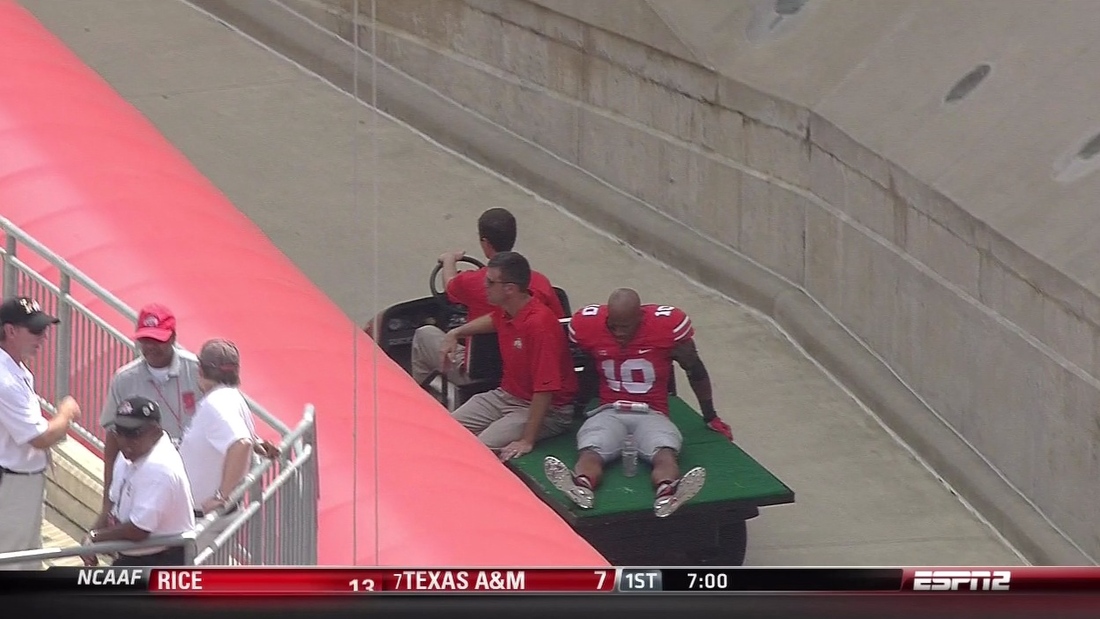 Ohio State has officially confirmed Shazier left the Ohio State-Buffalo game with cramps. No update beyond that on his status.