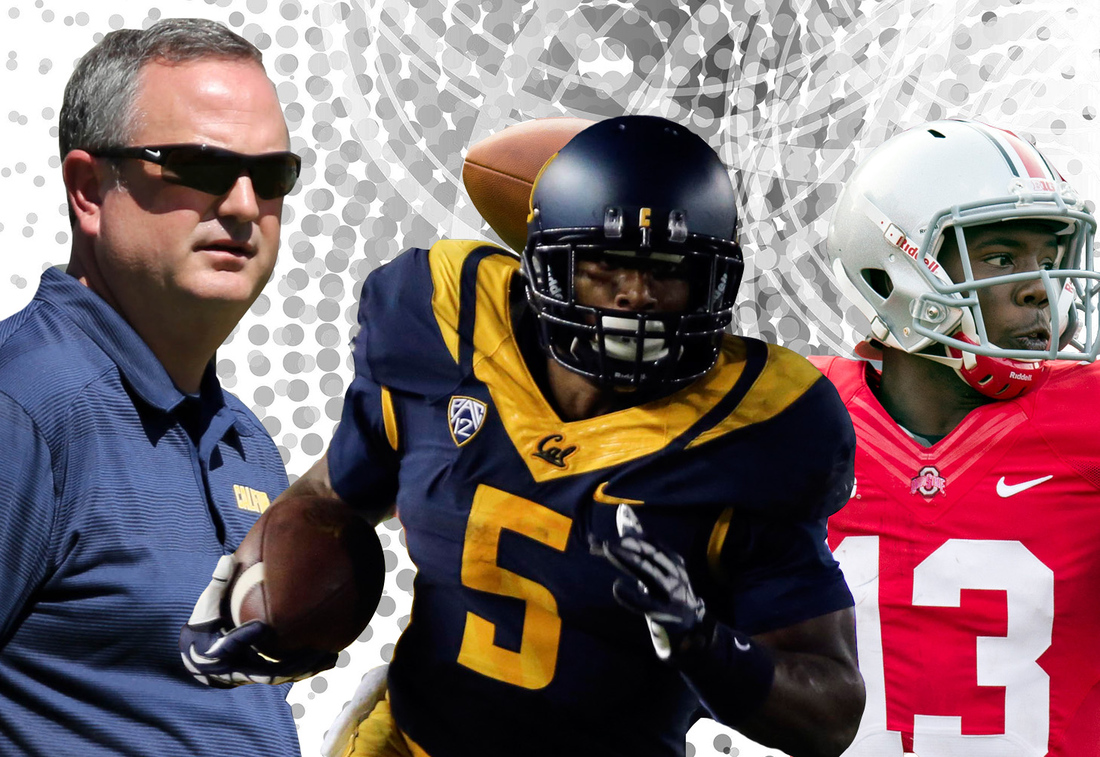 Tune in on FOX

The Buckeyes head to Berkeley, California for their first road game of the season on Saturday, taking on the Cal Golden Bears in Memorial Stadium, a rematch of a close game between these two teams last season in Columbus. Ohio State won that matchup, 35-28, but it was a hard-fought victory.

Cal's "Bear Raid" offense has enabled quarterback Jared Goff, a true freshman, to post record-setting passing numbers over the first two weeks of the season, with 935 passing yards to date this year, the most ever for a true freshman. Ohio State's defense can disrupt the young quarterback and force mistakes by applying consistent pressure. Goff has thrown three interceptions (two were returned for touchdowns by Northwestern) and has been sacked nine times. Ohio State's defensive line must pressure Goff consistently, and the secondary should be prepared to capitalize on any errant throws by Goff. Goff has a very quick release, and effective coverage schemes when Cal's receivers are spread wide will help give the pass rush time to work.

Everyone in the Buckeyes' locker room remembers Brendan Bigelow, the Cal running back who rushed for 160 yards and two touchdowns on four carries the last time these teams met. While Bigelow's numbers have been significantly less impressive than the 40 yards per carry average he put up against the Buckeyes last fall, containing Cal's rushing attack and limiting Bigelow's big-play potential, which he exhibited against the Buckeyes in 2012, will also be imperative on Saturday.

The official word on quarterback Braxton Miller is that he will be a game-time decision on Saturday due to a knee injury he suffered last Saturday against San Diego State University. If Miller is able to play, his rushing potential will likely be limited, and depending on how well he can plant on his injured leg, his passing accuracy may also suffer, so Jordan Hall, Dontre Wilson, and the rest of Ohio State's running back corps will need to step up and move the ball on the ground for the Buckeyes.

What’s it going to take for Cal to finish the job this time? Well, beyond the fairly obvious fact that they must play better than they did the last two weeks, there are three other keys to Saturday night.

Finish Drives - So far this season, the Bears have run more plays than anyone in the country, leading the country in passing yardage, and ranking in the top 10 when it comes to overall yardage. The ugly truth of it, though, is that they haven't exactly taken advantage of all the extra opportunities, opportunities that must be fully converted if they hope to come away with a W this weekend.

Of course, in order to accomplish this goal, they'll have to...

Hold on to the Ball – Cal currently sits at +1 in turnovers, and ideally, they would be able to get that figure to +3 or +4 by the end of this one. Extra possessions are crucial for any team, but particularly so in an offense like this one, as they give further opportunities to fatigue and otherwise tire out opposing defenses. If they cannot generate turnovers of their own, then at the very least, they will be looking to make sure they don’t produce any -- the Bears cannot risk giving the ball back to the likes of Braxton Miller and Dontre Wilson. Ohio State’s playmakers are dangerous enough on their own, and with a defense that is getting younger by the day, the Bears have to…

Grow up Fast – At this point, it’s getting hard to keep track of who will be available and who won’t be on Saturday. Needless to say, it won’t be the first-string Cal defense trotting out there. Still, youth and inexperience are not mutually exclusive with discipline and calm, and it’s those last two things they will need when going toe-to-toe against Ohio State. That means no blown assignments, no uncovered gaps, no missed tackles, no ill-timed brainfreezes, none of the things that did them in against Northwestern, and almost did against Portland State, as well.

Of the three keys to the game I listed, this one may prove the most difficult, as it demands our defense play beyond their years – but that’s what it will take.

Last year’s game proved Cal could compete. Right until the final minute, they did exactly that. Now is time for the second, more difficult transition – proving that they can win.

by Nam Le and Jeanna Thomas 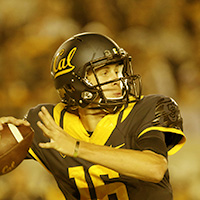 Goff is arguably the most important player to Cal's chances on Saturday. Highly impressive in the two games he's played so far, this will be his biggest test to date, and if Cal is to pull off the upset at home, it's hard to imagine them doing it without him having a huge game against the Buckeyes. He is vastly, vastly better than our last starter, Zach Maynard -- and though Maynard played one of the finest games of his career at the Horseshoe last year, Goff is more accurate, stronger armed, and avoids turnovers far better than his predecessor. 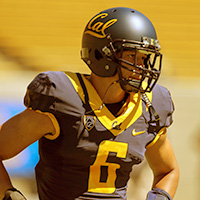 If safety Alex Logan shows up in the starting lineup and doesn't play dramatically better than he did last week [or last year, for those of you have long memories], then Braxton Miller and/or Kenny Guiton should be licking their chops. Logan memorably lost containment on one of Miller's long touchdown runs, and then bit hard to allow the final go-ahead score to Devin Smith during last year's game. Pressed into duty after Avery Sebastian's injury, Logan is very clearly the weak link in an already thin secondary, and his athleticism is fairly limited. There will be no room for error against an opponent of Ohio State's caliber. 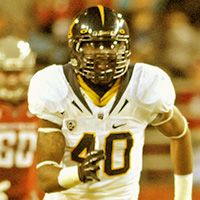 Chris McCain is really the emotional leader of this defense, and right now, the Bears are hoping he will be available following a head injury suffered last week in practice. McCain is one of those guys who plays so goddamn hard every time he's out there – he's a beast in run coverage, he plays with heart and fire. He doesn't have any sacks himself, but he's still the best person on the team at it, and the only one athletic enough to chase down Miller/Guiton. 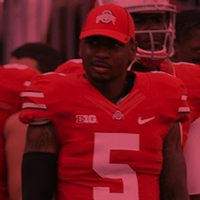 Head coach Urban Meyer stated Wednesday that he did feel "fairly optimistic" about Miller being healthy enough to take the field against Cal on Saturday; however, as of today Miller is labeled as a game-time decision. If Miller does take the field, he will almost certainly not be at full strength, so he will be unlikely to have much rushing impact, and his passing accuracy may be diminished. The running back corps in particular will need to step up to address any deficiencies that result from Miller's injury. 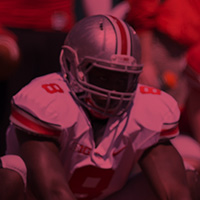 Spence has had one sack in each of the Buckeyes' games so far this season, and the defensive line as a whole has an opportunity to negatively impact Cal quarterback Jared Goff's game this week with pressure. Goff has been very successful throwing the ball, but Spence has shown a talent for getting to the quarterback. 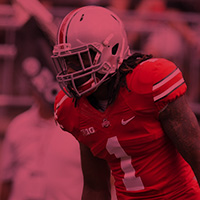 Roby is a very physical cornerback, and his style of coverage will be a big factor in disrupting Cal's passing game. Roby can handle either of the Golden Bears' top receivers, Bryce Treggs and Chris Harper, and his shutdown style of play should provide some turnover opportunities for the rest of Ohio State's secondary.