More on the alternate uniforms Ohio State will wear vs Wisconsin

Share All sharing options for: More on the alternate uniforms Ohio State will wear vs Wisconsin

Ohio State coach Urban Meyer confirmed that the Buckeyes will be wearing a special uniform for this weekend's game against Wisconsin. As first reported by Rivals' Andrew Holleran, the Nike Rivalry uniform will be similar to the set worn in last season's 26-21 victory over Michigan.

A Nike source told Land-Grant Holy Land that, while similar, the uniforms to be worn Saturday night are not the exact same as the jersey worn in the season finale.

The collar of the jersey, which featured Nike's shield logo with a Block "O" has been changed to the school's new athletic logo. The most noticeable change, though, is the numbers. The new set will feature a standard block font, while original unis were sans-serif. This will be mainly reflected in the numbers one (1) and seven (7):

A replica of this Saturday's: 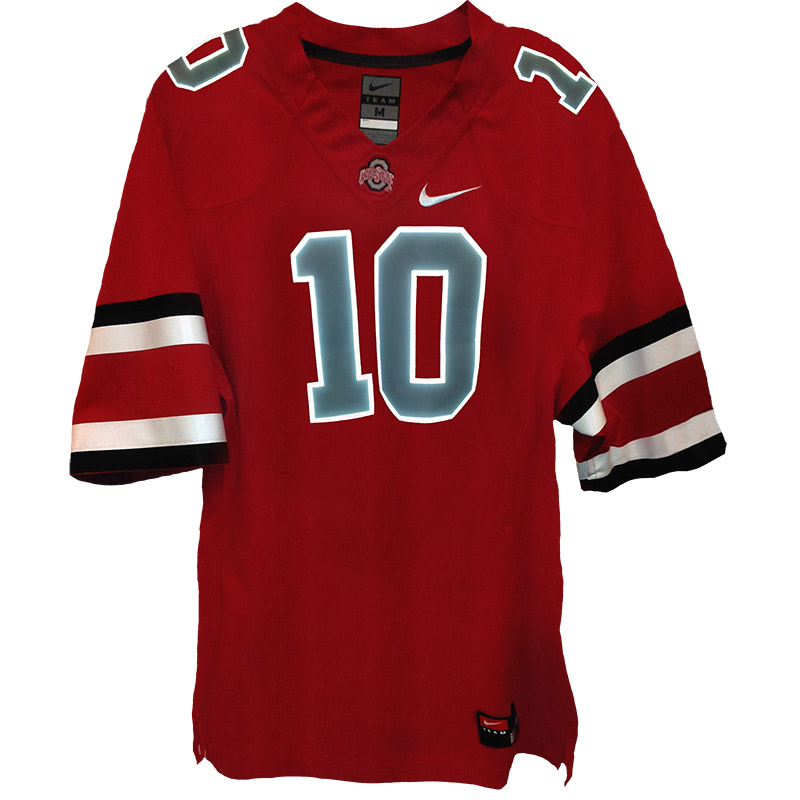 via The Buckeye Room

To wrap up the changes, the Buckeye leaves on the back collar will be gray. The leaves, which symbolize Ohio State's seven past national championships, were black last season.