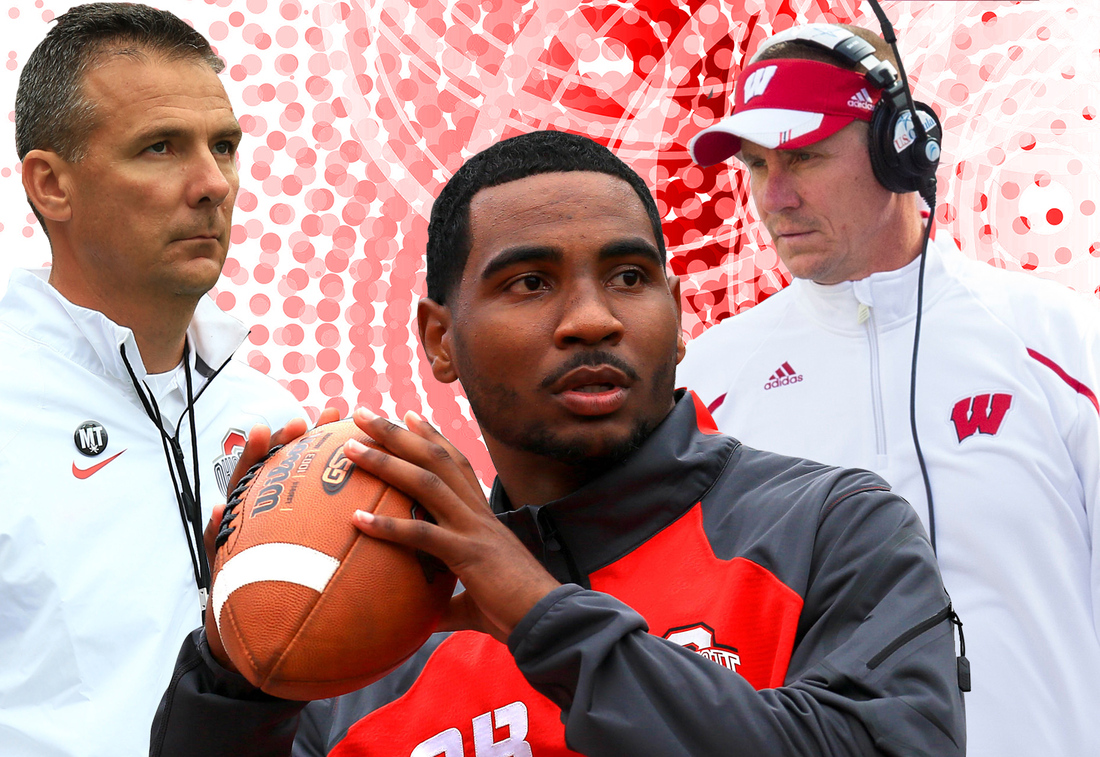 For Wisconsin to avenge last year's overtime loss to Ohio State, several things must hold true. Perhaps that sounds odd for a team coming off a 41-10 win in the Big Ten opener, but 1. That was over Purdue, and 2. Purdue is certainly not Ohio State.

For a team one refereeing debacle away from a 4-0 start, the Badgers have certifiable weaknesses that widen the spectrum of possible season outcomes from a fourth straight Rose Bowl trip to a three- or four-loss season. The consensus entering this season was that the winner of this game would essentially be assured of a Leaders Division title. That still feels more likely than not, so the stakes are incredibly high for a late-September game.

1. Develop consistency in the passing game: If you ask me, Joel Stave isn't that bad. Yes, he's struggled with his accuracy more than expected through four games. His deep ball, previously his undeniable strength as a passer, hasn't been as sharp. His completion percentage is up to 63.2 percent from last year's 50, though that season was injury-shortened.

Simply put, the Badgers' glaring lack of a receiver not named Jared Abbrederis and one of the weaker pass-blocking Wisconsin offensive lines in recent memory haven't done him any favors. That's why this is about developing consistency throughout that entire aspect of the offense, not just Stave.

Unless something crazy happens -- probably bad for Wisconsin, as most envision this scenario as the nightmarish version where Braxton Miller and the Buckeyes run wild -- this game'll be close, and the Badgers will have to make key plays through the air to win. Whether that's key third-down conversations late in the game or the sort of game-winning or tying drive that keeps Wisconsin's dreams alive, it seems "destined" to come down to the passing game.

2. Get Melvin Gordon in the ball: Yes, Wisconsin fans are not entirely happy with the way Melvin Gordon's been used. Yes, we're talking about that for a player leading the nation with 624 rushing yards and a per-carry average of 11.8.

But with those numbers, you'd be expecting a back like Gordon to be getting more than 13.25 carries per game. This isn't a mini-mite, home-run hitter type of runner we're talking about. If anything, that'd be James White, and he's still getting 15.25 carries per game.

Head coach Gary Andersen and offensive coordinator Andy Ludwig have said that division of carries isn't likely to change, as the intention is to cater fully to both backs' strengths. That's legitimate, as Gordon, say, excels on sweeps and breaking long runs going to the outside, while White has proven to be a remarkable receiver out of the backfield or even the slot.

We've seen more and more alignments with both on the field at the same time, and I'd expect that to continue to Saturday night. Maybe Gordon gets a few more carries, but as long as he has it in his hands with the briefest sliver of room, he'll break loose. Don't forget, either, that White's more than capable of doing the same as well.

3. Contain the Ohio State quarterback: Wisconsin has a history of being able to do this against both Miller and Terrelle Pryor. That has fans not entirely fearing this year's match-up, as the front seven is the strongest and deepest the Badgers have had in recent memory.

Wisconsin does represent Ohio State's toughest opponent to date, by far, as well as the Buckeyes' first conference game. Saturday will also be the first time this season that the Buckeyes have been, at least on paper, at full strength. Carlos Hyde, projected in preseason to be Ohio State's most effective rusher in 2013, returned to the field last week following a three-week suspension for an off-the-field incident, and quarterback Braxton Miller, an early Heisman favorite, has missed two weeks with a sprained MCL, but is expected to start on Saturday. This will be the first time Hyde and Miller have been on the field together this season.

Braxton Miller has completed 70.8% of his passes in limited action this season, and he has a real opportunity to take advantage of Wisconsin with his improved passing accuracy and ability. Two key defensive backs are injured heading into Saturday's matchup. T.J. Reynard, who plays nickel, does not appear to be healthy enough to play on Saturday, and starting cornerback Peniel Jean is questionable for Saturday as well. That leaves Wisconsin with a young, inexperienced secondary, and receivers Philly Brown and Devin Smith should be able to exploit that.

Defensively, it is key that the Buckeyes limit the run, particularly on first down. Forcing Joel Stave to throw on second- or third-and-long puts Ohio State's secondary in a position to create turnovers. Ohio State's linebackers in particular will need to contain Melvin Gordon, James White and Corey Clement, and work to limit the big play. Stave seems to have the best chemistry with wide receiver Jared Abbrederis, so putting Bradley Roby in coverage against Abbrederis should go a long way toward limiting what the Badgers can accomplish through the air, as well.

by Jeanna Thomas and Mike Fiammetta 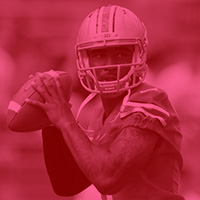 Miller is making his first start since week two, when he played very briefly before going down with a sprained MCL. Buckeyes backup quarterback Kenny Guiton has performed admirably in Miller's absence, and should it turn out that Miller is not quite 100%, Guiton could surely step in and take control of the offense if needed, but Urban Meyer believes Miller is ready to go. It will be interesting to see if the Buckeyes have had to adapt the game plan to accommodate limited mobility or decreased speed from Miller due to the injury. 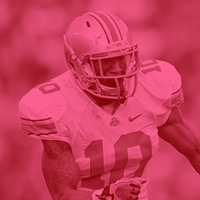 Shazier is one of, if not the, the best outside linebackers in the nation, and his skill set and aggression will be particularly helpful against Wisconsin's prolific rushing attack. Shazier's leadership will help set the defensive tone for this game, and his ability to shed blocks and make plays will be fundamentally important against the potent Wisconsin ground game. 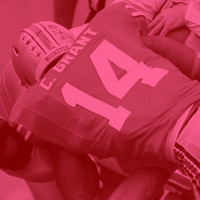 Ohio State needs a true run-stuffer on the field on Saturday, and Grant may be the answer. Urban Meyer remarked that Saturday is, "without question, a defining moment in [Grant's] career." Grant has not seen much action against pass-heavy offenses this season, but the base defense will likely be deployed more consistently to limit Wisconsin's success on the ground, and Grant has an opportunity to make a real name for himself. 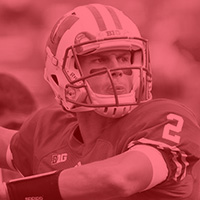 Sunshine’s numbers aren’t terrible: 63.2 percent completion rate, 8.0 yards per attempt and six touchdowns to three interceptions. They’re also not great, and the groundswell for his benching has never been louder. This game figures to be an early-career-defining. He doesn’t need to throw for 300+ for Wisconsin to win; he needs to be sharp, relatively mistake-free and a full complement to the running game. 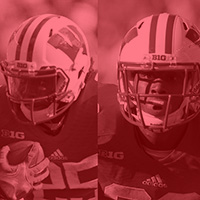 A standout performance in this game could really push Gordon into Heisman contention, but you can’t just leave White out. The senior back has always been "the other guy," having been the back-up of various extends behind Montee Ball and John Clay. Now he’s the de facto starter, yet Gordon’s the one posting the bigger numbers and garnering the hype. Together, they’re arguably college football’s greatest rushing tandem. Getting more of the same from them will be the foundation for the remainder of Wisconsin’s season. 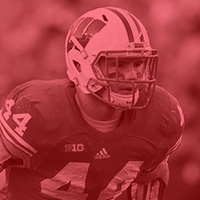 Wisconsin’s inside linebacker is the greatest ‘backer in the country, per Andersen. Of course his head coach would say that, but he’s also not the only one to assert that. The match-up with Ryan Shazier on the opposing sideline is fascinating, and there are definitely some bragging rights on the line here. Most importantly, though, is getting Borland in a position to generate a few big plays. He’s one forced fumble shy of tying the NCAA career record, and the Badgers haven’t really produced turnovers (just seven so far). A key play from Borland or someone else would be another determining factor in any upset Wisconsin pulls.