Ohio State football: Inside the playbook - How the Bucks attack deep, Pt. 2

Maize 'n Brew's SpaceCoyote continues a look at some of Urban Meyer's favorite route concepts. Today we examine a post-corner concept. Like yesterday, we'll look how they attack different coverages with it, and how it can be adjusted to beat any coverage.

Share All sharing options for: Ohio State football: Inside the playbook - How the Bucks attack deep, Pt. 2

Yesterday we examined one of Urban Meyer's favorite route concepts, a post-fly-drag concept. Today, we look at the post-corner concept.

Originally I had thought Buffalo played this with Cover 6, which is essentially Cover 4 to the top of the screen (twins side) and Cover 2 on the bottom. But it's difficult to say. This could be Cover 3, it could Cover 0 with two drops underneath. Regardless, this is a play that was designed to attack both 2-high safeties and single high defenses, and at this point it seemed that Buffalo had begun running more 2-high looks to prevent the big plays. But a play shouldn't just work against a single kind of defense, and I'll try to explain why it worked so simply here as against this defense as well. What's interesting about this play is that it isn't originally a spread concept. I actually stems from many other offenses. In the West Coast Offense it's a scissor concept. You'll see it in run and shoot and other offenses as well. So both of these pass concepts are borrowed, but with the run threat provided by the spread, it becomes easier to read and predict the defenses.

And here's the diagram: 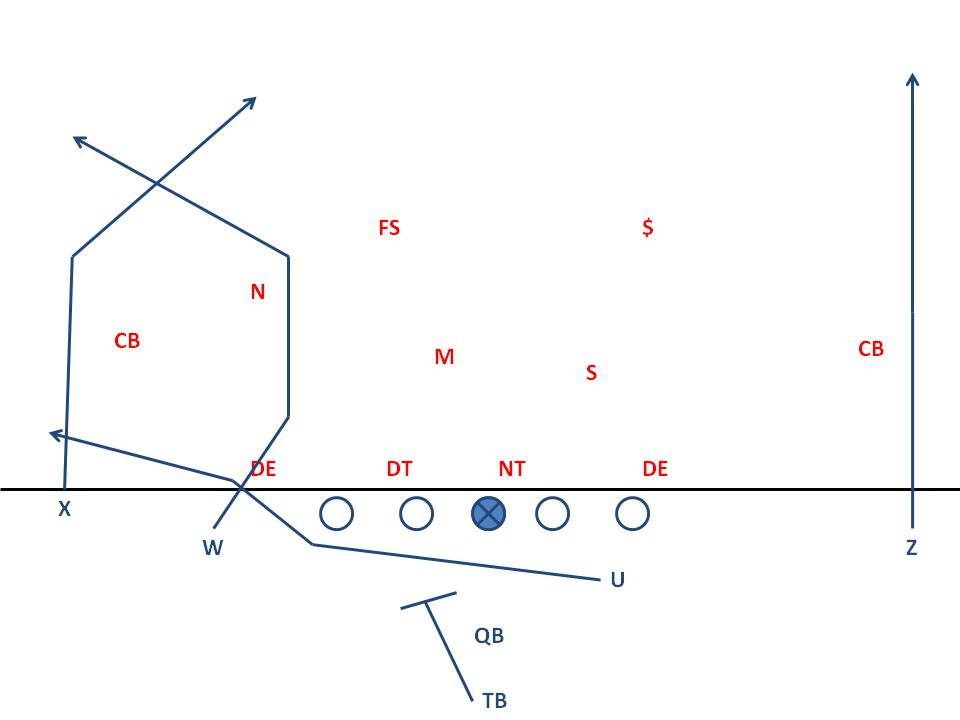 Let's first look at this against a single high safety. The QB's first read is going to the middle third of the field, or the single high safety. Safety goes over top of the fly route, which is essentially just a decoy here, then the post is open with a lot of grass. 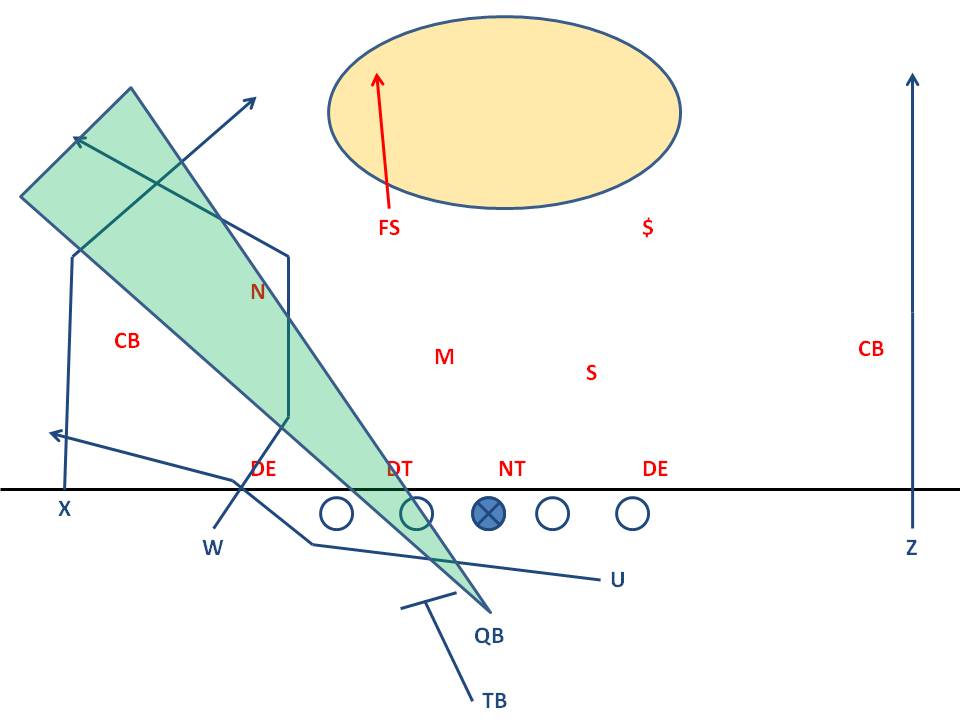 Safety stays in center field, the the X-WR is essentially walling him off from the outside. The NB covering the slot must respect crossing routes, and particularly the dig route, especially because of the initial move inside to the seam. Breaking the route to the corner leaves a lot of open grass, and in the case of the video above, miscommunication results in easy TDs. 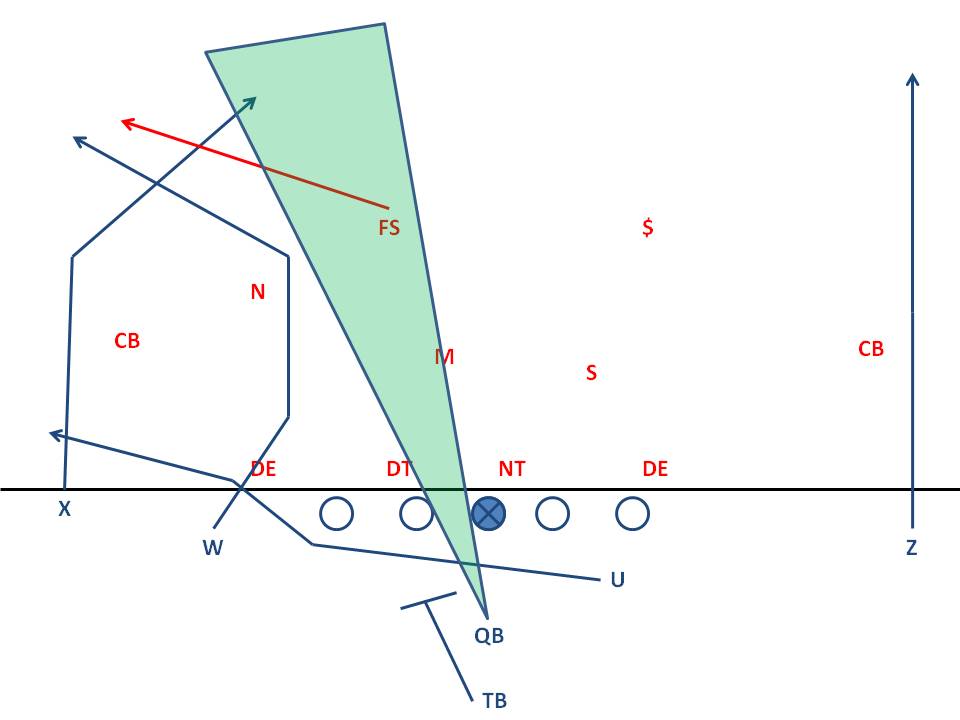 But what about Cover 3? Cover 3 is a defense you don't see run much against run-based spread teams because you're committing 3 deep. But let's say they did, because it's a good defense against this play. Because of the initial inside move by the slot receiver, the hope is that the outside CB then matches up with the X-WR. This means he'll follow him inside. If he doesn't, the slot must flatten his route to the sideline to stay away from the over the top defender and start picking on the underneath coverage. Like before, the same can be applied for Cover 2. 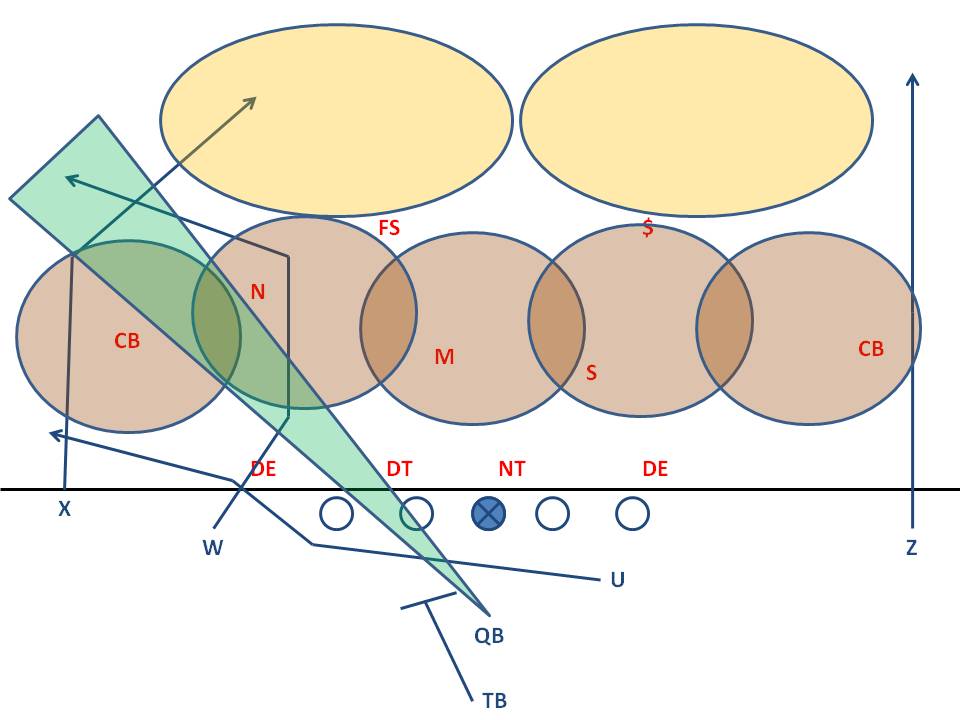 Basically, what this amounts to is that the plays that Meyer has designed to give Miller provide easy, clear reads. Very rarely is he trying to read underneath defenders, which he might struggle with because of his height and the amount of movement going on in a small area. Instead, he's reading a FS deep and making a decision off of that. The goal I believe, from Meyer's perspective, is to give Miller a fast read to get the ball out of his hands relatively quickly for a 5-step drop. The way to defend these plays is to bring pressure or run some sort of Cover 2 man under, which has its own risks. Blitzes can leave defenders out of position, and man coverage takes eyes out of the backfield and keeps players locked on receivers. Mixing man, zone, and blitzing, and then using proper techniques and having perfect communication are the only ways to get a beat on OSU. Otherwise, Meyer will find a tendency and exploit it for big points.