Chris Ash will bring an aggressive defense to Columbus. We take a deep dive into a coaches meeting to pick his brain on how he brings pressure versus the zone read.

Chris Ash is one of the brighter young, defensive minds in college football. He has a very stern teaching method and preaches fundamentals and discipline on defense. For the majority of his career, he has been a secondary coach, but his role has expanded since 2011 when he took on defensive play calling responsibilities. I personally believe he will overtake Luke Fickell as the defensive play caller and Buckeye fans will be seeing a much more aggressive defense next season.

When watching Ash's video that talks about how he pressures versus the zone read, a couple of things stand out: He is an excellent teacher who answers questions immediately, without much over thinking; it comes naturally to him. Ash is very aggressive and loves to bring pressure, making the offense react to his defense, not the other way around. He preaches the details and even showed the other coaches in the room techniques, with the camera panning out on him showing the steps he teaches his defensive backs when blitzing.

Overall, Ash is a very serious defensive coach who seems like a great fit for the Buckeye defense. His football mind is off the charts and I see the defense getting back to where it used to be under Coach Tressel, but with a more aggressive style. Fans will be seeing complex pressure schemes that will force turnovers and a defense that tightens up in the red zone. His defense will reflect his teaching approach, they'll be fast, physical, intense and fundamentally sound.

Last season, the defense had the individual talent, but it seemed that there was too much thinking and not enough confidence in what was being coached. Ash will install a mindset into this defense where they will be so fundamentally sound and drilled in practice, that by game time there will be no thinking and just reaction. The Buckeye defense will be in good hands with Ash calling the shots .

Here are some notes on how Ash attacks the zone read offense: 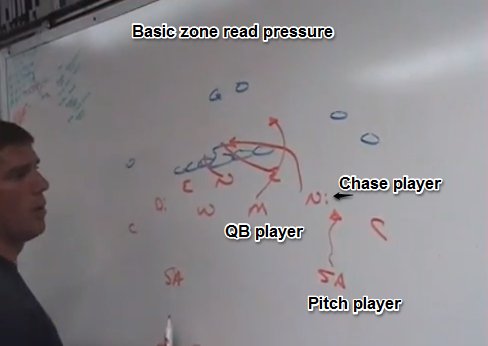 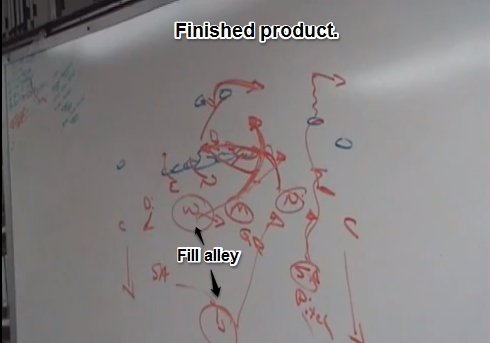 What if the QB reads it correctly and keeps the ball? 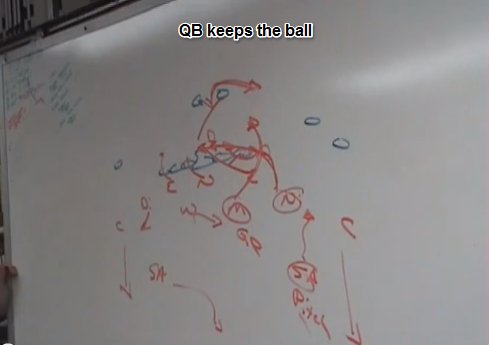 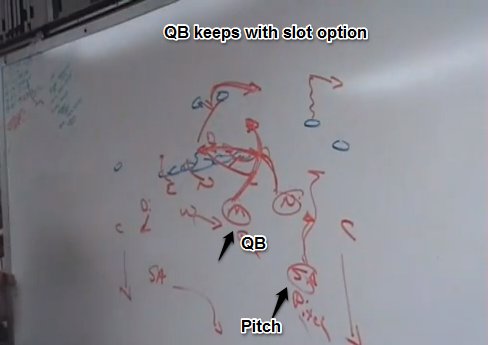 Ash knows that he can't just run wild zone blitzes every play, they have to be calculated or you're going to get burnt. Here is a quote from Ash on the zone blitz, "zone blitzes are like snakes in the grass, you never know when one is going to come up and bite you". He is saying that a zone blitz, like the one above, needs to be called at the right time which would be third and short or a rushing down.

"You have to be careful about the number of zone blitzes that you run, so you can be sound, work on them and have option responsibilities covered". What he is saying is that he likes to call an aggressive defense but he needs to trust his defense first. They need to be drilled in practice and he needs to be able to trust every player on the field to run various zone blitz schemes. If one player is on a different page than the rest of the defense, the blitz will backfire. If the Will LB doesn't fill the alley, the QB can cut back easily for a huge gain.

As I previously said, even if you aren't a huge X's and O's person, check out the video for a few minutes to see how great of a teacher Ash is and how his football mind works at full speed.

On the next installment, we are going to take a deep dive into Ash's coverage philosophies, which after the secondary play of Ohio State in 2013, should be of particular interest to just about all OSU football aficionados.