Here's a map of where Ohio State football players are from

Where do the players that comprised the 2013 Buckeyes hail from?

Share All sharing options for: Here's a map of where Ohio State football players are from

Chief analyst at Mode, Benn Stancil, did the lord's work recently by scrubbing ESPN's players data for hometowns, then matching those to counties using Google Maps' API. From there, with a little help from SQL, he put together some county-by-county analysis and came up with a list of football teams ranked by Geographic diversity (the Ivy Leagues are incredibly diverse; the Texas Longhorns? Not so much).

While his aim was to see if there was a magic sauce (or inherent geographic advantage) for top programs, particularly SEC ones (SPOILER: he pretty much found geographic diversity doesn't correlate to team success and that in order to be an elite program, you might as well recruit exclusively from St. Thomas Aquinas High School, origin point of one Ohio State defensive end Joey Bosa and OSU recruiting target, Nick Bosa), a happy byproduct is our ability to visualize where OSU's football team comes from.

The resulting map is unsurprisingly more diverse than things likely would've been under the previous regime, where by which Ohio and Florida would've almost exclusively the only one shaded in. Though OSU still has work to do to become more diverse geographically, it's pretty interesting to visualize where their current roster (keeping in mind Stancil's methodology is far from scientific and doesn't include fringe players who lack ESPN profiles) to see what it looks like infographically. 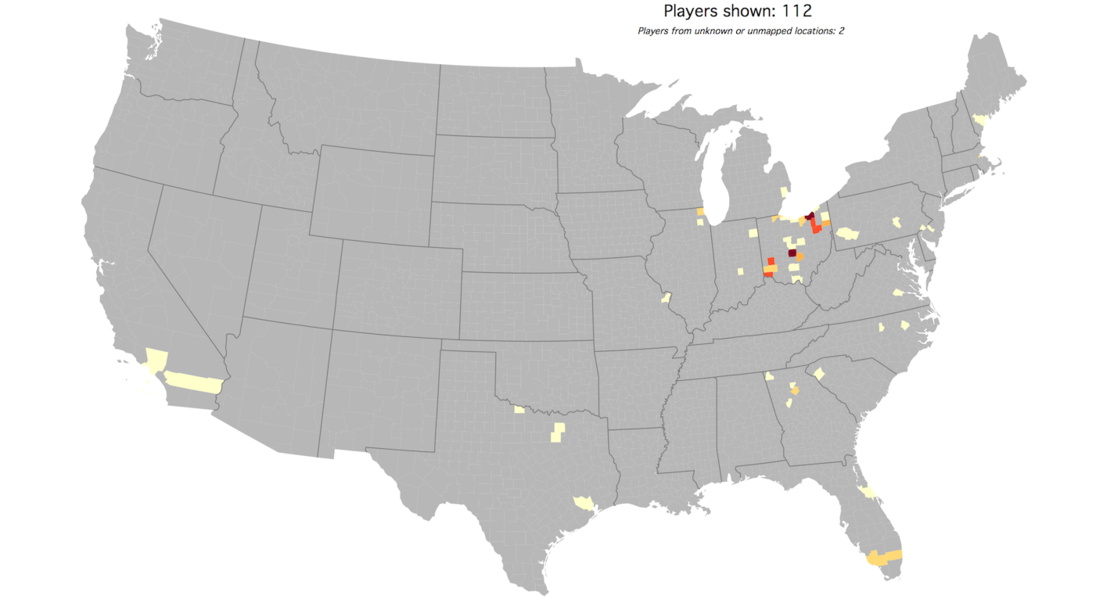 For comparison's sake, what about That Team Up North? 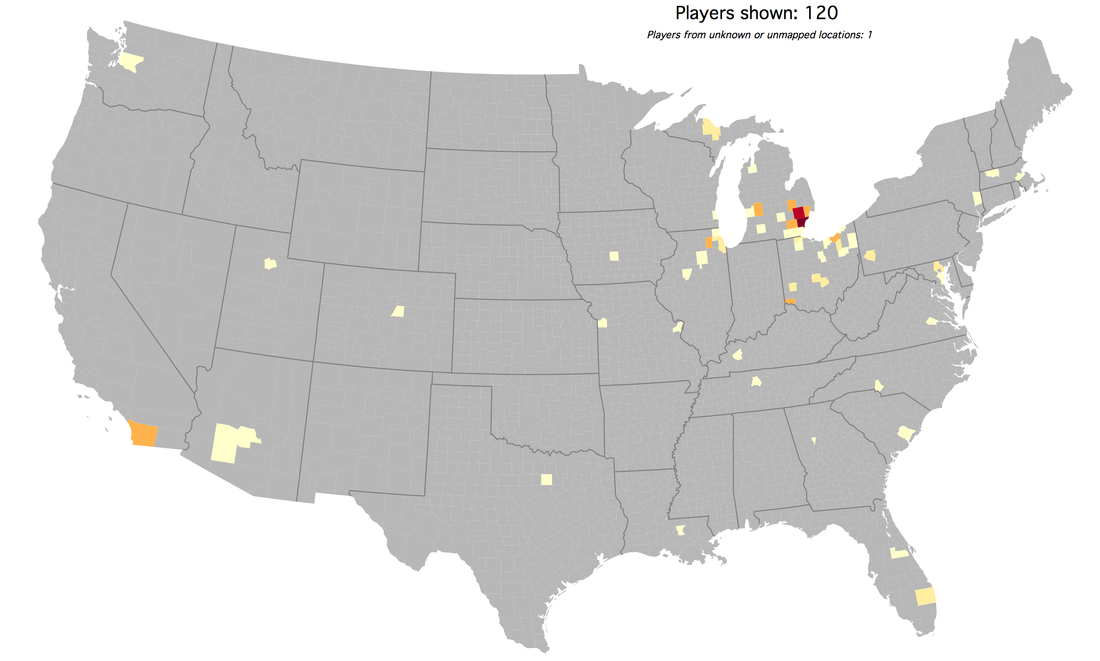 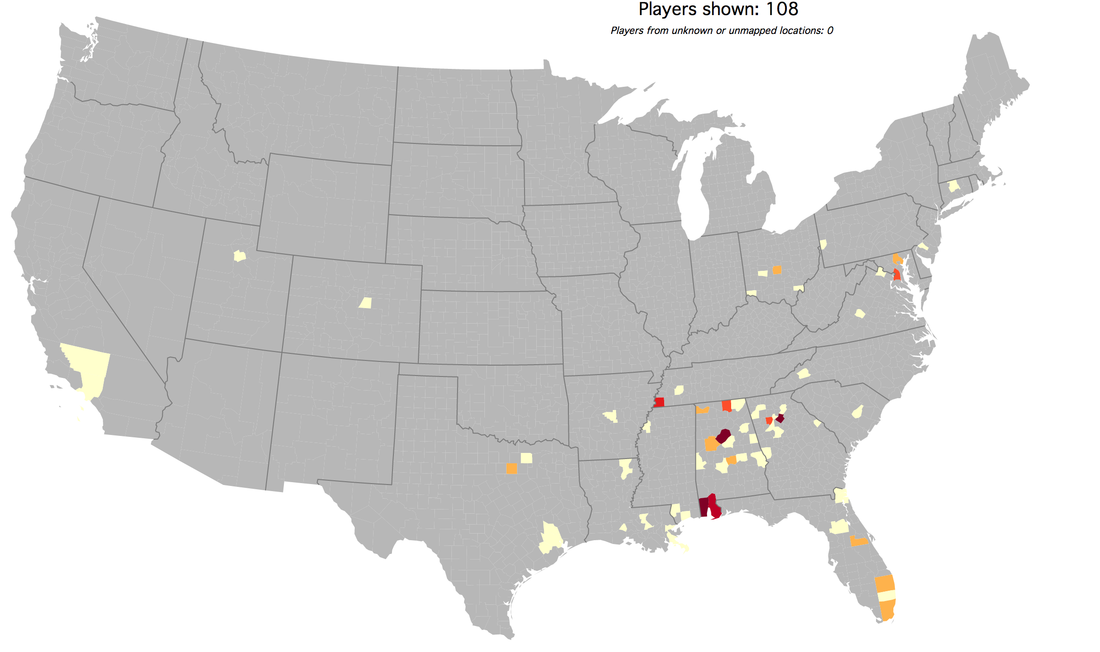 To zoom out a bit, here's the entire 2013 Big Ten's geographic makeup: 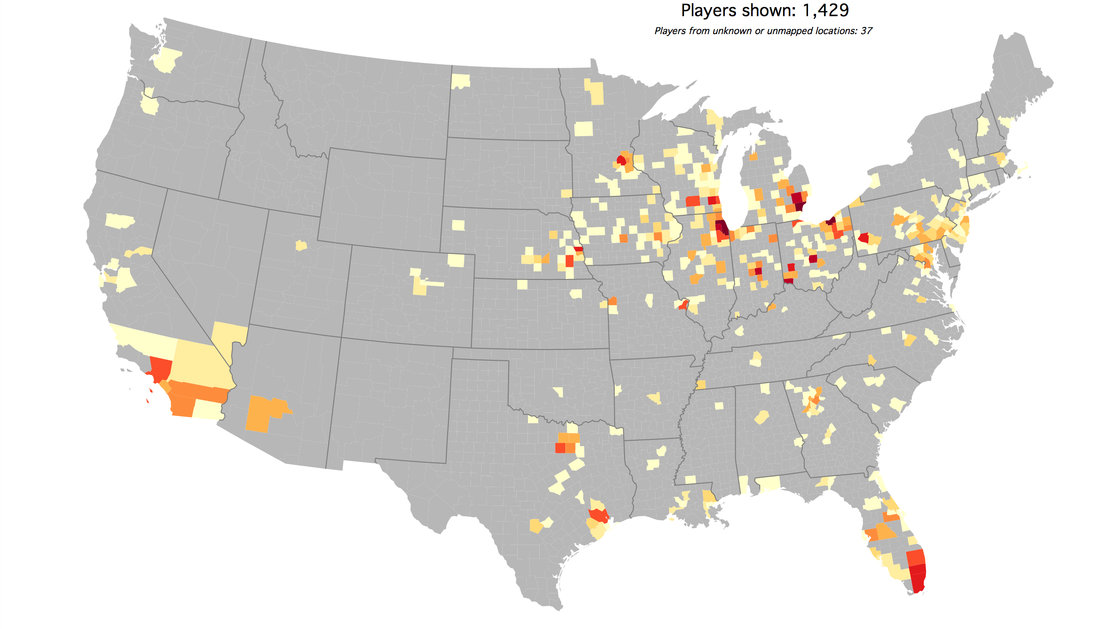 So what about the SEC? Unsurprisingly, it skews a bit more, well, southern: 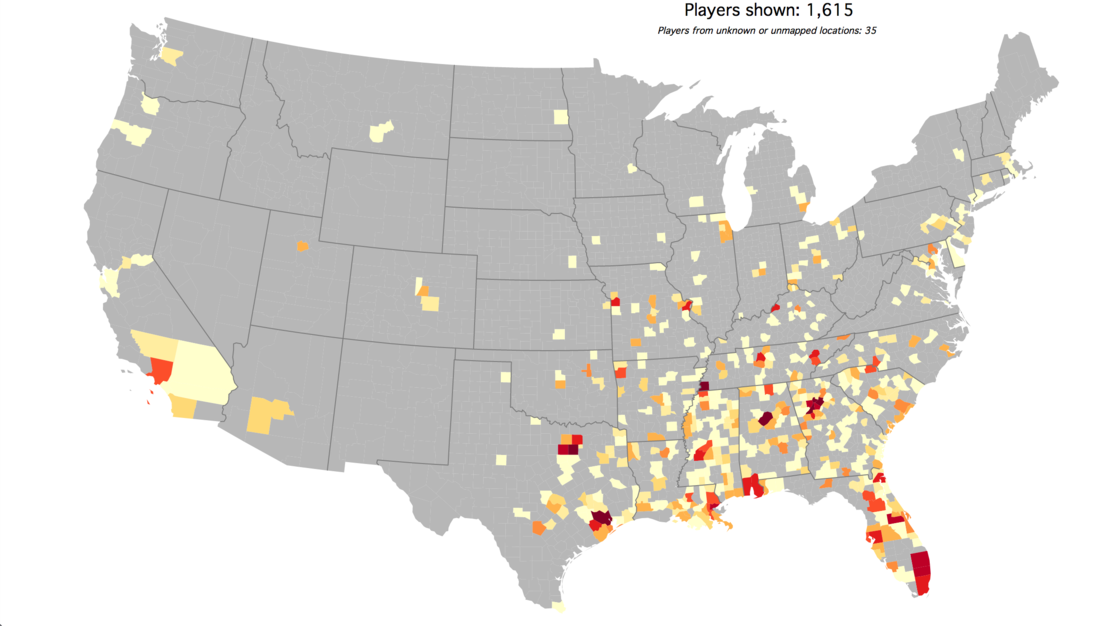 If you want to see the college football landscape as a whole, be sure to check out Benn's original post.