A look at the uniforms the Ohio State baseball team will be wearing for the entirety of the 2014 season.

While the latest uniform technology is all the rage in football and basketball, the Ohio State baseball team is not afforded the same luxury that the revenue sports are. While teams like Oregon and Maryland push the envelope with their uniform designs in every sport, the Buckeyes stand by a more traditional look.

Ohio State will wear a total of six different uniforms throughout the 2014 baseball season, all to be paired with a solid scarlet hat featuring a gray Block "O". The batting helmet replicate the hat.

Ohio State's standard home look is unique, as it is the only vest jersey in the rotation. The white uniform with "Buckeyes" across the chest will be worn over a red long or short sleeve shirt. 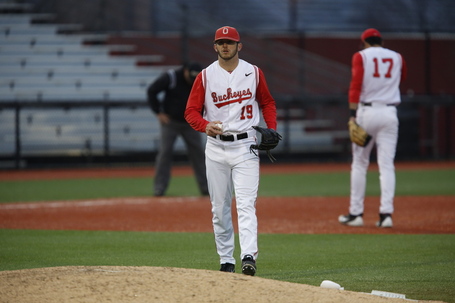 When the Buckeyes play a three game set at Bill Davis Stadium, the scarlet home jersey will be worn at least once. Like all other home uniforms, this look will be paired with white pants that feature a scarlet-gray-scarlet stripe down the side. 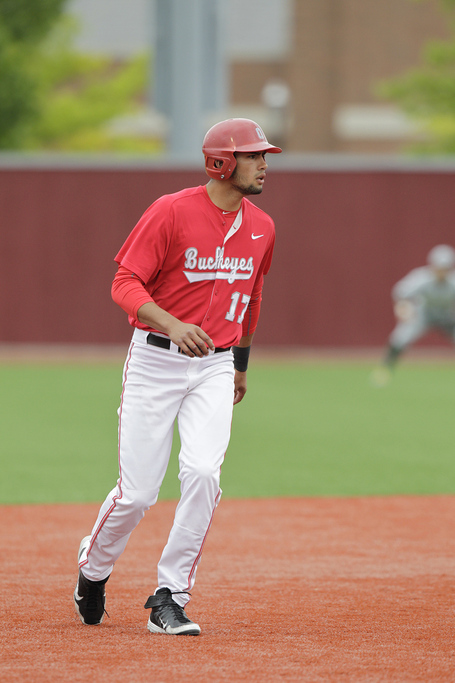 For the second-consecutive season, Ohio State will wear a digital camouflage uniform for select games. Originally planned for a rained-out game against Akron following the tragedy at the Boston Marathon, the Buckeyes wore this gray-tinted uniform in a 3-1 victory over Penn State. 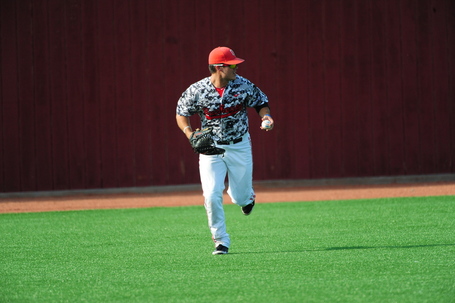 Outside of their trips to Florida and North Carolina, where the Buckeyes may be designated the home squad, the team will break out their road gray uniforms. This uniform, which features "Ohio State" written across the chest in scarlet cursive lettering, will be paired with gray pants that feature a scarlet-gray-scarlet stripe down the side, similar to that of the home set. 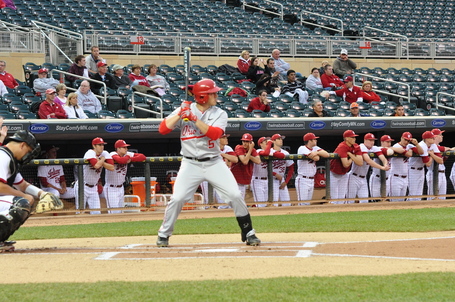 As is custom at home, the Buckeyes will alternate uniforms when they hit the road. A scarlet road uniform, inverted from the standard road uniform, features "Ohio State" written across the chest in gray cursive lettering. 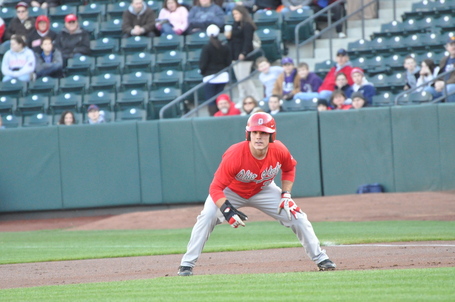 One oddity in Ohio State's rotation, however, is a second gray jersey. This uniform features "Ohio State" across the chest, but with a font similar to that of the basketball team's uniforms. Unlike the revenue sports, the Ohio State baseball team lacks brand consistency from one uniform to another. 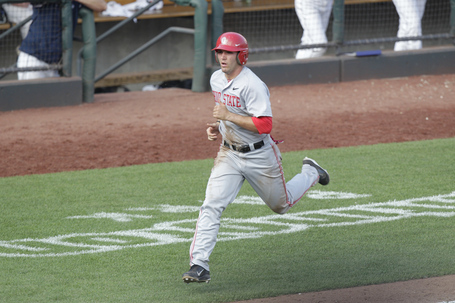 All photos used with permission from Ohio State athletics