The second game of the four first round tilts of the 2014 Big Ten Tournament will feature Purdue taking on Ohio State. The Buckeyes swept both of the games these two teams played during the regular season, and will be looking to get their drive for a fifth Big Ten Tournament title off to a strong start.

Purdue comes into this match as the 12th seed, and has been really struggling as late, dropping their last six games to close out the regular season. One of the glaring problems during the losing streak for Purdue has been with their defense. Coinciding with their losing streak, Purdue has allowed six straight opponents to score 70 points or more, which is the first time that has happened since December of 2002.

For all of their defensive deficiencies, Purdue did have a player named to the Big Ten All-Defensive Team on Monday. A.J. Hammons earned those honors this year for his work for the Boilermakers on the defensive block. Hammons ranked 13th in the country this year with 91 blocks, and has 13 games where he rejected at least four shots. Not only was Hammons added to the defensive honors team, but his all-around play was good enough to garner being recognized as Honorable Mention All-Big Ten.

The first of the two games these two teams played took place on New Year's Eve, with Ohio State earning a 78-69 win in West Lafayette. The game was tight most of the way, with Ohio State taking a 34-33 lead into halftime before a 10-2 run in the second half allowed the Buckeyes to create the breathing room they needed. LaQuinton Ross played one of the best games of his career, notching career-highs with 25 points and 12 rebounds, while Shannon Scott added his own career-high with 18 points.

Purdue was able to match Ohio State a good portion of the way behind a monster game from A.J. Hammons, but the difference in the game came from the work of Aaron Craft that had a hand in earning him Big The Player of the Week honors the next week. The senior did a little bit of everything for the Buckeyes, scoring seven points, grabbing eight rebounds, dishing out 10 assists, and swiping four steals. Even while being out-rebounded by Purdue 46-37, the Buckeyes spread the wealth by registering 21 assists.

In the return matchup in Columbus on February 8th, the script was a lot like the first meeting between these two teams for a good portion of the way, with Purdue hanging around before Ohio State was able to pull away towards the end of the game. The Boilermakers jumped out to an early 6-0 lead that was answered by a 10-0 run by Ohio State. Amir Williams and Trey McDonald had their problems with A.J. Hammons down low, with both Buckeyes picking up two fouls in the first half. Ohio State was able to take a 31-25 lead into the locker room at halftime.

Smith Jr hit four three-pointers in the game to finish with 16 points and five assists, while LaQuinton Ross was again the leading scorer for Ohio State in the game with 17 points. While Aaron Craft didn't have quite the statline that he did against Purdue in the first meeting, he still finished with seven points, four assists, and three steals to help Ohio State's cause.

Purdue got contributions from a couple players off the bench in last month's game that will likely be in the starting lineup when the game tips in Indianapolis later today. Kendall Stephens was able to crack the tough Ohio State perimeter defense to hit three three-pointers on his way to a team-high 12 points for Purdue, while Rapheal Davis added 11 points for the Boilermakers. After his performance in West Lafayette, and Amir Williams and Trey McDonald each picking up two fouls early in the first half, Ohio State was able to hold A.J. Hammons in check for the most part, limiting him to 11 points, seven rebounds, and three blocks. Hammons also turned the ball over five times in the loss.

This is the ninth straight year that Ohio State has reached at least 10 conference wins, and this year they were able to do it mainly through their defense. The Buckeyes are only allowing opponents to shoot 28.6% from three-point range this year. The key catalyst behind Ohio State's defensive success was their perimeter defense. Aaron Craft was not only named the Big Ten's Defensive Player of the Year for the second time, but also was named to the Big Ten All-Defense Team for the fourth time in his career. Shannon Scott was also recognized by also being named to the Big Ten All-Defense Team for the second time his career.

While Ohio State is the favorite this game, the Buckeyes can't take anything for granted. With how unpredictable the Big Ten has been this year, and how streaky Ohio State has been, the recipe for an upset is there for Purdue. There has been a number of games this year where the Buckeyes have had chances to put their opponent away but failed to, and it came back to bite them. A fews wins in Indianapolis this weekend could help the Buckeyes in terms of seeding on Selection Sunday, while an early exit could provide them with a real tough matchup next week. The winner of this game will move on to face the fourth-seeded Nebraska Cornhuskers on Friday afternoon.

So far in the two previous matchups this season, Ohio State has forced Purdue to commit 27 turnovers. The Buckeyes are 1st in the Big Ten with a +2.61 turnover margin while Purdue is 11th at -2.5. Shannon Scott and Aaron Craft should be able to make life miserable for the Boilermakers with their ability to force opponents into making mistakes.

That is the record Ohio State has against Purdue when the Buckeyes are ranked inside the AP Top 25. After being unranked last week, Ohio State slipped back into the AP poll on Monday and currently sits in the 24th spot.

Lenzelle Smith Jr needs only 7 points to reach 1,000 points in his Ohio State career. Once he reaches the 1,000 point mark, Smith Jr will become the 26th Buckeye to record 1,000 points and 500 rebounds in a career. Lenzelle has already passed the 500 rebound mark and currently sits with 535 rebounds in his four years in Columbus. 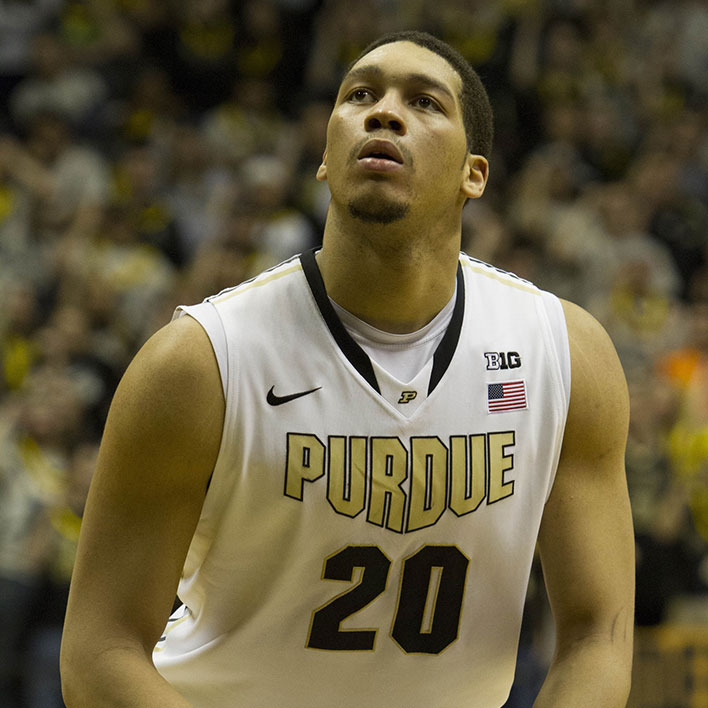 If Purdue is going to have a chance in this one, they'll need a strong game from their big man. So far in Big Ten play this year Hammons has registered six double-double which leads the conference. He is the only player in the country this season to have a game with at least 15 points, 15 rebounds, five blocks, and four assists, which came against Ohio State on December 31st. 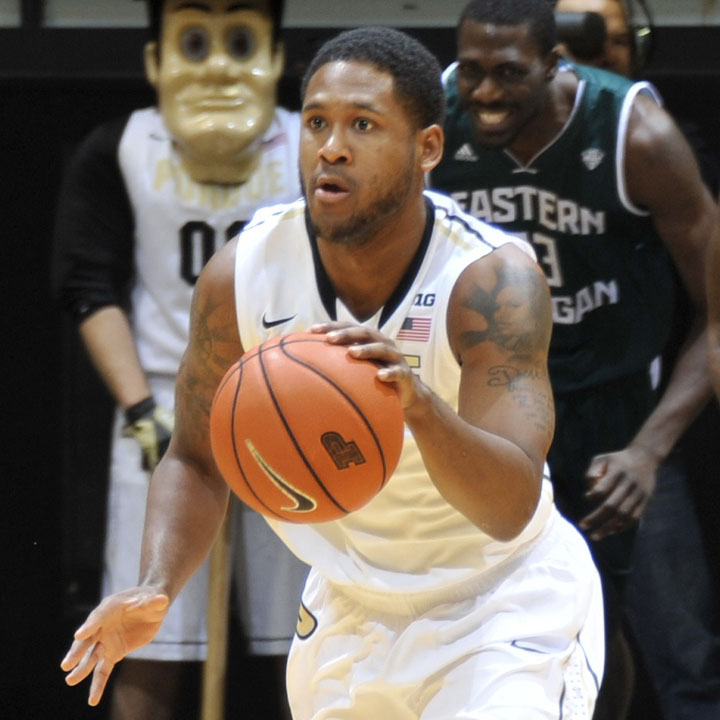 The Purdue senior needs only five assists to become the third Boilermaker to reach 1,300 points, 400 rebounds, and 300 assists. Johnson had a mixed bag of results against the Buckeyes this year, scoring 13 points and dishing out nine assists in the loss in December, while only shooting 1-8 and finishing with just three points in the February loss in Columbus. 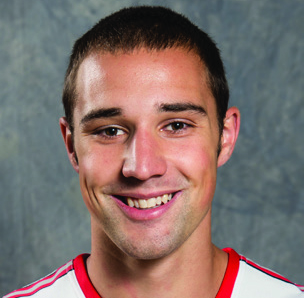 Enjoy these games while you can since there isn't many games left where we'll be able to see Craft on the court for the Buckeyes. On Monday the super senior was named 2014 Big Ten Defensive Player of the Year, as well included on the 2nd Team All-Big Ten. He is the only Buckeye with 1,000 points, 600 assists, 300 steals, and 450 rebounds in a career 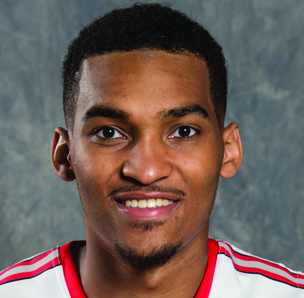 A hot start to the Big Ten Tournament for Ross might be able to kickstart a strong March for the Buckeyes, and help them stay alive longer in the Big Ten and NCAA Tournaments than many are expecting. Ross was named honorable mention All-Big Ten on Monday, and is averaging 21 points per game against Purdue this year.