The 2014 NCAA Tournament is upon us. Get your printable bracket filled out and ready to go – and let your picks do the talking for you.

Share All sharing options for: Printable NCAA bracket 2014: Fill out your picks

The 2014 NCAA Tournament bracket matchups are now locked in. It's now that time of the year where from about now until Thursday, your productivity at work spirals as you spend each free second filling out different permutations and slight, variable tweaks in order to gun for the perfect bracket.

To held your efforts, SB Nation has teamed with Microsoft's One Drive to bring you a printable bracket, with all the first and second round action accounted for. Is Louisville's four seed a gift or a curse (especially considering them finding themselves in the so-called 'bracket of death')? Can Ohio State overcome their struggles with the zone if they beat local foe Dayton in the second round and face Syracuse in the next? And can Michigan get passed a potential Duke or Baylor in the Sweet 16 to reach similar heights as they achieved last year?

Now as you get through your brackets and make your picks, there are a couple baselines you've got to remember. It's better to get more right later than earlier, even if you just have a feeling about that one potential Cinderella. Some words of wisdom:

– Of course when all else fails, go chalk. The Final Four tends, overall, to feel rather "safe" and sometimes predictable, even if it isn't all one seeds.

Click and print the bracket below. Then, fill it out, and shove it in the face of that annoying Michigan fan in the corner office when you absolutely nail VCU to the Sweet 16 or your own special upset pick nobody saw coming. Good luck! 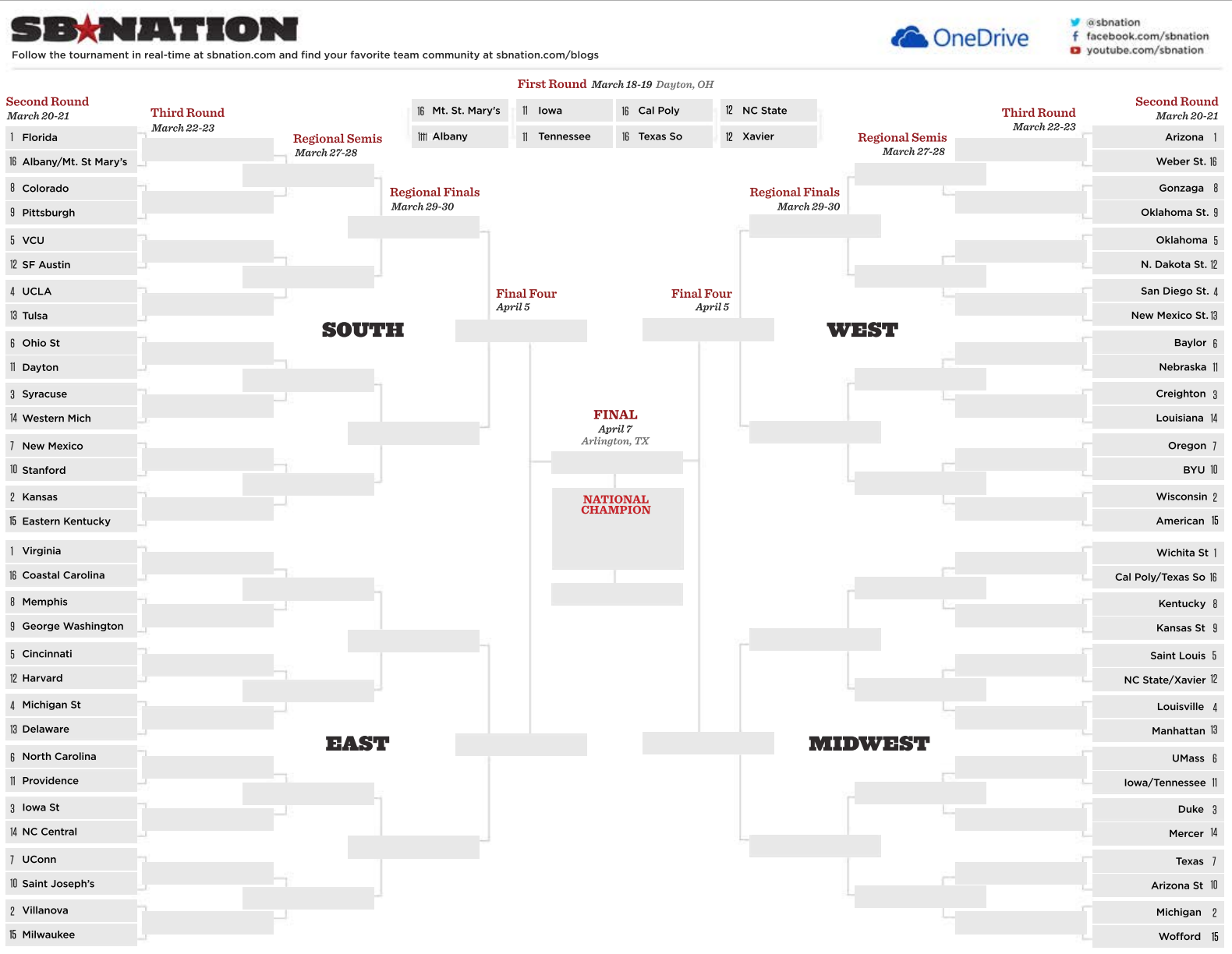