One of the biggest question marks for Urban Meyer and the Buckeyes is replacing four starters on the line. We take a closer look at who will make up the depth on the offensive line.

UPDATE: Ohio State's added former Alabama starter center Chad Lindsay as a graduate transfer. Lindsay is almost assuredly going to join Taylor Decker and Pat Elflein in the starting lineup. You can read all about what he brings to the offensive line here.

Previously, we took a look at one of the Buckeyes deepest position groups – the tight ends. This week, we will dive into a group that lacks both depth and experience. The offensive line returns one starter after losing four seniors from last year's productive group. The 2014 Buckeye offensive line will be a key piece to the puzzle for Ohio State if they plan on being among the best in the country again this year.

Last season, Meyer was blessed with what he said was "one of the best offensive lines" he had ever coached. Unfortunately, he may not be so lucky this season. Not only was last year's o-line one of the best in the country, but they also provided much needed leadership for the Buckeyes. Replacing guys like All-American Jack Mewhort, will likely be the focus of Meyer when fall camp rolls around.

From last year's group, the Bucks will return just one starter in Taylor Decker. Decker, a 6'7 junior, played exclusively at right tackle last season. This season, Decker will move to the left side of the ball to protect quarterback Braxton Miller's blind side. Decker will have to take on more of a leadership role this year, but offensive line coach Ed Warinner isn't worried, as he believes the four seniors from last season helped prepare Decker for this task. Likely battling for second spot behind Decker will be redshirt sophomore, Kyle Dodson, and incoming freshman Jamarco Jones. Dodson had an up and down spring this year, so he by no means has clinched the two spot. Jones, a four-star tackle out of Chicago, possesses both size and athleticism that will make him a great fit for Urban's offense. Typically jumping into the regular rotation as a freshman is a tall order, but Jones has a chance. 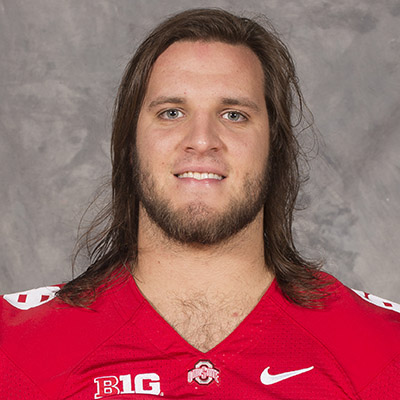 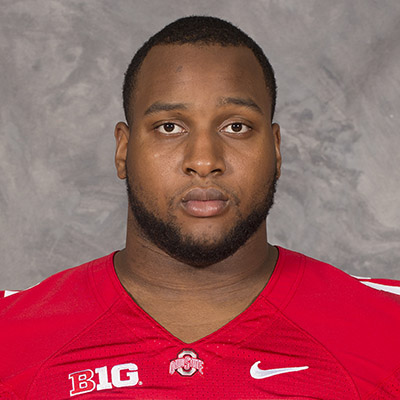 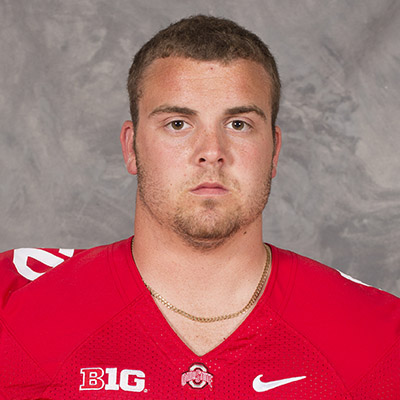 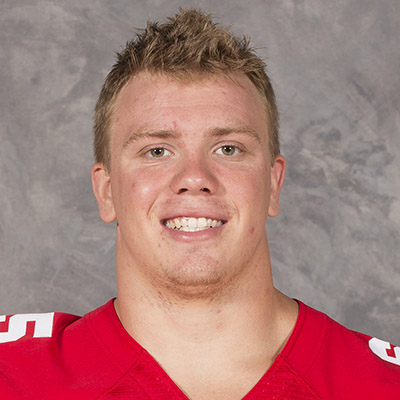 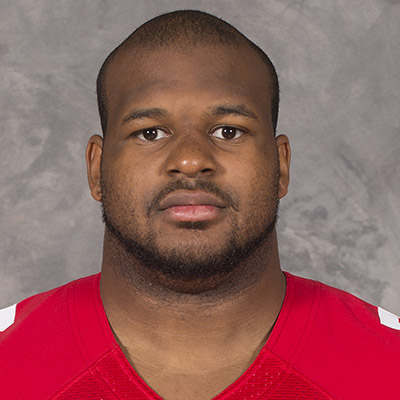 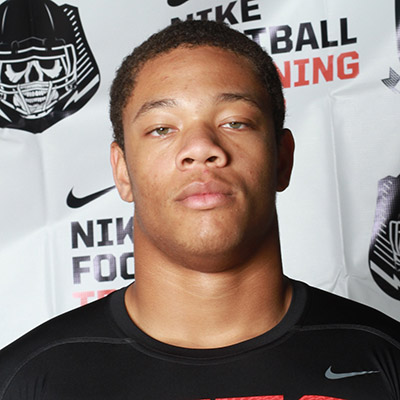 Next, we will take a look at left guard. Coach Meyer has yet to name a starter here, but redshirt junior Antonio Underwood has emerged as the early leader. During the entirety of spring camp, Underwood took snaps with the first team. Underwood, a three-star guard out of Cleveland, will have the edge when fall camp rolls around, but he will likely be pushed by former defensive tackle Joel Hale. Hale, a senior, made the move to offense this offseason to provide more depth at offensive line. Hale took the majority of the second team snaps in the spring, but will get more and more familiar with the offensive side of the ball as we get closer and closer to the season. Redshirt junior Chase Farris will also be in the mix this fall for playing time. Farris was unable to compete in spring ball after injuring his ACL last season, but should be good to go for fall camp. You may remember Farris, as he was close to winning the battle for right tackle last season during spring camp. After losing that spot to Decker, Farris added depth to both the offensive and defensive lines last season.

Going into spring practice Jacoby Boren was the heavy favorite to win the center job. Since then, Boren still has a slight edge, but redshirt freshman Billy Price has certainly closed the gap. Boren (yes, he is the brother of Zach Boren) and Price basically shared the first team snaps this spring. Boren gets the nod here because of his experience, but that certainly is not etched in stone.

The only other player aside from Decker to have locked a starting job is Pat Elflein. You likely remember Elflein seeing the field last season, as he filled in for the suspended Marcus Hall after his salute to that team up north's fans. Although it's always nerve-racking to replace a starter in midst of an undefeated season, Buckeye fans were quickly put to ease, as Elflein played very well. That great play continued into spring ball, and about halfway through spring practice Meyer named Elflein as a starter. Behind Elflein this spring was redshirt junior Tommy Brown, and early enrollee, Marcelys Jones. Both Brown and Jones took snaps with the second team this spring. Warinner spoke highly of Jones early on this spring, but the hype kind of died down near the end of the spring. These two will battle this fall, but it is likely Jones will redshirt this season to give him extra time to develop. Another name to watch here is incoming freshman Demetrius Knox. Knox, a four-star guard out of Texas, has been numerously praised by Coach Meyer. Expect to see Knox come in this fall and immediately crack the two deep. Jamarco Jones and Knox were both both mentioned by Meyer after the spring game as guys who will come in and compete for playing time immediately.

Replacing Decker at right tackle this season will likely be redshirt senior Darryl Baldwin. This will be Baldwin's last chance to see the field so expect to see the best out him this year. Baldwin took the majority of the snaps with the first team this spring, but he has yet to lock down the starting job. Battling right behind him is redshirt freshman Evan Lisle. He will look to push Baldwin this fall to make his case for the starting job. Behind these two are freshmen Kyle Trout and Brady Taylor. Trout enrolled early so he was able to go through winter workouts and spring ball, giving him the early edge over Taylor. On national signing day Meyer pointed out that Taylor may see the field sooner than many people think, but expect both Trout and Taylor to take a redshirt this year to help further their development.

After spring practice it was clear the Meyer is still not satisfied with his offensive line. This unit will be the biggest concern for him this season. Guys will need to step up and young players will have to grow up early this fall if this unit wants to be half as good as the line from last season. It is certain that the offense will be different as they cannot rely on their big offensive line as much this season.