"Game of Thrones" mocks the draft

How do the players of TV's most popular show feel about the top prospects in this year's NFL Draft?

Share All sharing options for: "Game of Thrones" mocks the draft

Derek Carr is among the quarterbacks expected to be drafted in the first two rounds of 2014. Like all the quarterbacks in this year's crop, he's been the subject of pretty endless speculation and nitpicky criticism. Chief among his knocks is that he is the younger brother of David Carr, first overall pick in the 2002 draft, sentenced to a career death on the then-(as now) terrible Houston Texans.

"We know who you are, we've heard all about you, but hearing is one thing. Aren't you just marvelous? Absolutely singular. I hear you knocked my grandson in the dirt like the silly little boy he is." 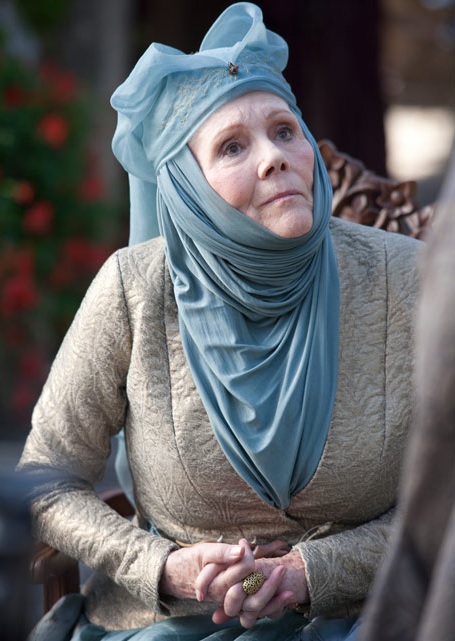 Another top prospect who has been called every name imaginable by NFL scouts and GM's hiding behind the mask of anonymity is former South Carolina defensive terror Jadeveon Clowney. Clowney, who laid the most infamous hit of the 2012-2013 season on lilliputian Michigan running back Vincent Smith, is a physical freak with all the tools to succeed at the NFL level. And much like Brienne of Tarth, his assets have to be seen to be believed. 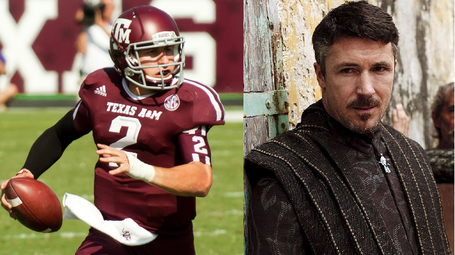 There isn't much left to say about college football's most controversial folk hero, so we won't say much. But it only seems fitting that a quote from Littlefinger so aptly describes the style of play espoused by the Little Quarterback, who has climbed into stardom by making plays that should never, ever work.

"I heard a song once, about a boy of modest means, who found his way into the home of a very prominent family." 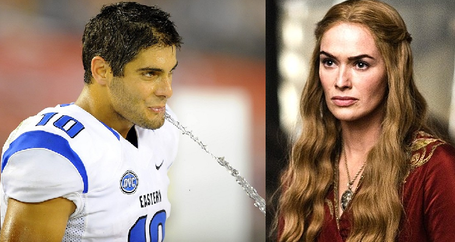 Because of the extra two weeks afforded to draftniks and pundits alike to poke, prod, and pick apart the playing styles of the most prominent quarterbacks in this draft, the consensus seems to have steered towards "THEY'RE ALL TERRIBLE, DON'T DRAFT THEM, ESPECIALLY BRIDGEWATER." Enter Jimmy Garoppolo. The former quarterback for the Eastern Illinois Panthers, Garoppolo has emerged as a dark horse candidate for "Best QB in the draft" status. Cersei Lannister might have been needling Lord Baelish about his lack of good pedigree, but she may as well have been talking about the 6'3 Ohio Valley Conference prospect who I had legitimately never heard of until two weeks ago.

"So let me explain my position...I make my living by trade and I judge every trade by its merits. You say I will be repaid triple. I do not doubt your honesty or intentions, but...do you have an army?"

-The Spice King of Qarth, aka Bill Belichick

Every year, the Hooded One trades down and stockpiles picks. Every year,the national sports media decries the Patriots passing on heaps of "can't-miss" prospects. Every year, the Patriots manage to go 12-4 and make the playoffs. The most formidable opponent is the one who knows he is playing chess while the rest of the world thinks the game is checkers. Not to be trifled with, unless you have a few dragons in your employ.