The former Ohio State offensive lineman was somewhat surprisingly not taken and will instead have to prove his merits as an undrafted free agent camp invitee.

In a bit of a surprise, Andrew Norwell went undrafted in the 2014 NFL Draft. He'll instead have to secure his professional future on the field at the Carolina Panthers' rookie mini-camp. Norwell was a two-time first-team all-Big Ten Conference offensive lineman who was a force for the Buckeyes on the offensive line for three consecutive years. 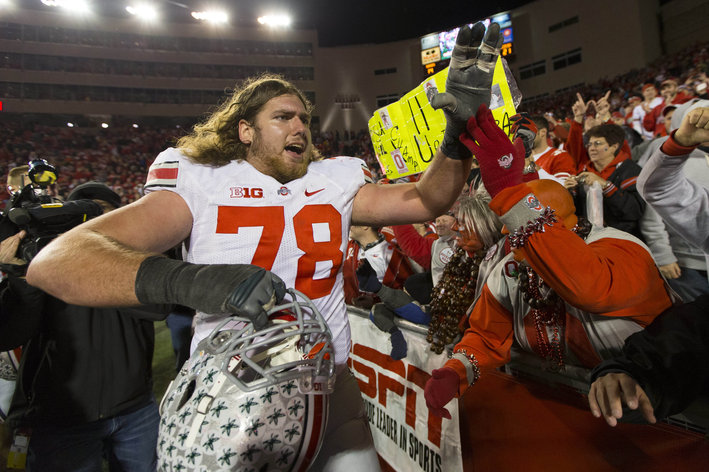 "Norwell may have excellent size, but he needs to improve his strength. At the NFL Combine, Norwell was only able to do 22 reps during the 225-pound bench press. Compare that to Corey Linsley who is three inches shorter and 20 pounds lighter, who was able to do 14 more reps." - LGHL's Ian Cuevas

Norwell was also one of four seniors on the offensive line during the 2013 season and helped open up lane for fellow draftee Carlos Hyde (who was selected by the 49ers in the second round) and also worked pass protection to give Braxton Miller time to make a play. Norwell helped power the Buckeyes to ranking fifth nationally in rushing in 2013 (308.6 yards per game) while shattering school records for points scored (637), touchdowns (87) and touchdown passes (38).