The former Ohio State safety will try to make the New York Giants this summer.

Though he struggled after his long time running mate Christian Bryant went down with injury (and the Bucks got inconsistent play from first round 2014 NFL Draft pick Bradley Roby), C.J. Barnett will have a shot to continue playing competitive football, now professionally. As first reported by Rivals' Kevin Noon, Barnett will try to stick with the New York Giants. 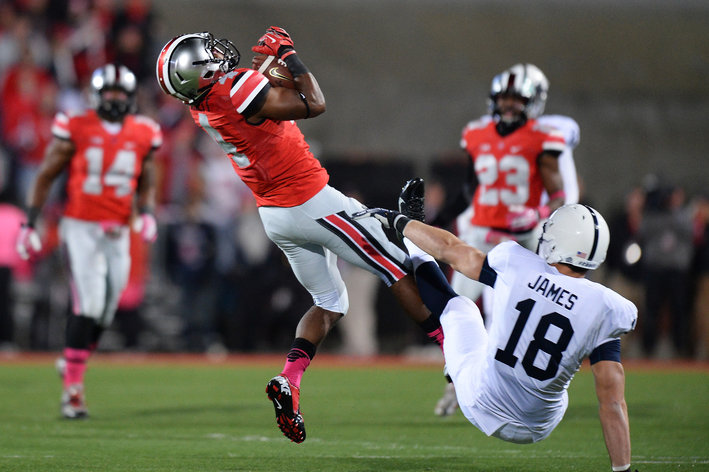 "What Barnett will bring to a NFL team is a very intelligent and instinctual style of play. The trust that Barnett has in what he sees allows him to be aggressive in run support. This is shown by his impressive tackle totals for a safety in his time as a starter in Columbus. Barnett has good size for a safety, which allows him to be a very physical tackler.." - LGHL's Brett Ludwiczak

Barnett, a one time four-star out of Clayton, Ohio's Northmont high school, is a reliable tackler and could help on special teams having served as the gunner on the punt coverage team during his time in Columbus. Though he may not be the fastest defensive back on his new NFL team, Barnett looks the part of an NFL safety and is more than able to make up for the lack of his elite speed with his savvy.

Barnett at one point ranked in SB Nation's draft analyst Dan Kadar's Top 200 this past April, he'd finish just on the outside looking in as the 224th best player overall. Entering Saturday's day three, Kadar had Barnett as the 132nd best player remaining, but he wasn't chosen in the final 156 picks earlier today.